Posted by Isabela Supovitz-Aznar in World History - Block on Tuesday, October 4, 2011 at 9:21 am
​Stressful Mess
Scenery:
sitting at a desk, face in hands, veins clearly visible in her cheeks and forehead.


I took a deep breath, inhaling all the tension I felt in the room and then letting it out. “I just don’t know what else to do” I told Bill, my husband “Nothing I do will satisfy everyone. I really think these tar sands will help raise the economy levels here. It’s a great deal I just don’t think we can pass up...these people don’t think I've done my research” Bill nodded sympathetically, a thin line that were his lips pressing together. I knew he didn’t fully understand the stress that I was under. I pressed my fingertips into my temples and let out a shaky breath. If anyone in my field, or anyone aware of the choices I make every day saw me like this they would cringe. “Hilary can’t keep it together” they would snicker, so I always held my head high. But right now, it hung low. in between my hands I stared at my desk. I know the risks and precautions we have to take to ensure this project comes out well. But that’s our job! I will make sure those precautions are taken, that people stay safe, and on top of that that our economy rises. We need this oil, we need this fuel to ramp up our economy. These natives are taking it too far, they want something to fight for but all their fighting is leaving a heavy anchor on my shoulders, me! The person who’s only trying to do what’s best for them! I moved my fingers through my hair and sighed “I just hope they realize I'm doing this for their benefits, not for my own”. (By Isabela Aznar)

Think about the future
(giving a speech)

I am proud, of everyone who went to the white house to protest this crisis in the making. To protest against buying Tar Sand. I am now confident, that I don’t stand alone in this war for our planet. I look outside, and I see children playing, birds singing, trees swaying, water flowing. But if I look outside in 5 years, what will I see? shaking his head Dirty streets, filled with gas guzzlers, and rivers polluted to the point where water prices need to rise? Animals going extinct, children having to take a million other precautions that didn’t exist when I was born? How can anyone be willing to throw away the most beautiful things we were given? The natural? takes deep breath I cringe at the fact that this is what we’ve narrowed our people down to, Users, abuser, and over-consumers. And after everything our people did to conserve our lands? Our trees? Our waters? Our crops? After our environment has reached it’s breaking point, we keep pushing it to break further? We’re willing to put ourselves and our children, and our environment at risk of harm?
If you ask me, these companies have no idea the impact their going to make. start pacing back in forth They like to play coy, and dumb, as if they don’t know how much harm they may cause. As if they know exactly what their doing, as if they know they won’t screw up. But I know. I know they’re going to screw up. This is far from a fool proof plan, and in a society like ours we need to look at the pros and cons of every situation. We can’t just stand by and let a tragedy begin, especially when it’s something so ridiculously horrible for our people, and our planet. Thank you. bows head
(By Isabela Aznar)

I grew up in a river near Canada, close to the famous…or should I say, infamous tar sands. I would wake up every morning and see the sun, and i’d crawl out of my cozy lodge, and bathe in my crystal clear river water. The trees and plants were healthy, and good for eating. Those were the days. One day, my brother began to grow weak. He was always swimming, chestnut coloring could always be seen in the river, but one day after a long swim he came into our lodge breathing heavily, his ears perked down. One of the many tar sand pipe leaks had passed through into our river, and now my family, and my ancestors pristine, beautiful, home had to suffer. So there I was, being forced to leave the only home I ever knew. The fresh waters were no longer fresh, but filthy and completely toxic. My little brother had to DIE so that these selfish Americans could have their toxic oil. And I being only an angry animal, who couldn’t even communicate my anger in any effective way with Americans, just gathered up my family. And had to move. We found another, smaller river in which we could live. But in this river there was hardly ever enough for all of us to eat, and we all fear the day that this home, won’t even be enough anymore either. My question is why? Why did they do this to me? What did we ever do to deserve this? Our sacred home and land? Gone. The land in which I was raised, the water that I cared so much for. Ripped away from me, like a branch falling from it’s tree. (By Isabela Aznar)
http://www.vimeo.com/30172243 <----video monologue!

President Bush stands in front of a room of journalists and gives his speech.
Regrets from a president

When I was the 43 president of America, and like 42 presidents before me, I would have never let anything like this happen. If it were still up to me, we would not get involved. While I was president, I signed legislation that said that tar sands are to dirty for the American government. This law was made just to stop the use of tar sands. It is my belief this type of fuel is not in our best interests. I know some people say that this is hypocritical. My answer to this is that I have learned from my mistakes in the past and that even though I say this, I still believe that we should drill for as much crude oil as we possibly can. This is because it can benefit our economy and give us the push we need to put us back on top of the world. Also that now that I am not in the oval office, I am free to say what I want without any fear of who will support me after I say it. It is my belief that if we use this tar sands oil, then we will be dealing a harsh blow to the environment. This oil is one of the dirtiest forms of energy that we can get. It causes dirty water and causes dirty pollutants. When I look at my family ranch and think of the problems that this generation can cause for the next. I feel terrible that my ranch might not be in existence in a couple generations, because of the tar sands.
(By Teige Dougherty)


Earth Less
Does no one care anymore? Is the earth worth less than this tar sands? I believe the world is at a breaking point and it is getting closer and closer to breaking, and this will be the straw that broke the camels back. When I look at my children I think of all the countless injustices that we are doing to them. I do my part to not pollute, but not everybody is doing the right thing. These companies are trying to get as much money as possible while the earth goes up in flames. Is that fair to the animals? Is that fair to the planet? I ask you, is that fair to your children, your own flesh and blood? If we just stopped now and take all the money that we are putting into this, and put it into making wind farms we could make enough energy to power 175,000 house holds. This energy would be continuously renewable and would never run out. It would even create jobs for many people in production and to keep them working. This is the kind of energy people can feel good about. Its the kind of energy that could help keep this plant of ours from reaching its breaking point. I’m not asking everyone to live like me or my tribe, but if we all just did our part and invested our money in responsible companies that would work towards a brighter future. A future that I can feel good about leaving to my family when I leave the world to them. (By Teige Dougherty)

Worker in the factory: (sam jacobson)
Sam kneels in front of his bed praying.

Growing up as a little boy in Texas, y’all know to recognize ai good thing when it happens. When I heard about the tar sands projects, I jumped for joy! I could finally be able to support my children, so they could go to college and have the life that I never had. They could go from college and get a better more worth while job than me and be able to support me when I get older and can’t work. It was tough for them growing, with their mother dieing of cancer when they were only 2 and all. Poor Sara, and Violet. They are only 17 now, and can’t get really jobs here in Texas. The only jobs a person with out a college degree can get down here are the jobs working on oil refineries, and they are to dangerous for my precious girls to work at. Just like the ones that are opening up to refine the tar sands. The other day I talk to the man in charge of the plant. He done gave me a job. With the money from this job, I can fix that leak in the roof, or fix our old broken truck. These tar sands are your way of giving us a break for all the tough times that you has given us in the past few years. I prayed every night for a job like this, and you finally answered, you finally did it. My only question is why didn’t do it sooner? From what I understand the pipeline will create 20,000 jobs. Why are people so hesitate on this? It is perfect for a time when American needs jobs. I don’t want to seem ungrateful or something. So any way thank you god and please watch over my family and friends. Amen (By Teige Dougherty) 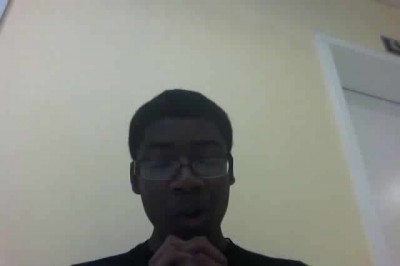