Posted by Viet Le in World History - Block on Monday, October 3, 2011 at 5:44 pm
​What we did was learn about the Tar Sands oil Pipeline project and We were told to make 3 monologues writing in three different peoples point of views and see what its like to be other people and see what they are thinking like. We also had to record one


What is the Pipeline?

Today the US is debating on whether to drill the crude oil in the tar sands of Alberta, Canada. Although I’m not for the pipeline but I need this job because my wife and I are running on a tight budget right now. They claim to provide jobs but they exclude people because of their of their relationship with the pipeline and how it runs. I can’t tell the audience is but it feels wrong to not tell them, and now its time to do my presentation. The Tar Sands oil from Canada could bring many jobs for a certain length of time for the construction of the pipeline that will run through at least 4 to 5 states and maybe an Indian reserve. It will run through many residences and an aqua firer having a great risk for people who have the pipeline running through there backyards. It also creates a big risk for the residences that get water from the aqua firer nearby. Another problem could be that TransCanada could be trying to evade some minor safety issues to save money. It will bring money and jobs to the United states as well as the fact that we don’t have to go to a foreign country to drill oil and ship it over here, but with the crude oil from the tar sands it takes 3 barrels of water to have 1 barrel of oil for us. The risk of having a massive pipeline under residences creates a possible risk of having an oil spill in backyards.

The Dene is a Native American tribe that lives a long the pathway of the Tar sands crude oil pipeline. Even if the Keystone XL Pipeline does create jobs, TransCanada could exclude hiring people from the Dene. They could try to drive the Dene out of their homes because of the Crude Oil that could harm the environment. It could create a untrusting relationship between the Dene Native American tribe, and the Government because they are there legally. Many Indian tribes contribute to the environment and always take care of it, but if we drill the crude oil we have a chance of destroying some of the environment as a by product. It could possibly harm the wild life living in the nearby areas. It can affect the homes of the residences with the pipeline running through their home. It will make it more dangerous and riskier for the children to go outside and enjoy the fresh air. The oil can affect the homes and make certain household objects smell odd. It can have a safety hazard because you could smell the gasses in the house if it leaks out. The Dene tribe could be angered because they were left out of the jobs that the companies claim to hire people. They could sue the companies because its going threw their reservation. The Dene could become very sick because of the chemicals that could possibly leak out of the pipeline.

As I drove home today I was thinking what would happen if the President allowed the keystone pipeline that usually averages about 25 years as a life span. I was driving home thinking if I would have to move away because of the possibility of the pipeline being drilled under my backyard and house. My kids might not be able to play some sports in our backyard with their friends. They won’t be able to enjoy the great outdoors like I did. My wife and I won’t be able to have the backyard pool parties me and the neighbors come over for a couple hours to eat and talk about recent events. As I was driving home I happened to drive by a school and I wondered were would all the kids play if the pipeline ran under their neighborhoods and parks and surrounding areas. Where would these kids go if the pipeline ran under the playgrounds?  How would the joggers be safe with the massive pipeline running through their pathway? I turned on the radio to see if any of the local news networks were talking about this massive pipeline that could change the United States. When I reached my house I came in and turned on the TV to see if there were any developments. I reached for the controller as the initial channel was something my kids were watching last night. I pressed on the channel+ button furiously until I found a local new channel that was talking about the Keystone XL Pipeline. 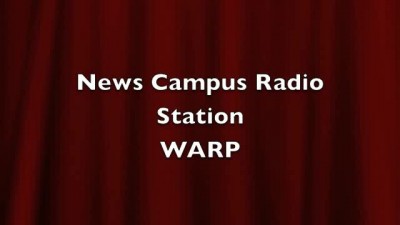