Posted by Tito Mazzucchi in English 1 - Giknis - A on Tuesday, April 28, 2015 at 10:13 am
It’s been awhile since the first connections were made, originally from university labs, and then as time passed, they evolved as a tool for everyone. Now there are computers in many houses with their own IP address and the ability to communicate with thousands of people from different cities or nations in a matter of milliseconds. With this innovation, a new breed of websites were born called: social networks. Social networks work as a hub for communication. They are servers where multiple people can connect and communicate with one another. Social networks have exploded over the past years, with websites like twitter and facebook now worth multiple billions of dollars, it’s clear that there is a strong influence that they have on our lives. 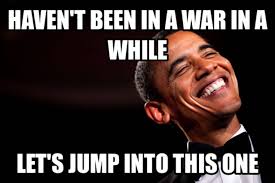 People on social networks have developed hundreds of ways to communicate with one another, from hashtags to a different vocabulary, our language is constantly being shaped by us. One of the most popular things which thrived from the internet were memes. The definition of a meme is: an element of a culture or system of behavior that may be considered to be passed from one individual to another by nongenetic means, especially imitation. Memes act as a method of communication based off a human trait known as imitation. Among the millions of individuals who are part of these social networks, there are individuals who attempt to shut them down, classifying them as a waste of time, or some parasitic culture, not realizing that a meme is more than just a picture, but it is a natural human behavior. This may not be a huge problem but we should be careful about the power which memes wield. After reading this, im sure that we will be able to agree on the fact that memes can be much MUCH more than just a picture with a caption. 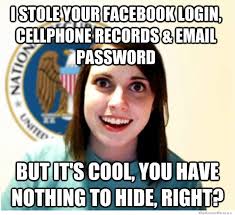 Why is this a big deal? How is this so important that there are thousands of characters being typed up every hour around the world regarding this topic? The truth is that the world we live in is changing, and it’s changing fast. In Northern Africa, civil revolts and movements are actually dependent on this concept of a meme. Protests are organized via twitter and the internet is becoming one of the best tools to fight dictatorship. Don’t believe me? Well then what about the united states? How many memes or comments on facebook and new hashtags that are catchy and imitable are being made regarding problems that have to do with the government or with our communities? Examples could be like the ALS Ice bucket challenge, or the #stopbullying.  The answer is hundreds if not thousands of memes are being made everyday to represent these ideas. We communicate using the power of meme or imitation, and it is important to realize that the impact that these posts have, are much greater than what you may think. 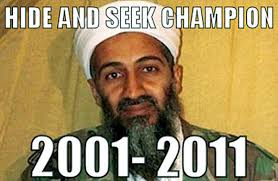 Memes are ubiquitous and obviously powerful when they spread; what is the issue, though, that people need to act on? What will you DO for this issue?

I'm intrigued about how you could design an active cause that can support oppressed memes. Most people in the real world wouldn't really care about the Internet and memes itself. But if you create memes that have controversial images or text, people will create a big deal out of it.