Posted by Sopheary Sok in Art - Freshman - Hull - b1 on Wednesday, April 8, 2015 at 12:28 pm
​ I feel like I accomplished the ceiling and generally neatness and precision in my final drawing because I made sure my horizontal lines are horizontal and that my vertical lines were as straight as possible. For my ceiling, I measured the distances between the horizontal lines and the ceiling line to make sure that the lines turn out straight.
I would pay a tiny bit less attention to detail and precision because that took a lot of my time.  I should've managed my time better since I ended up not having the chance to draw the windows.
A drawing on the wall that I find successful is Lyle's because I know that during the class periods, he was always focused and working efficiently. His drawing incorporates all requirements and unlike other drawings, it is evident that he used a ruler to draw all of his lines and they can be traced back to his vanishing point.
I learned that when drawing in one point perspective, the first step is usually by drawing a small rectangle. The diagonal lines are called orthagonals and they must be able to be traced to the vanishing point. One point perspective makes your drawings look more realistic. 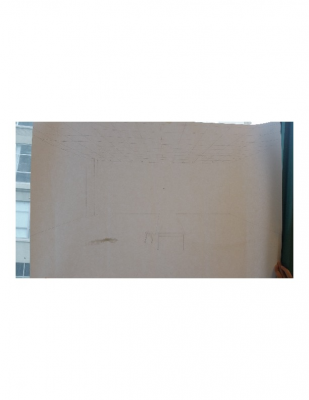