“What you want Tommy?”

“Kumar, me Daquan and Teion chillin today you in?”

“Ardd Nigga holds the fuck up.”

The way I grew up speaking was with a strong emphasis on a lot of words. Speak Loud and Fast. Southwest Philadelphia has had a huge impact on me and I didn’t even notice till all my friends said that I speak weird. I can tell the difference between South Philly and Southwest Philly because there is a gap there because they speak with a strong Italian accent. I speak very loud when I’m in my neighborhood. Cursing 24/7, using the “n” word multiple times within a sentence or just plain out saying

“Where the fuck you at Nigga?”

“That jawn over there be hype as shit.”

I grew up going to a Catholic school and spoke proper english when needed and spoke my “native tongue” of Southwest when I felt it was appropriate. Southwest usually intimidates the other neighborhoods by raising their voice or speaking with multiple curse words. For example

“You better watch the fuck out before I shove my foot down your fucking throat, you fucking bitch.”

Intimidating words, I rarely do such things but I do catch myself doing it when I’m mad. I speak freely when I’m with my friends that I’m most comfortable with. I could call them anything without them getting mad because they know that is can’t be taken seriously. “Yo you see that fine bitch ovr’ there, she checkin you out homie” Usually what most of my ghetto friends say to me when they tried to embarrass me because I never really had a liking to black girls, relationship wise but it grew on me.

I always thought that speaking like that was a sort of speech impediment, but it’s just how people from Southwest tend to speak. We speak by imputing ridiculous words in place of another like “Can you get that book” to “Can you get that jawn.” We speak loud and sometimes on some occasions we change the pitch of our voice. We may be speaking like “Where is this place at?” to

There are different types of ways to speak in southwest. You can have your proper ghetto people to where they speak proper when needed and ghetto when not or you can just have people that talk nothing but curse words and use so much slang. “Wha’da Fuck yous doin’ nigga? (Simply what are you doing?) I’m fuckin’ based God, Don’t mess wit’ my Clique tho.’ Nizz off Nigga.”(Meaning don’t mess with me because I can beat you up)

Just pure slang and that’s what I grew up around, it even rubbed of on me the way I speak to my friends and parents. My mom would always yell at me to never speak like that within the household. Not just because it’s vulgar language but the fact that it’s improper and that I should know how to speak properly.  She would always use to tell me how to pronounce words even though she didn’t know any English herself. My parents basically had the same struggles I did, but their speech wasn’t that “English” that was necessarily needed. They had that Asian accent and couldn’t pronounce words like “Pollution or Policy” It’ll always be like “Follution or Fallicy.” I had that problem but now I got over it and just can’t pronounce my “Tha’s” sounds, People say I just say a “Da” instead of “Tha.” I think I say it like a “Tha” but I don’t. It really sucks being made fun of.

My siblings always say that I’m becoming like “them” and cursing here and there like it was no problem, but I don’t think I do. My parents say that my words have lost meaning. In the story “The Women Warrior” by Maxine Hong Kingstan, this quote was said that reflected on how this situation I was in told me. “A ready tongue is an evil.” This to me basically says that since I learned how to speak and learned those words, most of what I will be speaking would be evil or inappropriate.  Through the course of my middle school age, every time there wasn’t a teacher around, a landslide of curse words would just leave my mouth for no specific reason. The way I speak living in Southwest Philadelphia had a great impact on my speech. Not only how we speak to when we a literally yelling at the person close to us but the fact that we just use so much slang.

When I was in my catholic middle school, that’s where I had my whole speech change. Going to that school made me speak differently, proper, grammatically proper and just polite. I would say “Excuse me, I think you said something that wasn’t needed to be said and you should apologize.” Instead of going all out cursing saying “Yo!? Watch yo fuckin’ mouth before I pop da shit outta you.” This made me, speaking properly and politely. I enjoyed speaking proper because it made me feel like I wasn’t ghetto anymore or that I was free from all that cursing and slang. My middle school helped me from that type of language but it felt as if it also stripped me of it. My identity of what I was originally from and how I originally spoke. That’s why I chose to go to a Public High School so that I can be free from the properness and that I can just speak freely, to regain my identity and finally speak without percussions. Southwest Philly sculpted me to who I am now and for that I am grateful to speak how I do now. Not from my parents but from my community and without it I wouldn’t really have that “specific” language; I’ll be the outsider and just be lost in it. 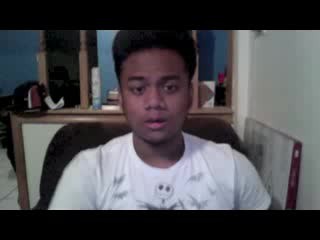