In my first blog post, I explained all the research I did on sweatshops. To remind you guys, a sweatshop is a factory or workshop usually in the garment industry where workers are exploited by being forced to work overtime, receiving low wages, toiling long hours in unsanitary conditions where they are exposed to health and safety hazards, violations of labor laws, and sometimes sexual harrassment. I read about many appalling cases where workers were abused and forced to do awful things like getting an abortion to keep their jobs. That lead me to wonder, if workers are being treated in such conditions, why do sweatshops exist? As I clarify in my second blog post, which you can find here, I learned that sweatshops are becoming the foundation of a ¨fast fashion¨ industry characterized by the relentless drive for speed.

Now, since violations of labor laws are being made all over the world, what is being done to raise awareness and elicit positive change? There are organizations around the world that are helping to ensure that the fundamental rights of workers are respected. A great example would be the Clean Clothes Campaign, an alliance of organizations from 16 European countries who educate and mobilize consumers, lobby companies and governments, and offer direct solidarity support to workers as they fight for their rights and demand better working conditions. Recently, they have helped to gather 30 million dollars in compensation for Rana Plaza workers after the building collapsed killing over 1100 sweatshop laborers. Another organization against sweatshop labor is the Fashion Revolution and they strive to change the fashion industry into an industry that values people, the environment, creativity, and profit in equal measure. To raise awareness, they ask people to participate in their Fashion Revolution Day on April 24 every year which is also the anniversary of the Rana Plaza collapse. To participate, you can do the following: 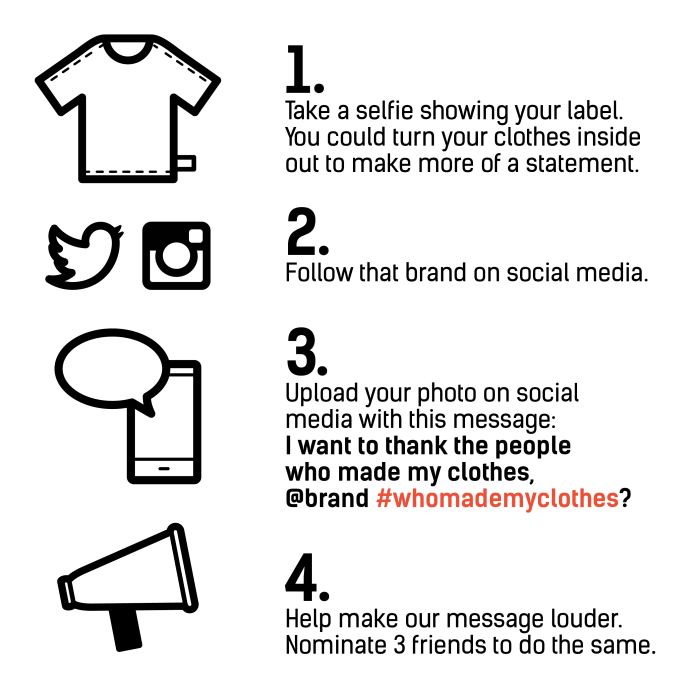 My opinion on these tactics is that raising awareness is the right way to go. People do not realize that the instant gratification of a cheap new shirt is far outweighed by its social and environmental impacts. We are talking about a form of modern slavery here! If more people are becoming aware and showing support by asking where their clothes came from, spreading the word on social media, donating money to non-profit organizations, and avoiding brands where clothes are unethically made, companies will be pushed to make improvements by monitoring their supply chain and ensuring that none of their clothes are being made in sweatshops.

For my Agent of Change, I put up a clothing line signed by pledgers who agreed to purchase only ethically made items for the next 35 days. I first had to explain to them what a sweatshop is and how raising awareness would help with this issue and then I told them what brands they were able to shop at and what brands they should avoid. I was trying to raise awareness as well as getting people to avoid stores that have their merchandise constructed in a sweatshop. I felt very hectic trying to get signatures because I had to do a lot of talking over and over again and then they did not even sign the pledge. I was surprised that people were very honest and they did not sign my pledge just to sign it, the ones who knew that they were going shopping soon turned me down. As a result almost all of my friends refused, but they said that they felt bad. Because of this I was very frantic and got tired of repeating myself so much. I think that I could have made this better by going to advisories and explaining all at once what my agent of change is about. That way, I would not get tired of speaking and I think I could’ve gotten more signatures. What’s left for us to do is to abide by the pledge, and remember the real cost behind the cheap prices every time we shop unethically. 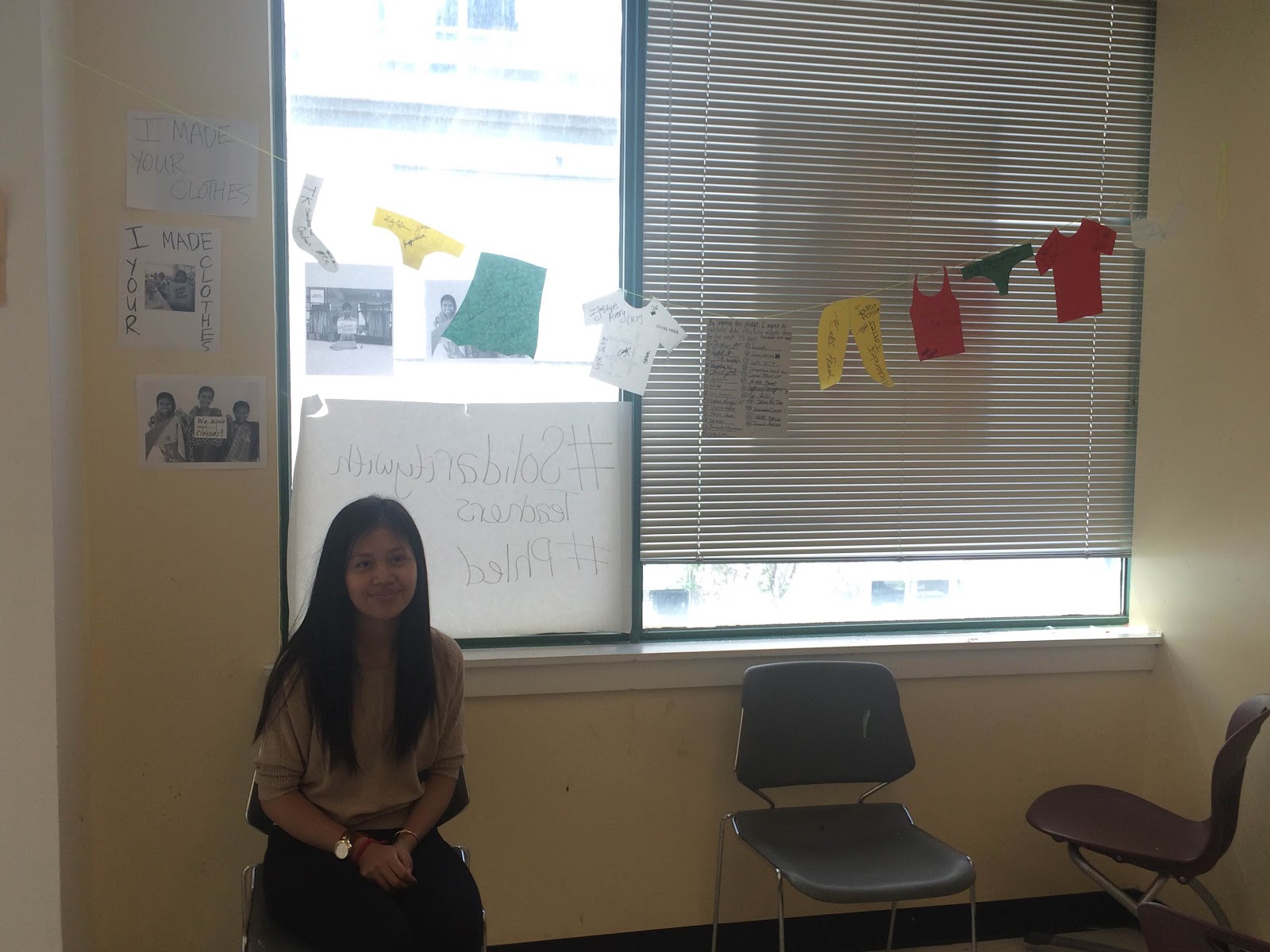 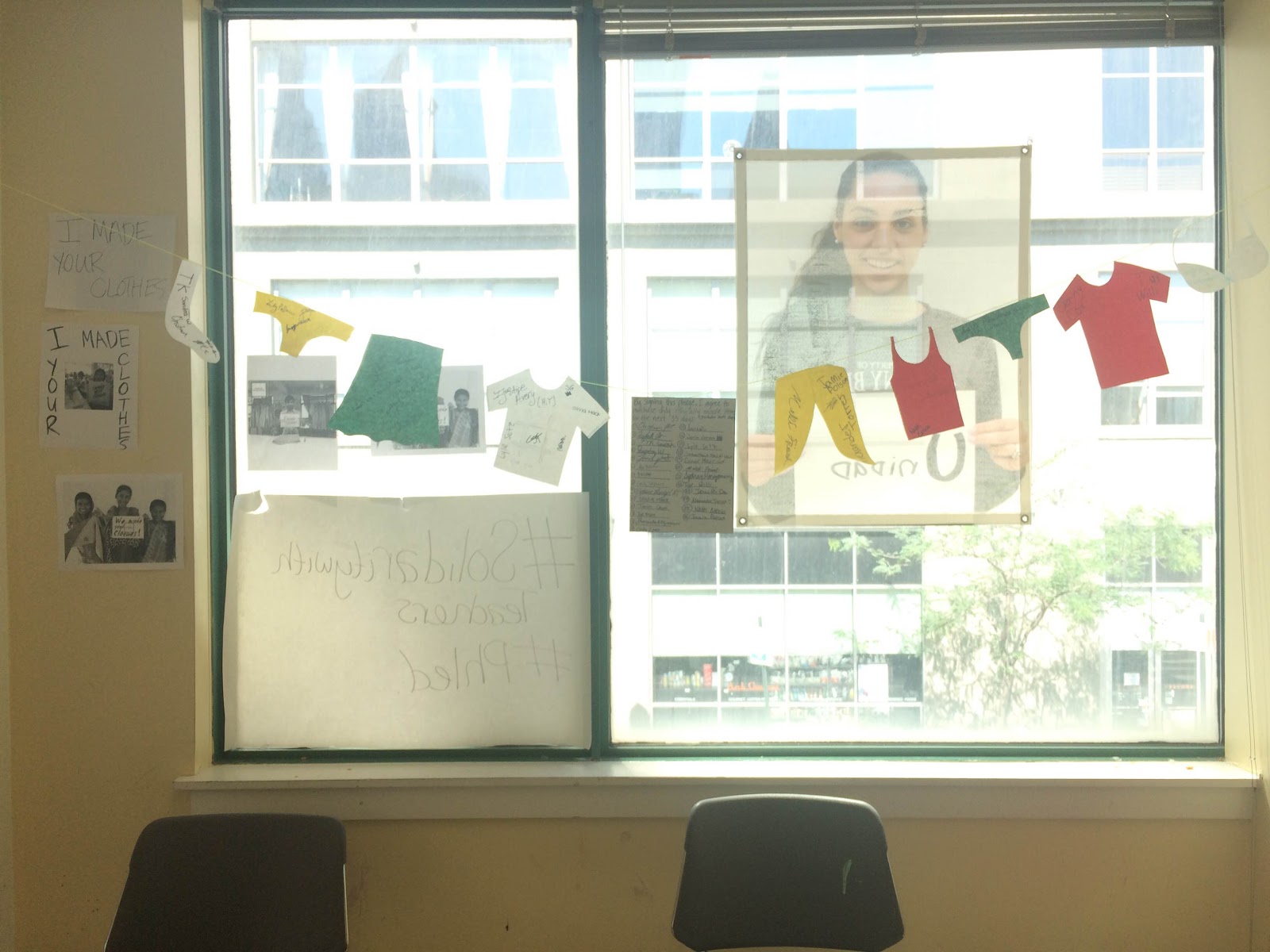 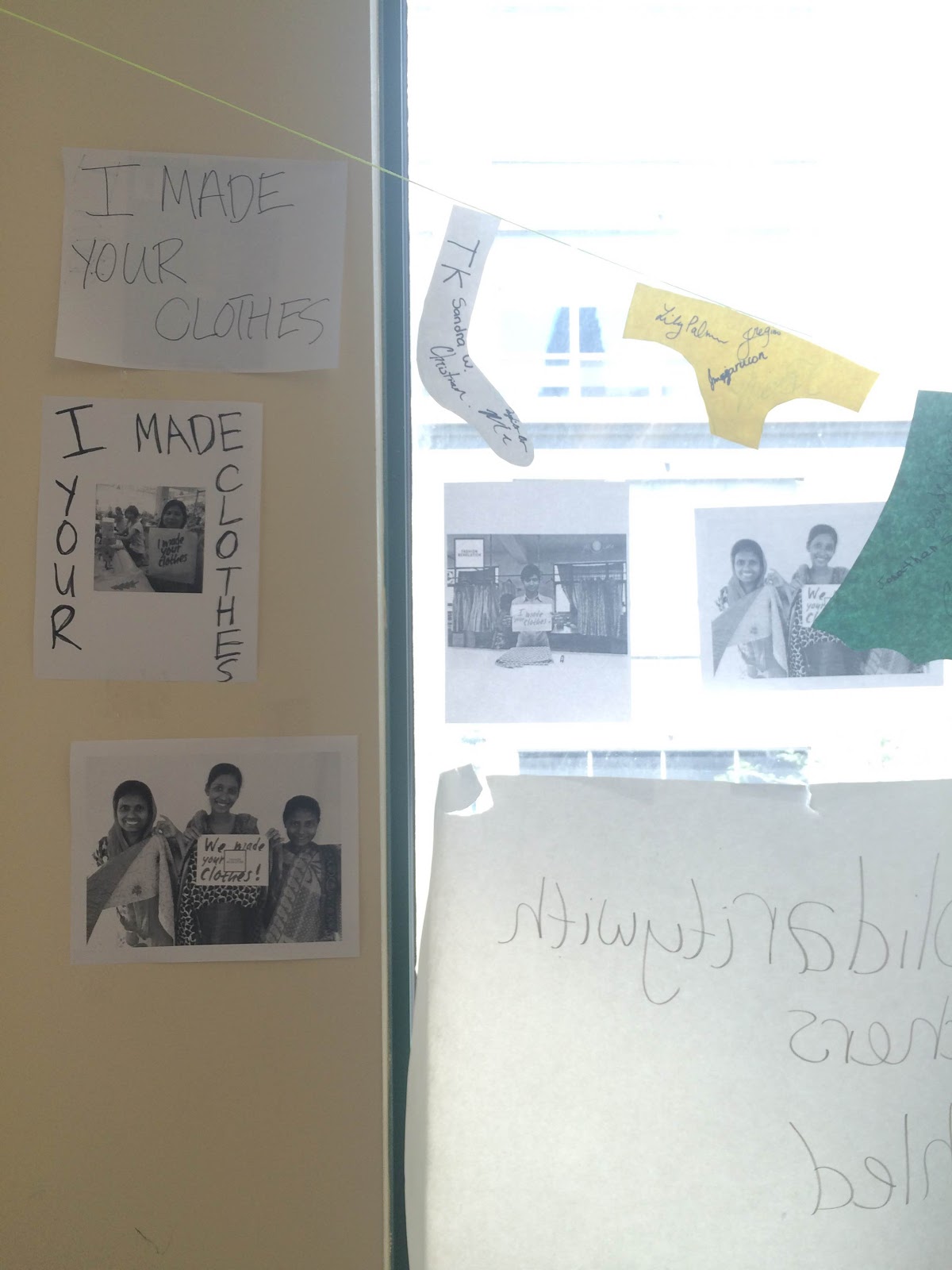