Posted by Ryan Francis in American Government - Laufenberg on Tuesday, January 31, 2012 at 9:05 pm
Case: Gloria Kurn's is suing the Arizona RailRoad Company for the cause of her fathers death due being exposed to asbestos from a railroad part. The problem in this case, is that the "National Railroad Act" states that each part they send out is to be expected thoroughly before being transported to the workers on the railroad. " He subsequently died of malignant mesothelioma, caused by exposure to asbestos during his employment." - Chuan Liu. The district court denied Mrs. Corson's case, stating that the Locomotive Inspection Act (LIA) took on the state-law claims and the United States Court of Appeals agreed.
The Locomotive Inspection Act was passed in 1911, and re visited in 1915 and 1924. The law states that it's mandatory for the company to inspect every aspect pf the parts they send out to the companies that order them. In. In this case, they didn't. The Supreme Court’s decision in this case may limit the kind of claims that other people can successfully use in court. Gloria Kurn's initial question was could she sue, and how she would go about it. So she and her family did their research, and found the different laws and acts enacted, and brought them into court n the day of their Supreme Court trial.

"This case will determine whether the Locomotive Inspection Act preempts state-law tort claims against locomotive parts manufacturers for injuries that occurred in railroad-maintenance facilities. Petitioners Kurns and Corson argue that the LIA only regulates locomotives in actual service on railroad lines, and thus that its preemptive scope does not cover state-based claims arising from injuries sustained when the locomotives were off-line or in repair." - Amanda Hellenthal"

The outcome of the case is still being decided because the case was so stumping. No one could really get to a conclusion from the information given, even with the laws states. Neither of the sides know what the law covers exactly, and how far it can be used in this case

Attached Below is the audio of the court case's argument:

Posted by Ryan Francis in American Government - Laufenberg on Tuesday, January 31, 2012 at 5:54 pm
​Our Video lives on this post: http://www.scienceleadership.org/blog/Enchanted--_The_First_Amendment

For this benchmark, my group and I chose to cover the topic of freedom of speech through music censorship. The reason we chose this, because ach of us is involved in music some how some way. I personally write, produce and perform my music all over Philadelphia and in other places, so to me, I wanted to talk about something that was intertwined with something that is pretty precious to me. What I liked most about this project was the fact that I could take something that I love, and be as creative as I wanted with it. The fact that I could put my personal touches to the beats lyrics, and then produce the song myself made me feel like I was in control of the project, and I really felt as though I showed why I was passionate about the law of being able to free speak on my own accord. The hard part though was trying to find a creative way to use the C-Sband footage, but we found a way eventually. I really believe that my group worked hard, because we not only made a video, I originated the song for it myself, Jason and Tariq collaborated to finish the video as well, so it was like we put our minds together and used our talents to carry out this project. One thing I think I could have really improve on was incorporating more C-Spand footage, and instead of worrying about how creative we could get, actually approach the second half of the video academically. I still believe that our hard work had a nice product though. I didn't really have trouble coming up with the lyrics I and Jason wrote, because we both knew what we wanted to say, and how we'd get our points across. Another thing I did find challenging too though, was trying to go above and beyond the requirements to make the video engaging, and fun to watch. We didn't want a boring standard project. One of the most interesting things I learned during this project is that politics influences everything. Everything could be posed as a political matter, and there are laws for everything. Things we do in our everyday lives, although were aloud to freely speak, there are laws and rules in some case that we can't speak about. It's funny to me. If I could do it all again, I'd probably be more academic with it, and not as creative.
Posted by Thomas Nicolella in American Government - Laufenberg on Tuesday, January 31, 2012 at 12:46 pm

The hydraulic fracturing company that has stepped into the waters of Pennsylvania, Marcellus Shale has only been in business for about four years now. “We have had enough time to perfect our technique. Our coalition takes special precautions when it comes to harmful chemicals and our drilling process.” After a twenty-five minute holding period because of busy lines over the phone, a representative of the Marcellus Shale Coalition (MSC) had assured me that there were major precautions taken in the drawn out drilling process in Pennsylvania.

“…But you do use harmful chemicals when drilling, right?” I asked when on the phone with the representative.”

“There is no reason to be alarmed, our machines are top of the line and we have very experienced workers”, she said, without answering my question.

For a company with such an assuring logo, the MSC seemed to be dodging each question that was asked over the phone with an almost automated response. It was as if the representative had a paper of frequently asked questions in front of her to look through while I drilled her with not so pressing questions.

The biggest contribution MSC makes to the economy are the jobs that it creates because of drilling for natural gasses. They also advertise how clean their natural gases burn, effectively leaving less of a carbon footprint than so many other materials that are used in today’s market. When looking at the following graph, we can see that natural gasses do produce significantly less harmful chemicals than other energy sources, which is great…

However, what they don’t tell the public, and instead releease secretively to the state of Pennsylvania is a record of over 300 chemicals that are pumped into the ground along with pressurized water.

Posted by Tyrone Kidd in American Government - Laufenberg on Tuesday, January 31, 2012 at 12:38 pm
The Occupy Movement is an international protest movement, that is directed towards economic or social inequality.  The first occupy movement was the " Occupy Wall Street" which was primarily started by a Canadian activist group called Adbusters.

We are the 99%, is a slogan political slogan used by Occupy Protesters. The Slogan originally  was a name  of a 28 year old New York Cities, tumblr page.  I feel like its important that I ad this to this blog, because people are marching because they believe that they are the 99%. Marching because high paid people in the world, such as CEO's of big corporations are paying low tax rates and are causing this country problems.
Posted by Amber Altomare in American Government - Laufenberg on Tuesday, January 31, 2012 at 12:19 pm

This topic hasn't really been spoken about since the end of the summer. There was only one official who was against the curfew law but even she presented her thoughts on the other side of the argument saying that it may be necessary because of the Philadelphia parents who don't parent. Her name is Councilwoman Blondell Reynolds Brown. She is a spokes person for the kids in Philadelphia. The mayor has to decide about the Philadelphia curfew and everyone on the committee has to help make the full decision.

Posted by Robert Broadwater in American Government - Laufenberg on Tuesday, January 31, 2012 at 12:17 pm
Children are the future and as such should be treated with the utmost respect and guided with discipline.  However this is a difficult task.  Children are changing but the methods of which they are dealt with have not.  Schools aren’t as stimulating the minds of the youngsters nor are the extra curricular activities provided.

In relatively recent years access to information has rose exponentially.  What a child can get from a teacher, a text book, or even his or her parent is only a mouse click away.  This can can and has caused many children to develop authority issues.  With children knowing more than the people set to teach them there is very little left for them to use to differentiate themselves from adults.  They start to see themselves as equals to adults and some times police or other law enforcement officers.

There are many small groups that share similar ideas for better schools, although some for different reasons. All of them are equally important however it would be nice if there was a single figurehead to lead the movement in solidarity.
Posted by Nikhail James in American Government - Laufenberg on Tuesday, January 31, 2012 at 9:02 am
My partner mike and me chose the topic of the 14th amendment because we felt as thought it was the closet thing that related to us both. I liked how the project was kind of straight forward in different aspects. The most challenging thing about this benchmark was the editing part making everything flow right with each other. I could have improved my project more by going in depth into some of the parts of government that really controls how things go. I mostly ran into trouble with the editing and really showing how it pertains to my life. I believe that gathering information for mike went well he got to a good point with that. I would have more focus on the stuff we had to just mention cause we didn’t know much about. 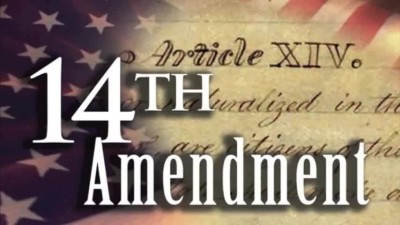 Posted by Courtni Matthews in American Government - Laufenberg on Monday, January 30, 2012 at 3:57 pm
Since researching the internet as well as calling around didn't do much I would plan to physically visit to get the information I need. Along with visiting I would have a letter or proposal saying exactly what my issues and concerns are. However this will not be enough because I am only one person I have thought of starting a petition of some sort and getting people of philadelphia to sign and share their thoughts and concerns so they can see how much it is affecting the people of Philadelphia. With this I should be able to at least get an answer as to why It is not paid much attention or why they aren't willing to give it that much time of day.
Posted by Courtni Matthews in American Government - Laufenberg on Monday, January 30, 2012 at 3:53 pm
After more research and actually calling around I was not able to find anyone who showed support or much interest in my issue, because of this there is not much media attention or even people opposing except for the people who issue restraining orders and are used to it. Simply because that is the system and has been for a while so It does not need change.They have much power because there are not many voices yelling out to change it their theory and opinion on the subject will have more power.

Posted by Courtni Matthews in American Government - Laufenberg on Monday, January 30, 2012 at 3:47 pm
In research it was very difficult finding Public officials that paid this issue much attention in the city of Philadelphia. Also I was not able to find information on how he has voted on this issue. This topic seems to be swept under the rug , not much of a concern.