I liked creating new primary sources about my POD. The most challenging thing would have to be finding information that would result because of my POD. I feel as the historical record is affected by the individuals because they made their decisions, not anyone else. If systemic changes didn’t happen, the historical record wouldn’t be so bad. The decisions in the historical record were influential because once one person made a bad choice another did. It terribly ruined the history. History shouldn’t have to be about people being murdered and wars. I think that the project could be improved if we had a bigger time limit and more class time because it gives everyone a chance to exceed expectations by making more primary sources to our event. If I did this project over, I would look at when it was due because I didn't pay attention to the due date and had to rush to get everything done on time. Overall, I really think this project was a great idea for a benchmark.
Posted by Amber Altomare in American History - Laufenberg on Wednesday, June 8, 2011 at 11:39 pm
Click here to learn about Benjamin Franklin's "death"
Posted by Natasha Ashby in American History - Laufenberg on Wednesday, June 8, 2011 at 7:03 pm
Hi, my name is Natasha and for my History/English 4th quarter benchmark, I planned on changing events surrounding the Watergate Scandal, involving the republican party and Richard Nixon and seeing how history would have been different and where we would be in 2011.

There are many things I liked about this project, then there are some things I did not like or that were challenging. I liked the fact that when you actually found a topic, the way you could really change history. It was challenging finding a topic that I was interested in and then trying to make sure that whatever I would change would make sense. It was also challenging to make the primary source documents. I investigated the watergate scandal. I already knew the Richard Nixon resigned however I forgot why. So going back and researching it was cool to really find out what happened, and how things unfolded. I loved the quote I found by Nixon where he said " if the President does it, it is not illegal." It caght me off guard tremendously that after he tried to cover up having people break into the Democratic Committee Offices in order to have some type of advantage in the political race, that he would say that. He was an extremely smart guy who contradicted himself. He was President, so whatever he did affects what happens in America. For important people in the country who have a say in what happens, then each move they take, and each decision the have to make affects everything. Systematic changes impact historical records because they can change the way someone who's reading the source think. This project can definitely be improved by having more time to really get things together. If you did not have a topic by the assigned date, then you really were going to struggle. I think if the project was more detailed as well with what we were suppose to do or if we could see other students project that way we can get an idea of what we are suppose to turn in. I would change the way I approached a topic. Pick a time and really get specific as opposed to just finding an event and thinking of ways to change it. 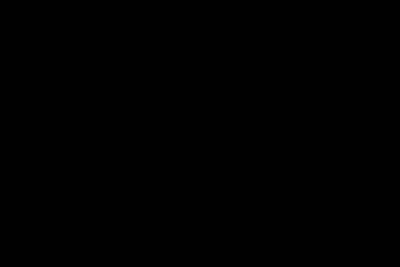 Posted by Daniel Mambu in American History - Laufenberg on Wednesday, June 8, 2011 at 6:16 am
The is a link to me Project:

What i liked the most about this project was the fact that we could kind of change history realistically how ever we liked. What was most challenging again was the organizing my thoughts in a more creative way.  I had a lot of information but i had trouble kind of thinking about what i wanted my primary sources to be.
The most interesting facts i investigated was the atomic bomb and the invention of the telephone. I didn't know that it started of as trying to understand deaf people.
The actions of individuals impacts historical records in a lot of ways even the smallest thing could make a big change.
Posted by Emma Hersh in American History - Laufenberg on Wednesday, June 8, 2011 at 6:02 am
Click to see my project
​I really liked the hypothetical part of this benchmark, it left a lot of room forcreativity. I enjoyed making my primary source documents and making up a different future for our country. The most challenging bit was in the beginning where we had to research and actually find a specific thing to change. Topic choice was definitely the most difficult thing for me. However, once I picked my topic, I was really interested by all of the different versions of the Selective Service Act and how each version changed after wars. I was also impressed that one person could change the the future, and I used specific people in the making of my primary source documents to change the future. It also seemed to me that the actions of individual people could change the actions of groups and systems of people. When systemic changes are made, more people are involved so more people pay attention. In my project I talked about a systemic change where they repeal the draft, then bring it back without warning for World War II and then discuss how the public is reacting. I was really interested how the decision of one person could change the next hundred years of a country's future. Not to mention what we didn't have time to talk about in this benchmark, which is how the actions of one country effect just about every other country in the world and would really change the way we live our lives today. While the multimedia portion of this project brought it together more, I think a simple display of the work and research we did would be enough. The multimedia part was one step too many. Similarly, if I could redo my process of this project I would definitely leave more time for the research and multimedia part of the benchmark. They were the most time consuming
whereas making the primary sources was fun relatively straightforward.
Posted by Andre Reed in American History - Laufenberg on Wednesday, June 8, 2011 at 2:15 am
I had to like this project better than most because, I got the chance to be creative and not just have to state facts. The hardest part was meeting the deadline AND uploading my project. How this site going to accept flv files but not swf? The video WON'T play. What learned through this project is that if it wasn't for the alien scare the sci-fi wouldn't be as popular as is now. That means no Star Wars or the Hunger Games. I could do this project again I would fix THIS site and just draw a comic since the deadline was so tight.

Life in ​2011
By 2011 the aliens would have reigned for 72 years so there would be plenty open fields, pastures and pristine clean waters. This would be because they already messed up there planet as we're doing now and don't plan to make that mistake again. So they preserve Earth's natural resources and keep the humans that's left on Earth as common slaves, to keep planting new growth.

Humans that are still are alive are now servants and slaves, meaning to do nothing more than to plant knew life daily. Strangle Al Gore raises to relative power among the aliens.
Posted by Johniera McClain in American History - Laufenberg on Wednesday, June 8, 2011 at 1:27 am
Here is the link to my Benchmark.


Something that I liked about this project was the flexibility and creativity. I find that also to be the most challenging piece as well. There are so many ways you could go with the project that at times it can be very overwhelming due to the fact that there is so much you could do. The most interesting fact I have investigated was most likely the fact that Ms. Claudette Colvin was a plaintiff in the Court Case; Browder vs. Gayle. I found that to be interesting because I didn't expect it. I honestly always thought that the whole bus segregation situation was with Ms. Rosa Parks but I was fooled. The actions of others do indeed take impact of the historical record. If it wasn't for Ms. Claudette Colvin, realistically, maybe the Supreme Court really would of never declared bus segregation to be unconstitutional.  Systemic changes impact the historical record because if things didn't go a certain way then now in today's world things wouldn't go the way they do. Everything grows in time, and everything changes in time. One decision in the landscape can be very influential. *If there wasn't earth day on April 22nd, people wouldn't be so "green."* This project as well with any and everything can be improved. I know if I had been able to actually order the original copies of the newspapers the point of divergence would definitely been more liable to see clearer. I mean it would of been just better in my eyes because I definitely would of hooked it up! If I had to the the project over again and change the process, I probably would of procrastinated less, thought more thoroughly about my POD and would of more decisive on how and what my presentation would look like. That's pretty much it.
Posted by Semaj Smith-Hobbs in American History - Laufenberg on Wednesday, June 8, 2011 at 12:40 am
​ What I liked the most about this project was that I completely got to change history and make my own timeline and events the most challenging thing for me was creating my own primary source documents.  I think the most interesting event I investigated was the the death of Lincoln because I learned and recreated some really interesting things.The individual actions of people impact history in very serious ways because the actions of one person makes other people think and try new things so without the initial action everything else has to be recreated.

One decision can be extremely influential because every idea has snowballed off of someone else's idea or action so when one person makes a decision it's the starting point for many other ideas. Systemic changes impact the historical record because a system is a body of one, it's a bunch of ideas and decisions so when the system changes something or makes a decision everyone tends to follow which shapes the outcome and future of history.I think my project could be improved by going into a little more detail during different portions of my video, If I had to redo this project I would map out my video so that it was easier for me to piece the information together.


Here is my SchoolTube link for my documentary film

My public link for my documentary film 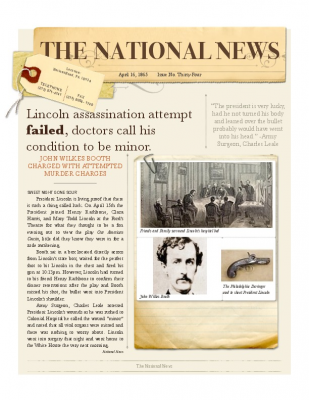