He groaned as he was shaken by his colleague and  friend, Alex. He finally sat up on his bed, fed up with the saking and asked,

“What is it? What’s so important that you had to wake me up at-” He looked at the clock. “-Four thirty in the morning?”

“What is it?” he replied in a more interested voice.

“You need to see it for yourself, but I can understand if you’re too tired to come to the observatory!” he said in a sarcastic tone.

“Alright, fine. Let me get dressed first and then we’ll head to the observatory. Okay?”

His friend smiled, and left the bedroom with a chuckle. Mark undressed himself and replaced his pajamas with a pair of khaki pants, a tee, and a lab coat. He put on his boots and went to refresh himself in the bathroom. Ten minutes later, they were on their way to the observatory to see what Alex wanted to show Mark, and let’s just say, it was strange.

When they reached the observatory, they got out of the car and went inside.

“I haven’t moved the telescope ever since I found it.”

“Is it really necessary to do a guessing game Alex? Just tell me what in the world you found, alright?”

“Ding Ding Ding! You guessed it! I found another world, or a planet, rather.”

He received a disappointed and annoyed look from Mark.

“That’s it? I thought this was going to be bigger than that! We find exoplanets all the time. What’s so special about this one? Is it another hot jupiter, or another water world, or perhaps even a diamond world?

“How about a rainbow world?”

Mark looked p at him in surprise. “What? Did you say rainbow world?

“Yeah I dd. When I first saw the planet, it showed a red tint and glow in it’s atmosphere. Thinking it was another rogue planet, I moved on. However, hours later, I decided to take another look at the planet since I wasn’t finding anything else and the planet glowed a blue color, and it was bigger.”

“Wait, so the planet changed color and it got bigger?”

“Yes, but I figured out that it was getting bigger was because it was coming towards us.”

“Mark swung his head  to face his friend. “Is it going to hit us?

“I can’t tell. My calculations show that the way that this planet is moving is completely erratic. Why don’t you take a look for yourself.”

He climbed up the steps to the telescope and peered into it. Dots of twinkling lights were everywhere the eye could see. Mark looked through the telescope for a solid ten minutes until he finally stepped down and said, “I can’t find the planet you’re talking about.”

“I think I should be the one asking you that. Mark crossed his arms in front of his chest, waiting for an explanation.

“Let me take a look, but I don’t see how it’s possible to miss it.”

Alex climbed up the stairs and stared into the telescope. “It’s right there!”

“What?!” Mark quickly climbed up the stair again and pushed Alex out of the way to see through the telescope. Again, he stared into the telescope for a long time, but still couldn’t see any sign of the planemo. “I still don’t see it Alex. Are you sure you see a planet?

“I’m being serious with you. How can you not see that. It’s glowing yellow now! 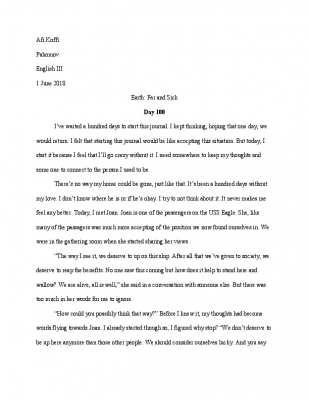