My previous blogs have both consisted of information pertaining to police brutality in the past and present. Blog post #1 talked about how long Police Brutality among blacks have been going on which has been since the 1900’s ( civil rights era and segregation) and Blog Post #2 focused on the newer cases of Police Brutality like Freddie Gray that sparked rioting and protesting in cities such as Philadelphia and Baltimore. Some other information I found in my second blog post was that several of these new cases involved victims of white race which was something people were ignorant to.

Enough of the negative talk. Let’s converse about a organization called the American Civil Liberties Union or ACLU. The American Civil Liberties Union works hard to defend the rights and liberties given to the citizens of America and to make sure those rights do not get supported any less than they should. For my Agent of Change project I was the host of a bake sale where I sold cookies, cakes and brownies in order to make a donation to this organization because not only do they protect rights but they are also against police brutality which my whole project is based about. Donating to them helped me to know that I’d be safe from being brutalized by police and other higher authorities and so will other fellow citizens in Pennsylvania. Along with that, it also helped me know that my rights as a citizen in America will be protected by people who actually care.

I want to give you a little background information on how I came up with this idea in the first place. I went through millions of ideas before I got to this final conclusion of just donating. The first thought that came to mind when we were given this project was a video, but then I realized that wouldn’t fit because I am just informing, not necessarily making a change. So, then I thought to do a survey, but I realized that probably wouldn’t get my point across. After thinking and thinking I came up with the idea of selling t-shirts but then I realized how much money a single shirt would cost and I also remembered that I was broke. I was feeling defeat until I googled “ Organizations that are against police brutality”. A couple of different organizations popped up that claimed to protect your rights but I was looking for something known by everyone so I could be sure it was the real deal. I finally came across ALCU and researched a little more about it and then after my studies I clarified it was the one for me.

After completing my project, I began to reflect and I started to feel as if I could have brought more awareness to this by sharing all of this information with people in my school or in my neighborhood and I also thought I could have raised a lot more money but as I thought about the moral I got from this project, I learned that you don’t have to go all out and be outrageous in the things you do to get your point across or help shed some light on a serious situation. You can handle it in a simple form like I did, by donating or volunteering to do work or anything of that sort.

In conclusion, me and the rest of this wonderful organization are not yet done with protecting the right of Americans. We will continue to fight daily against the cons of the American government and also protect our rights given by law !

( To find all links you can visit my annotated bibliography ) 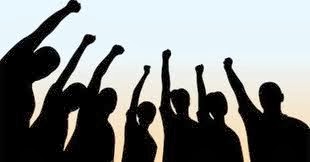 ( Receipt of my donation to the organization )

I like that you tackled this issue because it's never really gone away, even though it's not "1964" anymore, police brutality has been an issue in the black community FOREVER!!!! I appreciate that you spread awareness on this topic because many people are blinded from the truth. We can't lose anymore lives due to the carelessness of cops, and we need to create a society where police officers protect rather than threaten. In the black community, the trust between cops and citizens is broken. How do we know who's on our side?

It is really great how you personally cared about this issue. You did great on your bake sale. I am inspire how you donated the organization and hope I can do the same! :)

I am so inspired that you organized a bake sale for something you truly care about! Good job! I also admire how you will continue to be in touch with the organization.