Posted by Imani Weeks in English 3 - Block - D on Monday, March 21, 2016 at 5:11 pm
My goals for this paper were to show that video evidence of violence needs to be used to ensure that problems of violence aren't ignored. I tried to convey this goal by describing different organizations that have programs created to teach people how to use cameras to record violent acts. I also described why recording violence is an essential part make sure those who conduct violent acts are prosecuted accordingly. 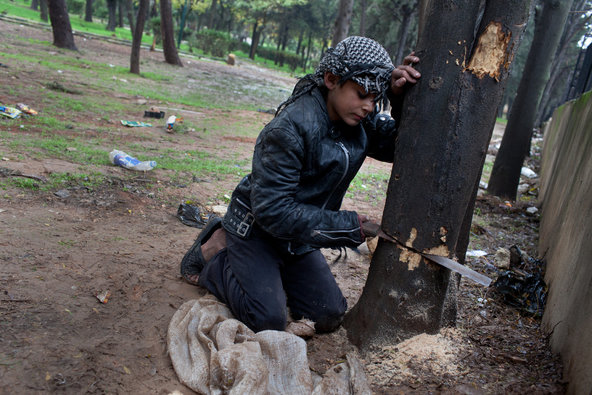 With the increase of violent acts by the police on innocent citizens, there has been and still is a call for more police cameras and dash cams, cameras placed on the dashboards of police cars, to catch the police in the act or prevent them with the thought of being watched over. Videos serve as evidence for the public, for the rest of the world. Though not everyone has these cameras, videos are still recorded in hopes that there is no denying what happened. The Guardian describes the moments that led Feiden Santana to record the chase and unnecessary shooting of Walter Scott.

“Santana followed the chase for a few yards to a deserted patch of lawn behind a pawn shop and a car dealership. Here the officer caught up with the man, and ended up on top of him. Watching from behind a chainlink fence, Santana instinctively reached for his phone and pressed record…….Santana had hoped he might be noticed. “I believed my presence would prevent something,” he says softly, his voice almost drowned by the hum of cicadas. “But it didn’t happen that way.””

There may be hope for evidence but circumstances stops these videos from being able to bring justice to current events in America. There is a low chance of the videos, recorded with phones, being used as evidence in courts. In many courts, phone recordings cannot be accepted as evidence in a trial. This shouldn’t be acceptable, with visual evidence of the events there should be a definite ruling against the defendant.

A younger boy with a cloth wrapped around his head is cutting away at the trunk of a tree. He is also in a leather jacket with black/dark blue pants with sandals. He is kneeling in the dirt to cut a lower section of the tree. You know the boy is in a forest because there are other trees in the background. There is also trash littered on the ground such as plastic bottles and abandoned towels. The boy’s face seem a calm with what he’s doing, his actions aren’t rushed. In countries such as Syria, the location of the above image, and even our own country, we need to provide video evidence to make people accountable for their actions.

As a result, programs are created to train people on how to record with camcorders and regular cameras. The training allows people to provide proper videos of violence and have evidence when reporting people conducting in violent acts. These programs, such as B'Tselem Camera Project have been set up to give the voiceless a way to speak out on unfair treatment. Before these programs were set up,there wasn’t a sure enough way that others would see the actions of others and would be able to stop what was happening in war torn countries and regions. The video recording programs and even recording on your own gives the backing that the human rights organizations need to showcase there is a serious problem that needs to be fixed so that people are able to live their daily lives without being faced with extreme acts of violence.

If these videos were piled together, the world can get a full view of places where conflict is common pace. The compilation of these videos also changes the world’s view on violence, they will be able to see for themselves what some people have to go through everyday. People don’t think about the certain violations that occur during wars. When there are cameras that actually film these events so that people can see what happens in other areas around the world, they put more effort into trying to stop these forces.

People view recordings as a way to cause more people to get involved in an issue. With visual proof of events that occurred, that person can’t deny what they have done and can get properly prosecuted. This is something you want to believe but a lot of the time people are still let free or never charged, such as officers timothy Loehmann and Frank Garmback who shot and killed 12 year old Tamir Rice in Cleveland in 2014. The rise in unrest in the race issues in America causes people to call for cameras on police officers to record their actions. There were already videos taken by bystanders in previous occurrences but that didn’t stop the violence and it didn’t stop the officer from being let go.

These are the reasons why we need to let it be known of cases where violence is unnecessarily used and frequently used. Violence problems across the world can no longer be ignored. The general public needs to let their opinion be known and informed through records videos so that they can help with the problems we face as a modern world. We can no longer ignore the violence acted onto those who can't defend themselves.

Laughland, Oliver, and Jon Swaine. "'I Dream about It Every Night': What Happens to Americans Who Film Police Violence?" The Guardian. Guardian News and Media, 2015. Web. 21 Mar. 2016. <http://www.theguardian.com/us-news/2015/aug/15/filming-police-violence-walter-scott-michael-brown-shooting>.