Most of my time on this earth has been centered around finding what made me different from others, why my skin color was so important to my social standing, and how others perceived me. When I was about 7, I had my first real encounter with the ideology of racial identity.I first encountered this ‘fence’ when I made my first friends in my neighborhood. Their names were Cory and Corby, brother and sister. As my uncle said to me in later years, everyone was friends with everyone when they were 7, so long as they could play together. This was also true for me and I played with them day in and day out. The more time we spent together, the more I noticed our differences. They both liked what I thought of at the time as ‘dude music’, whereas the music I listened to was soul, r&b, and pop. They were allowed to go roaming around the neighborhood without their parents, I wasn’t allowed off of the block without a chaperone. Discovering all of these differences also led to an eventual climax in our relationship, that challenged my opinion on who I was. This encounter spurred me into action of finding the answer to my question:who was I? Who was I supposed to be? This question I found gave me a multitude of answers, corroborated from new stories, my family, and just encounters with people at school. This answer wasn’t to who I was, but rather who I was supposed be. I believe that ethnic background and racial identity are like stakes in the ground that pin you to a certain spot, forcing you to conform to the social norms around you, or perish. This creates a society in which you are born into a class, and like a caste system that is where you live and die. I believe that to belong to a racial/ethnic group is something can be measured in authenticity, but rather in how comfortable you are with yourself and who you are first.

Continuing my story from above, The one distinct difference between us also led to the eventual termination of our friendship. One day, Cory and Corby cornered me in front of my house with my bike. I’d recently gotten a bike for Christmas. The chain had fallen off and I was trying to fix it when Cory and Corby came walking over, with determined looks. “Curse” they demanded, as they noticed that I never cursed but they always did. I refused, and they cursed instead, to show me how easy it was. However, I still wouldn’t do it, so Corby took my bike while Cory blocked my path and rode off with it. However, he didn’t get very far as the chain fell off and he fell over. He got up and motioned to his sister to come with him, deciding that I wasn’t “cool” enough to be their friend. I cried, and my brother helped me bring me back inside with my bike.

Speaking in terms of racial/ethnic identity, this experience didn’t teach me much at the time, only that Cory and Corby were jerks. Big, big, fat, meanie, nincompoopie jerks. However, and looking at this experience now, I realized that they were testing me. They weren’t testing my friendship in terms of loyalty, but rather in terms of toughness. They were trying to gauge my toughness, and my reaction was not to their liking. This form of testing I believe stemmed from an overlying dogma that encouraged black people to act tough and be tough to shield their vulnerabilities. This is just one part of the large population of sheep being harbored within this fence, but it is the only one I can say I personally relate to. I believe another factor that contributes to the ‘authenticity’ of being in an ethnic group is not just how you identify, but how you present yourself in your everyday life.In Ta Nehisi’s book, Between The world and Me, He says: “The meek shall inherit the earth” meant nothing to me.The meek were battered in West Baltimore, stomped out at Walbrook Junction, bashed upon Park Heights, and raped in the showers of the city jail. While this is a more extreme example of my argument, it still encompasses the kind of toughness that Cory and Corby were testing me for. When he says this, I believe he means to say that to fit in, to survive in his fence was to be tough, or at least feign toughness. For me, my identity would be what I said above, but underneath that layer is  my true self that you expose or hide from your ethnic group. In the end, I don’t believe ethnic identity is about proving your authenticity to others, but rather proving it to yourself. Then, I believe that is when you are able to embrace your ethnic identity, but not before then. 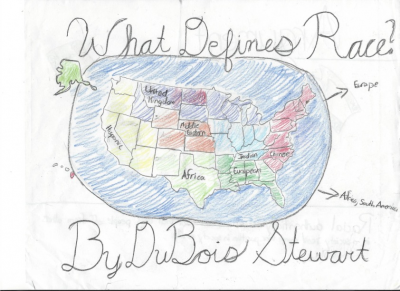