I could see her lips moving and her jaw going up and down but the words the sentences that she was speaking made no connection in my brain. When I think back to that day I think maybe it was her thick accent that I could never understand or her horrid pronunciation.  Even today I can never clearly understood what she was saying, but I will always remember her walking me into my first class walking in and seeing the kids sitting in there chairs quite focused and the teacher was sitting taken in her own world just as the students.

They all were reading their own books because they had a choice reading. Which I later learned found out and it  was  not just something Americans did in school. I remember the girl sitting next to me asked me for my name and I couldn't understand her it seemed like she was also speaking in language I did not know, I felt lost and out of place. Then she said to me would you like to borrow a book I feel like I said yes to her because after that I remember opening this book and feeling this spark of joy because there was finally something I could see and read that I could partially understand. It was weird to see how short the American's alphabet was so short I thought, but at least I am familiar with some of these words they are not all just symbols like the Greece's with their alphabet 2 letters then the rest seems like the jacked the periodic table of elements.

The way that this two people spoke were different so it came easier to understand  the girl because she has a less thick accent is the best way to describe it because the older women had a thicker accent and the region was hard to tell. It might also had to do with that she talked in a more proper way and some of the words that she was saying I could not understand that well.  The girl was saying words that I could understand because she was a first grader the boy next to me though who was the same age as me talked the same girl but when we got outside and he meet his friend the way that he was talking to to him was so different he switched his tone his way of speaking the properness.

I never put so much thought in the way that people spoke but the way that he spoke to me and then introduced himself to his “bro” was interesting because it made me curious to see if all people switched the way they talked to one another. That day I went home  with this thought in my mind do all people switcht the way they talk with one another or is it just people that have some kind close relationship. On the train ride home I saw a man interacting with one of his “boys” as he called him and when his other acquaintance came walking by he did not otter some type of saying like he did with the first two kids. That same day I went to introduce myself to the neighbours with my parents and the way that they were speaking bad but  not to the point where you could not talk they were speaking so proper on both sides and so generic it seemed like the entire time I was in a play scene waiting for it to be over but it kept going every one with these scripted words not real voice then when I went home I heard them speak normal.

“I remember being caught speaking Spanish at recess - that was a good for three licks on the knuckles with a sharp ruler. I remember being sent to the corner of the classroom for “talking back” to the Anglo teacher when all I was trying to do was tell her how to pronounce my name. If you want to be American, speak ‘American.’ If you don’t like it, go back to Mexico where you belong.” This quote was powerful to me because it made me think that this girl was me at one point I was at the end of that stick I could not read or write or even speak English does that mean I should go back a go to where I was from. When I write I write with imperfections and and my type of writing is how I speak it's my voice taking form in words on my paper, does this mean that I should be kicked out and judged because of the type of english I speak . If so then who else needs to what is perfect english in speaking and writing what is the standard who should we follow.

I think not such thing exist because everyone has an individual voice away that  they speak that represents
them and there are times when groups of people start to speak the same because they understand one
another and when they change the way they speak like that with one another it's because that's for them to
understand that's a way to show their individuality a way to break from the shackles that bind is a way to
rebel from the idea of one voice on mind. Voltaire once said “Men use thought only as authority for their
injustice, and employ speech only to conceal their thoughts.”This quote I thought was a way to describe the
way we write and the way we speak as well I thought that writing is a way for us to not hold back and get out
thoughts out on pen and paper for the ones that we cannot speak we write. I used this quote not for the
meaning of men have bad thoughts but because we are not allowed to speak our mind or speak in our own
way that is holding us back suppressing us and binding people's voices but we we also put that in words it
makes it so much worse because leaves us with nothing like Maya Angelou said “There is no greater agony
than bearing an untold story inside you.”. 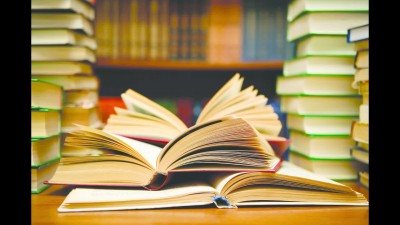