My goal for this essay was to try and think outside of the box. Fortunately I found a source and a photo that I did not originally think of soon after the assignment was assigned. After writing the essay I am proud of what I wrote. I think that it is an idea that I normally wouldn’t think off but it is executed in a way that makes sense. I was really able to get into this essay because I connected well to the topic, making it easier to write.

There are two women who are about to commit a “crime of passion” and murder each other because they feel too much and can not live with or without the other. (2) Or they are two women who are in love with the same man and found out that that man is cheating on one of them with the other. Neither option is justifiable but option 2 is the lesser of two evils. I would not approve of option 1 because, you can not love and abuse. There is no way that you can care and want to nurture someone so much, that you have to murder them. When you take a good look at it, the idea of “crimes of passion” sounds crazy. Option 2, while still crazy, is slightly less crazy because the women do not love each other. They love a man who may or may not love the both of them (which brings up a whole new question of how many people one can love at once). Anyway, since the women do not love each other, they could argue crime of passion based on their love of the man. The two women are about to kill each other to eliminate competition not to express love. Again it could not be that they are killing each other for the man, in that case could be murder for love.

Violence is beyond the control of human choice. Many see violence and think that it can be easily prevented, too many think that peace is as simple as conversation, empathy and understanding. The brutal reality is that doing the right thing is not as easy as it looks. Violence is a symptom of oppression and fear.  The human race can not react when they feel they are being threatened by a more powerful or treacherous system. The reason why the violence continues after the lesser force takes power or gains the upper hand is still a result of fear. Many would ask, What if they are an evil society promoting destructive ideas and destroying the people around them? Wouldn’t it be necessary to bring the system down possibly by using violence?  To that I would say that  I do not believe that humans want to be violent, we simply want to protect ourselves and our communities. Even if they are protecting something destructive it is theirs and they feel threatened that someone is going to take it away, so they may feel that violence is the only way to protect their way of life.

After reading the Chapter 3 and watching Time Wise’s video, I noticed a pattern of white divide. What stuck out to me the most was the class difference within the white race. I think that as a minority, I have a hard time imagining white people as a diverse culture of people. I do recognize that the white race is not a race of people who are collectively rich and ignorant; but in the society that we live in we tend to see white people in one light, scared, so scared that they forget how to treat other people.

That is most evident in the reading, Zinn says “The Indians were plundered by white frontiersmen, who were taxed and controlled by the Jamestown elite.” In this quote you can clearly see that there is a group of white citizens who are clumped in with all the other minorities. Later in the chapter Zinn raises a very interesting question/idea, why didn’t the native American’s, African/African American’s, and lower class white people come together to raise their standard of living? This is a question that I have later asked myself before, especially concerning, the Native American’s and African’s/African American’s.

What I later came to learn is that, Native American’s tried to help the enslaved African’s. They hid runaway slaves and integrated the Africans into the community. Unfortunately this system did not last very long. White masters quickly caught on to what was happening, knowing that they could not physically overpower the Native American’s and take back their slaves, they used the only other form of power that they had, money. After the Native American’s were paid off they surrendered and disclosed the whereabouts of the hidden slaves.

This idea is a wonderful segway into what we know today as, white privilege. These accounts of Native American’s being manipulated by white people dates back to the 1700’s. Evidently the idea of white privilege is not new and white people continue to benefit from it. Both the reading and the video made me think of the idea of white privilege and how it has evolved and changed through the years. From what I understand from the reading and video, white privilege was simply a system of manipulation. White people blatantly used their money people to get what they want and control people, It seemed necessary then. White people were not the majority but they wanted the control and had the means to get it. If I were them I most likely would have done the same. They knew that other people and civilizations were stronger and more familiar with the land.

This reading and video enabled me to look from the point of view of the historical oppressor. I was never able to identify with the other side and I judged them for their choices and means of control, and use of violence as a means of oppression. After further analysis I was able to see that both sides could not help but use violence. The white colonist were under the impression that the Africans and the Native Americans were trying to destroy their way of life. With no way of verbally communicating with other people, they used what they could to protect themselves. As a result the Africans and Native Americans defended themselves. One of the biggest systems of violence can be seen as a misunderstanding with a symptom of violence. No one set out to act maliciously. 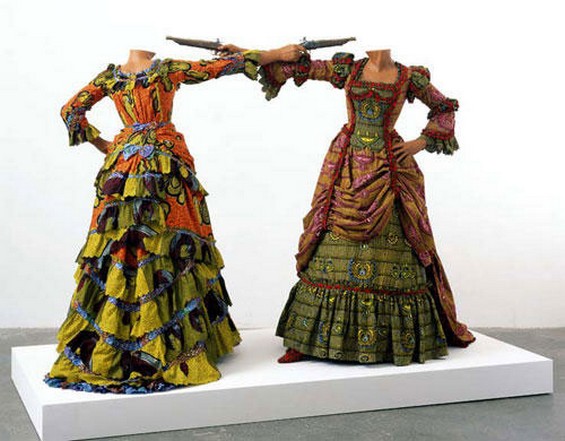