At the beginning of writing this paper I was struggling with what I should focus on as my main question. When looking back at my annotated bibliography I found that I really liked the third image that I chose to describe. I decided to use that description to help form my wider question. That gave me my goal, which was to be able to connect all of my ideas to that one picture description. Like always I wanted to write something that I was proud of as well as something that I thought covered my thoughts on how war and violence affect people, based on environment and situation. I think that I could make this a stronger piece by including more sources that I had in my annotated bibliography. I only focused on two and it would be much stronger with more evidence.

“And just as a cancer patient must at times ingest a poison to fight off a disease, so there are times in a society when we must ingest the poison of war to survive. But what we must understand is that just as the disease can kill us, so can the poison,” Chris Hedges.  People who believe that war and violence are the only solutions to things seem to turn a blind eye to what comes with them. Lives are always lost, and I don’t just mean casualties. War changes people, the experiences that come along with battle are not easily forgotten, as we learned from the Vietnam veterans who came in. Men who weren’t in actual physical battle have and live with survival guilt. Like with some sort of cure, the side effects of war are glossed over and it is forgotten that real people with very real lives were involved, not robots and not ghosts. For many people involved in a war, there is this feeling of a loss of time. This is one “side effect” of war. It is not only the loss of lives but the loss of time spent with family and friends. War messes with these men's minds, yet it seems that for many, if they pretend that these soldiers are problemless than in their eyes they actually are.

There is an image in black and white of a little girl who looks like she’s walking towards something passed the camera. She has her right hand up. Behind her are the wreckage of some buildings. They look like they are on the verge of collapse and there is debris everywhere. A crane is reaching towards the top of one of the buildings but it looks old and not strong. Something bad obviously happened here. Either an explosion or some type of bombing. There’s a woman slightly farther back than the girl who is looking at the little girl and looks like she’s trying to say something to her. Possibly telling her to come back or something along those lines. There is also a man standing in the background just looking at the girl. This image shows how violence blinds people from things that really matter. It is a perfect example of the overlooked and forgotten side effects of war and violence. Those buildings could’ve been that woman and child’s home, or her school. That little girl will always have this image in embedded in her mind and it will most certainly be more real than just viewing the picture. 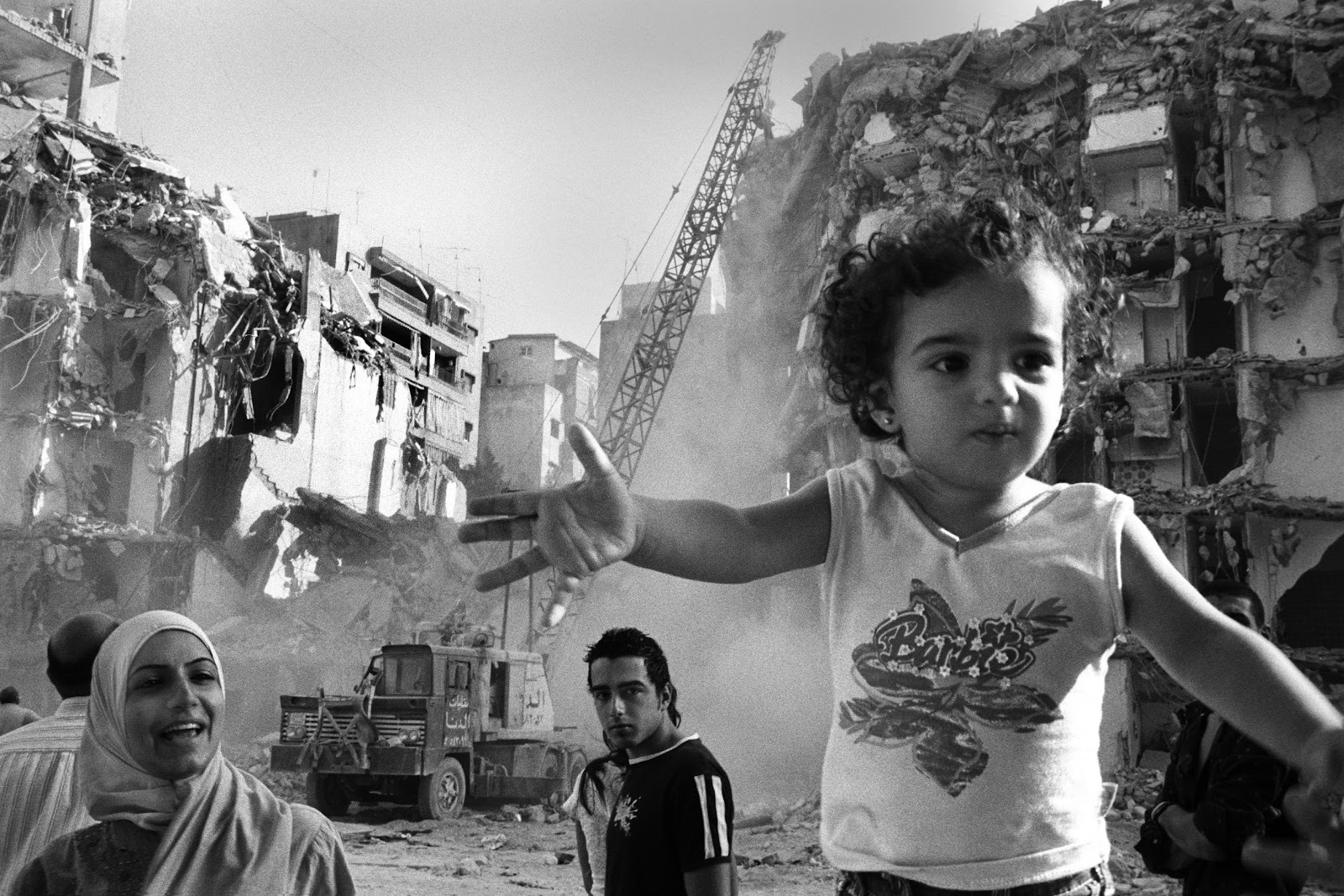 People's environments affect how they act. It’s like how if you grew up in a city, you’re used to the city, but if you grew up in the suburbs you’re used to the suburbs. When you are put into an environment that you’re not used to, you never know how you’re going to react or what kind of person you’ll turn into. Like in the book, The Things They Carried by Tim O’Brien. One of the men, Azar, always talks about killing and death. He’s not afraid of it, and it’s more than a fascination. He enjoys it. If Azar was not brought to Vietnam, I think that he would be a very different person but since this is the only setting we see him in, this is the only version of Azar that we get. When another member of the platoon, Kiowa, died, all of the men searched for his body. During this time Azar kept making jokes about Kiowas situation that the other men didn’t find amusing. They were jokes that you didn’t make about someone who just died. Once they found Kiowa's body, Azar’s comments completely changed, he apologized and took back all of the jokes he previously had said. You can see how war makes people react to different situations in certain ways and if Azar was not in the Vietnam war he wouldn’t make these jokes. In a way, they are a type of coping mechanism.

War and violence numbs its creators and the people that are roped into it. It makes humans forget what really matters. It’s like a drug, dulling human's thought process and emotions. I think it’s important for people to realize this. Important for the people who are directly affected by war and violence but also to the people who do not realize that it is not only these people's faults. It is also the fault of the higher ups, the people who couldn’t care less about the men and women that are sent to fight wars that for some, they don’t even believe in. The same people who are putting their lives on the line just to please someone who has more power are not given what they need to live as good of a life as possible after their experiences. Even after the fighting and the violence is over, for many, the war still rages on in their heads.