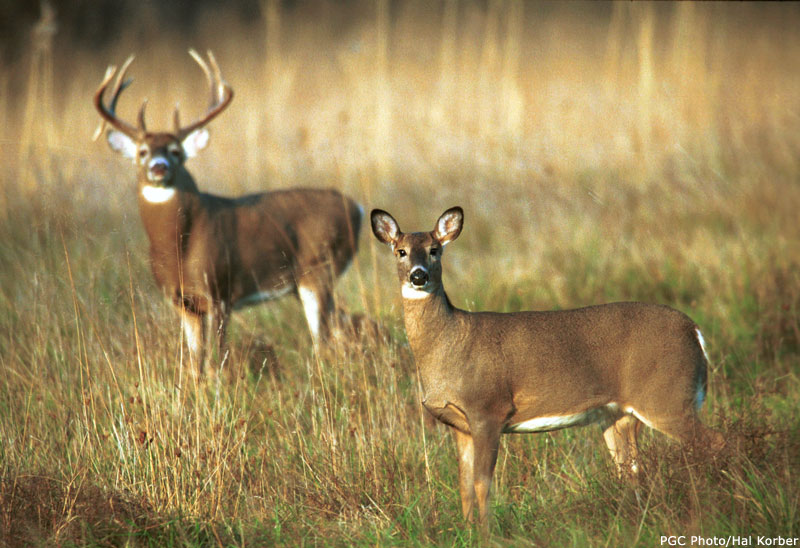 My inspiration for picking this issue was the animals I see that are killed by cars in the Wissahickon Valley Park in Philadelphia. So I decided to focus on animal vehicle collisions near the Wissahickon. Because many road kill incidents near the Wissahickon, and throughout Pennsylvania involve deer, I also decided to focus on that issue. Pennsylvania has one the highest number of deer/car collisions. This is partially due to the fact that many highways in Pennsylvania are near woodland areas and lack passages for animals to cross them. There is also an over population of White-tailed deer ( Odocoileus virginianus) in Pennsylvania, which has one of the highest White-tailed deer populations in the United States. There is an overpopulation in the state because deer have very few predators in Pennsylvania. Their main predators, wolves, and cougars were wiped out in the state due to hunting, and habitat loss, thus allowing the deer to overpopulate. In addition, deer can adapt to farms, and suburban environments. The problem with deer living so close to people is that they eat peoples crops and plants, and increase collision rates.

The population is a little more controlled in some parts of the state because of deer hunting. But hunting is a illegal in more urban areas such as Philadelphia, which has an overpopulation of deer especially in the Wissahickon. So what some cities like the Philadelphia are doing is allowing hired sharpshooters to kill local deer, thus reducing the population. The operation is safe, efficient, and effective, but it is very controversial. Many people don’t like the idea of weapons being used so close to homes and they also don’t like the idea of deer being killed. Humans killing deer is an effective way to lower the deer population, and reduce collisions. This form of death differs from car collisions because it doesn’t endanger humans. It also isn’t a wasted death because in the Wissahickon the meat from the deer goes to homeless shelters. Whereas if a deer is hit by a car, it just dies and that is a wasted death.

Deer vehicle collisions are extremely common in Pennsylvania. It is said that Pennsylvania highway drivers have a 1 in 86 chance of hitting a deer. This can not only injure and kill deer, but also injure and kill people. A full grown White-tailed deer can weigh three hundred pounds. Hitting them while going sixty mile an hour highway speeds can seriously damage a vehicle costing people a lot of money, and/or inure and sometimes kill drivers and passengers. These collisions have even killed people who weren’t even in the the vehicle that hit the animal. A woman in Butler County Pennsylvania was killed when a car going  towards her hit a deer. The deer flew into her car and went through the windshield and into her car killing her.

I’ve been conducting research on Pennsylvania environmental websites that have lots of information on deer car collisions to find this information. But I also talked to someone about animal car collisions. I emailed Maura McCarthy, the Executive Director at the Friends of the Wissahickon. I asked her some questions about animal car collisions in the Wissahickon Park because there are some roads that are near the park, and deer and other animals are sometimes killed on them. According to McCarthy the Parks Department is trying to prevent this by lowering speed limits and putting up crossing signs. Of leash dogs have chased deer into roads causing accidents. ( link to article about this on blog 1 ). An overpopulation of deer, means a large amount of collisions.

To see a map of where i have seen road kill in the Wissahickon click here https://docs.google.com/a/scienceleadership.org/document/d/15hAM-UvuZKTPudPhL1rg9rMGqL3QDd4UP5m381ORGIo/edit

the dead deer’s antlers. Another was a young female killed on Emlen street. It lay dead on the sidewalk across from the woods. A small puddle of blood lay next to its mouth.

I’m not entirely sure what I want to do for my agent of change. I want to somehow try to make it safer for animals on roads, especially in my neighborhood. I might do something to raise awareness that this is a problem, and that people should push for lower speed limits in areas where there is a lot of wildlife. Maybe if more people are aware of this problem then they will be more careful and animal vehicle collisions won’t be quite as common.

I think that this is very important because it effects us in our community. I have saw many deer and didn't consider that we could get into a collision. Nice graphics keep up the good work! Think that there shouldn't be roads near the woods in order to be a step into prevention.