Three years ago, a civil war erupted in a nation known to the world as Syria. A pernicious difference between those who run the government under the leadership of President Bashar Al Assad, and twenty two million people who made up the population of Syria, started during the days of the Arab Spring. The Arab Spring began in Tunisia, where in December 2010, Mohamed Bouazizi burnt himself in front of law officers . The Arab Awakening, as it is often referred to, moved on to the rest of the Middle East, Northern Africa and surrounding countries, as it attracting the news of everyone in the world. As the more and more people that got involved with both nonviolent and violent protests against their government in these countries, the less and less anyone focused on the suffering, ordinary people and the new set of millions of refugees were now facing.

Throughout the past seven months I, Gabrielle P. Kreidie a ninth grader at Science Leadership Academy, have researched the ever growing conflicting of the Syrian Refugee Crisis. My first two blogs, Blog #1 and Blog #2 talked about the research I found, in addition to interviews I have conducted, to figure out even more about the refugee crisis than what the media lets on. Refugees are heading to neighboring countries, Lebanon, Jordan, Turkey, Egypt, Iraq, as well as finding asylum in countries such as Bulgaria. There are more than nine million Syrians who have fled their homes from the Syrian Civil War, with over two and a half million registered as refugees in other countries by the United Nations. As the fighting gets worse and worse, the more amount of Syrians who die increases and the amount of hope for liberty and privacy for Syrians decreases exponentially. 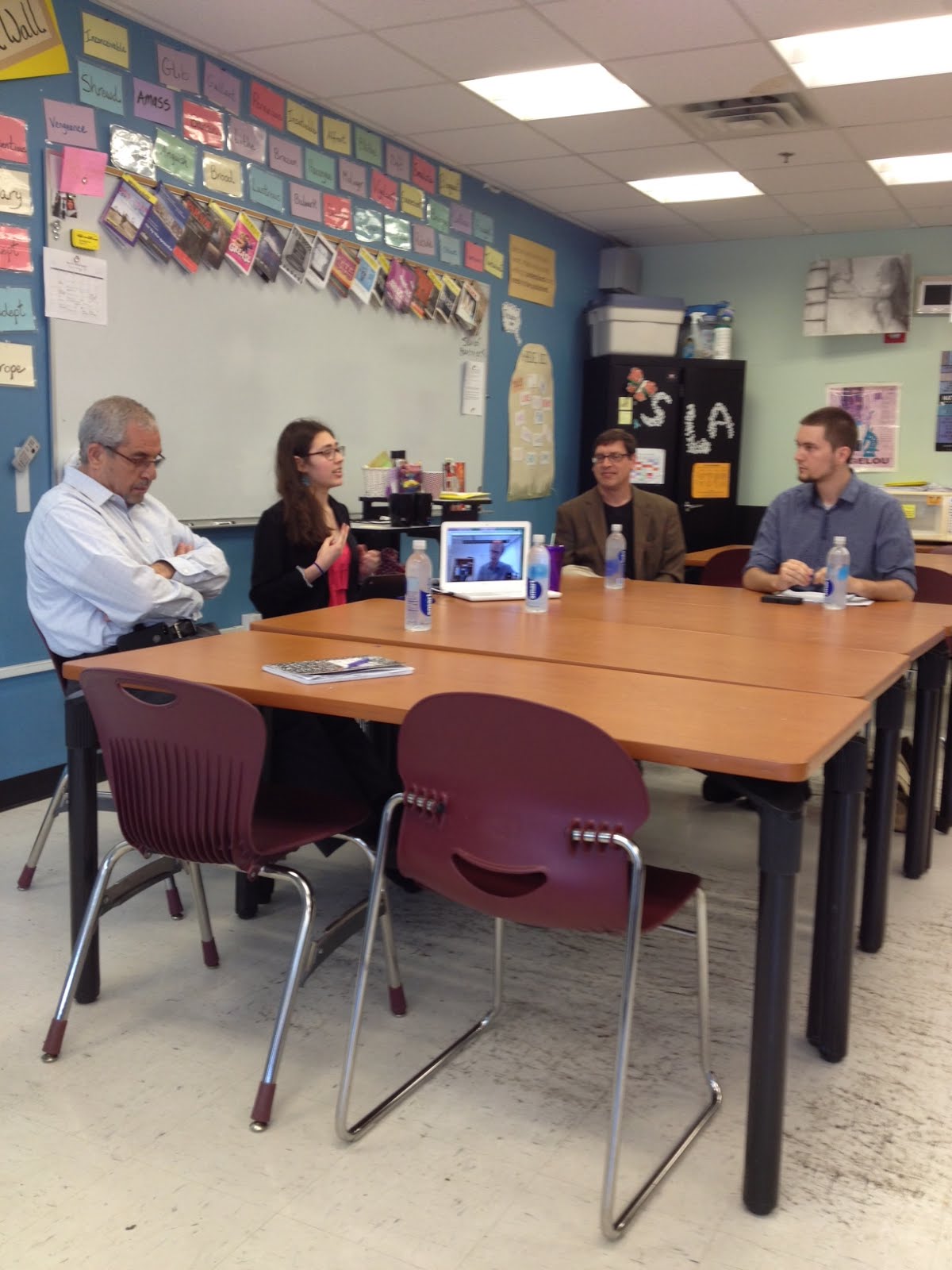 The image shown above is the set up for the Syrian Refugee Panel. Mr. Khorchid, a Syrian businessman (far left), Gabrielle P. Kreidie, moderator (left) , Mr. Reaume, a member of the Qatar Foundation (on computer, skyped into the conference), Mr. Kreidie, a professor at Villanova University for Middle Eastern Studies and founder and executive director of the Philadelphia Arab-American Community Development Corporation (right), and Mr. Przbylek (a member of the Nationalities Service Center).

More than two and a half million Syrians refugees, not including the Palestinian refugees who fled to Syria in the 1970’s until the conflict upheld and they lost their homes again, need our help. Not one person would dare place their self in Syria, as of right now, it is certainly dangerous for any man, women and child. Yet, we do not need to put ourselves in complete danger in the case that we want to help our fellow humans who are suffering in the hands of their treacherous leader. You can help them from thousands of miles away, just as I did.

For the final component of this project which I have started promoting since the beginning of the school year, I organized a Syrian Refugee Panel. This panel allowed students from all over my school to understand the issue facing straight in front of us and allow all sorts of educated people on the crises to speak their views. The panel included a professor for Middle Eastern Studies, a Syrian businessman, an employer of the Nationalities Service Center in Philadelphia, and an employer of the Qatar Foundation. The panel was incredibly successful and I was told by my fellow peers that they learnt a lot, which was my goal all along. 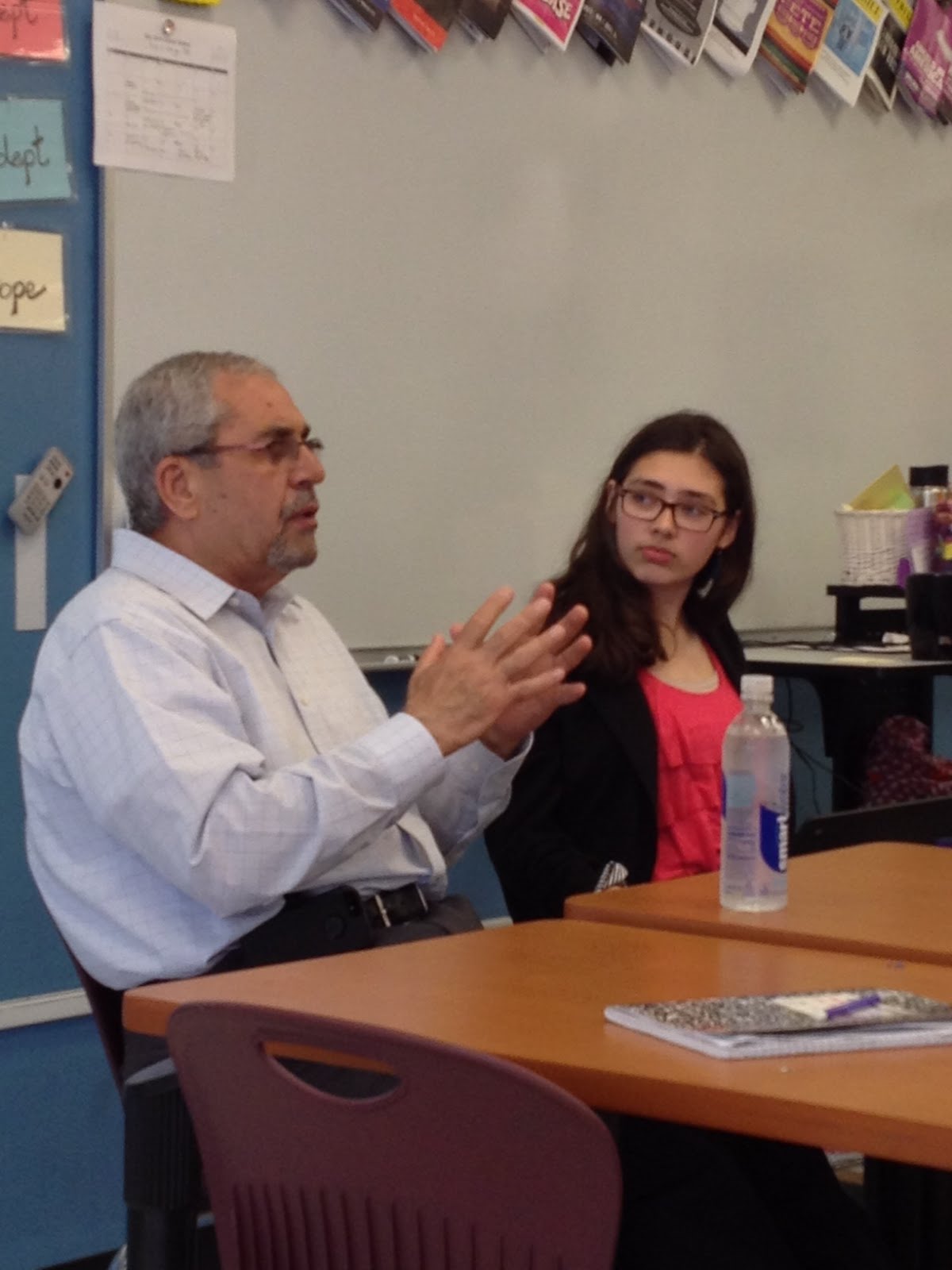 Mr. Khorchid talking about the problems his family and other families are facing in Syria. Mr. Reaume focused on the troubles refugee camps were facing.

The easiest way to help the Syrian refugees is, what I did at my school, spread the word on the crisis to all sorts of people. Very few all over the world know exactly what is happening to the Syrian refugees, having the ability to be educated on this topic and then present your knowledge to others is one of the greatest ways to keep this very serious issue in the minds of all. There are many other ways to get involved, you can go to the World Food Program for additional ways that you can help the Syrian refugees, as well as Save the Children and UNICEF. There you can donate money and find fundraising ideas to campaign for the Syrian refugees.

The Syrian refugee crisis is becoming more and more aware in the news force lately, from a very powerful superhero, celebrities. Celebrities, as famous as they are, are able to highlight important issues with millions, if not billions, of people paying attention to all that they do. Harvey Weinstein missed the 2014 Cannes Film Festival release of a movie he distributed, Grace of Monaco, to stay in Jordan and talk to children refugees from Syria about films. Angelina Jolie, an ambassador to the United Nations, has made multiple trips to hosting countries for Syrian refugees, and continued to highlight the issue in the news. Even the popular Pope Francis, on his recent trip to Jordan and the Holy Land thanked the Jordan government for holding half a million Syrian refugees in their country and earlier this year has called for an “urgent end” to the civil war. 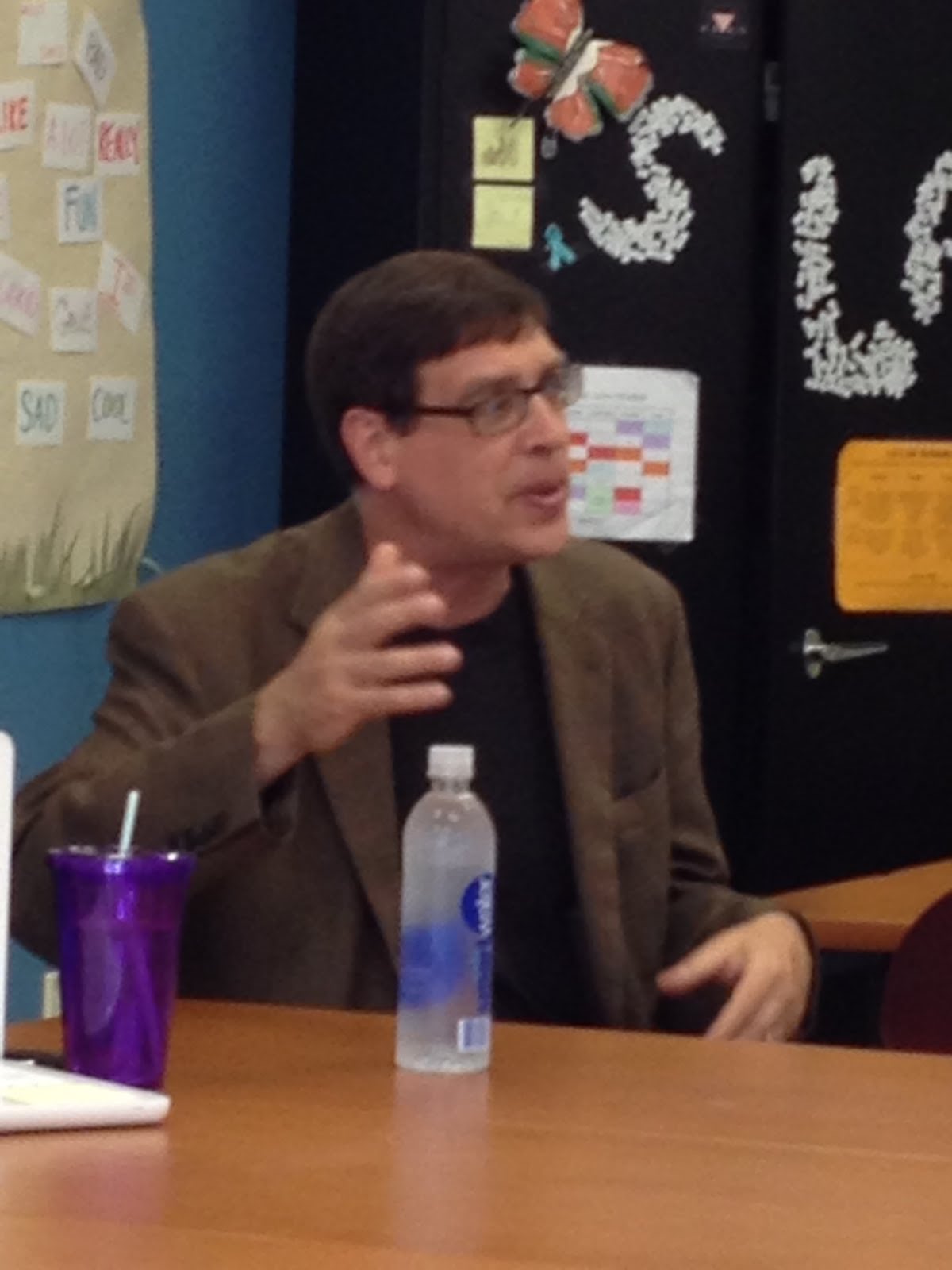 Mr. Kreidie focused on the history of the conflict and the international response for the crisis. Mr. Przbylek focused on what we did in our region to help Syrian refugees.

This project has allowed me for the past year to focus on a honestly, important issue. Being Arab- American, I know the struggles my family is facing thousands of miles away, while I live in the United States of America living a pretty relaxed life compared to all of them. I am one of the lucky ones, in terms of not having to deal with civil wars right outside my door. My dream is to work for the United Nations and to give people around the world the greatest amount of help while they are suffering. I hope to open schools in refugee camps and campaign for money for vaccinations for every person in the camps. I have seen, through this project, that I have a tool to change the world in my hand: the internet. Sure, this blog may not be breaking news on CNN, yet as long as one person sees it, the message will be received. Thank you for taking the time on checking this blog and researching the Syrian refugee crisis. The end of the crisis will come, only if we step up and speak aloud.

Thank you to Miss Dunn for everything! You are one of the greatest teachers I have ever had and one of the kindest people I know, and one with great amount of shrewd!