Change of Heart by Jodi Picoult is a moving book that incorporates love and death, religion and murder and beliefs. This heart-moving book (no pun intended) made me question my values and made me think about if I was in their position.

Shay Bourne is the first death row sentence in New Hampshire in 69 years. He committed double murder, a young girl and her step-father and now he wants to be redeemed. Enter June Nealon. She can’t lose her only connection to her husband by letting her daughter, Claire, die, but there are no hearts that are the right match for Claire. Except for Shay. Shay wants to help by giving Claire his heart after he is executed. This transaction shouldn’t be that hard. But it is because Shay is the murderer of June’s husband and daughter, Kurt and Elizabeth Nealon. June has to decide whether she wants to have the killer of Elizabeth help her other daughter live. She has to decide whether she wants to let her vengeance go and grant him his dying wish to help Claire. At the same time, in the prison where Shay is being held, he starts to do miracles that resemble the same miracles that Jesus had done. His cell mate is convinced that he is the Messiah but the others aren’t so sure. He claims that he is not religious at all and that he has never read the bible at all. So why would he be quoting out of the hidden gospels?

I can’t really relate to much in the book that is important because all of the actions are very extreme like killing two people and choosing life over death and doing miracles. I feel like the book made me think harder about religion and what some of my values are. I also thought about what I would do if I were June Nealon and if what she did was right or true. This is a very thought provoking book and very deep. I also liked this book because the ending didn’t leave you wanting to know more or wanting a sequel. This book made the ending clear and I find that the ending was the best part of the book. I think that it was perfect that there were no weaknesses at all. The strengths about the book was the way many points of view the story was told in and how the book made you think about religion and ethics. If there was something that I would change about the book, it would be to have some underlying plots including some of the minor characters. There are some already but I think that it would be interesting to find more. Also I like connections between characters that you find out about later on in the book. I would recommend this book to someone who likes big reads because this book is about 400 pages at least. It took me about 2 weeks to read it and once you get to the good parts it is very hard to put down. So if you are thinking about reading it, make sure you have a good chunk of time on your hands.

Overall I think that this book can be a 5 star on my shelf because it hits a lot of points that you wouldn’t find connected otherwise. This book makes you think and lets you reconsider some ideas that are rarely brought up. It is a long book but in the end it is worth it. 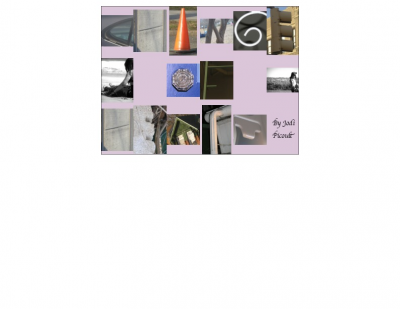