Posted by Douglas Herman on Tuesday, May 24, 2011 at 3:45 pm
​After a long and heated battle in Philadelphia, the Continental Congress finally came to accept what the northern colonies had already known for quite some time. War with England now deemed unavoidable, and a Declaration of Independence inked, the focus of the newly united colonies now shifts to New York as General Howe's forces moves in to capture the critical port. 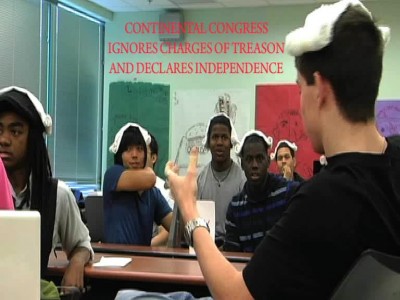