Comparing “Taming of the Shrew” to “West Side Story”

"Taming of the Shrew" proves, the idea of falling in love with someone soon after they meet is possible. In "Shrew," Petruchio were driven to make Katherine his wife when he first set his eyes on her. He went out of his way to ask her father for the consent to marry her and achieve the love he was looking for. In the 1961 movie "West Side Story," the character Tony has been led to the same situation of being caught up in love at first sight. He met a girl named Maria, who is also deeply in love with him. Tony goes out his way to hope he can get her without the interference of his boys and her brother Bernardo. In both of these scenarios, love at first sight shows the audience that people will do whatever it takes to chase after love.

Petruchio: Signior Hortensio, ‘twixt such friends as we

Few words suffice; and therefore, if thou know

One rich enough to be Petruchio’s wife—

As wealth is burden of my wooing dance—

Be she as foul as was Florentius’ love,

As old as Sibyl, and as curst and shrewd

As Socrates’ Xanthippe or a worse,

She moves me not—or not removes at least

Affection’s edge in me, were she as rough

As are the swelling Adriatic seas.

I come to wive it wealthily in Padua;

If wealthily, then happily in Padua.

This quote from Petruchio is directed to Hortensio to let him know that he seeks a wife in Padua. He is mostly seeking a wife with a lot of wealth, and he does not care about any other features. Such as her being foul, old, and/or unpleasant. This shows that Petruchio is following a path that will lead him to finding love. The context of the quote shows that he is in Padua and is desperately looking for someone no matter who.

In West Side Story, Tony and Maria came to the dance separately. No one from the different gangs intermingled but them. They danced together until Bernardo separated them. 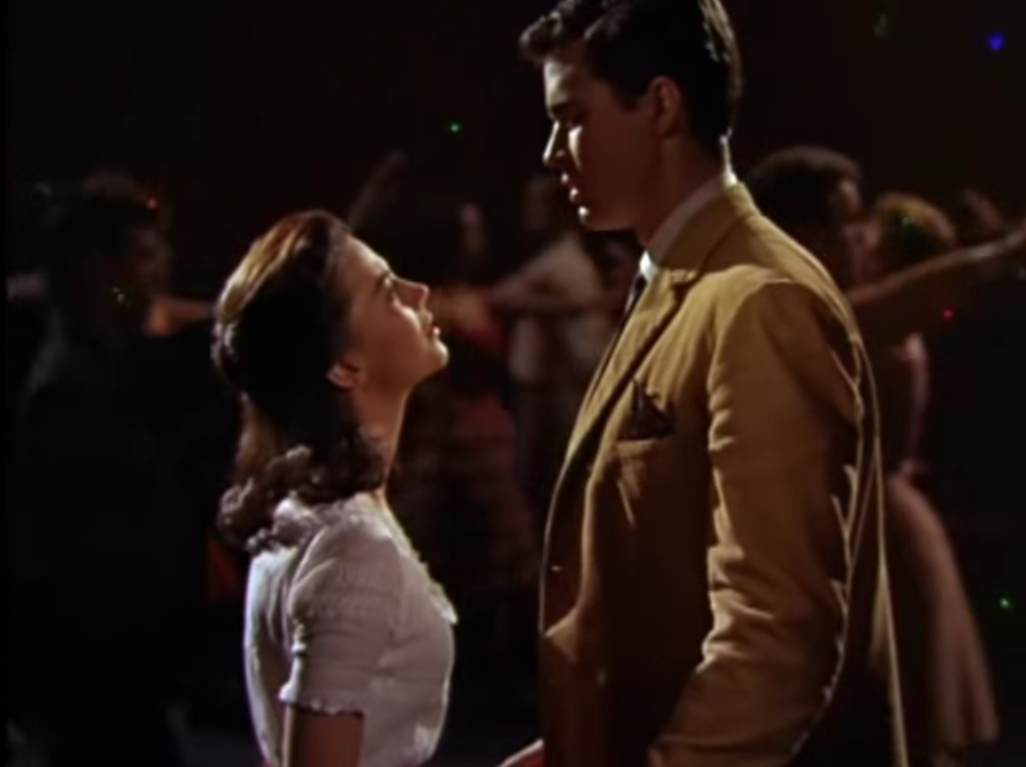 In this part of the scene from West Side Story, Tony and Maria locked eyes on each other at the dance. They walked towards each other and danced the night together until the point where they kissed. Bernardo, Maria’s older brother, broke them up and told Tony to stay away from his sister. Tony took to surprise that she was apart of the sharks. This truly shows the love at first sight that Tony and Maria had for each other during this scene of the first moment they met, but now Tony knows that he has a difficult task to fight and chase for Maria’s love knowing that she is apart of the other gang. Taming of the Shrew and West Side Story compares because Petruchio is in dire need of finding anyone while Tony already found someone, but is chasing after being with her.

That you shall be my wife, your dowry ‘greed on,

And will you, nill you, I will marry you.

Now Kate, I am a husband for your turn,

For by this light, whereby I see thy beauty—

Thy beauty that doth make me like thee well—

Thou must be married to no man but me,

For I am he am born to tame you, Kate,

And bring you from a wild Kate to a Kate

Conformable as other household Kates.

I must and will have Katherine to my wife.

Petruchio lets Katherine know that he has the consent of her father Baptista to marry her. He lets her know that he will marry her whether she likes it or not. He further notifies her that he will tame her, calling her a wild Kate and placing her under the language of animal domestication. This sets the tone for their relationship through the rest of the book. The way that Petruchio is chasing his love, he looks to tame his wife since she does not truly love him. This is his way of finding love.

In this part of the scene, after the dance, Tony visits Maria at the fire escape secretly. They talk about their night and reaffirm their love for each other. 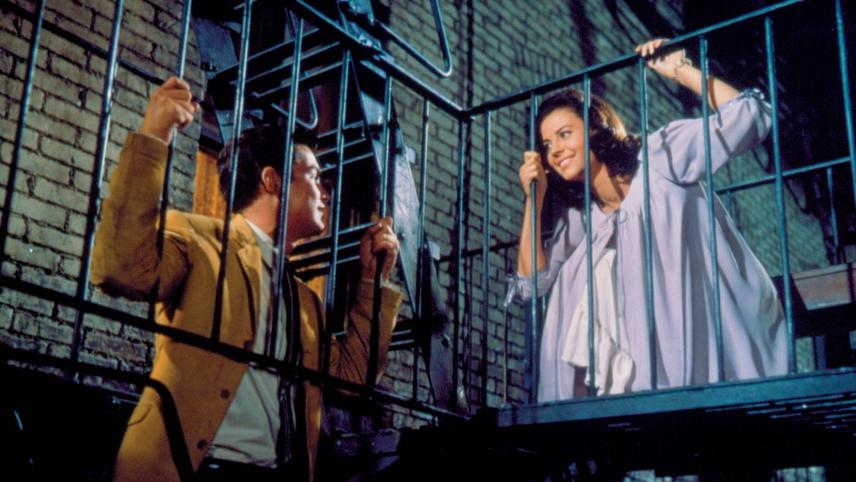 Tony and Maria let’s each other know the way they feel for each other. During this moment, the jets and sharks had met up and is talking about an upcoming ruble between the two gangs. Not by dance, but by one on one first fights. Maria is then informed by Anita about the rumble and asks Tony to stop them from fighting. Tony says he will. This shows that Tony would do anything for Maria and by stopping this rumble, it would allow both gangs to be safe and benefit Tony and Maria so that no more conflicts between both of their gangs will continue to happen. Tony is chasing after her by doing what she asks of him.

West Side Story’s ending was tragic, as Tony failed chasing after Maria’s love. He ended up dying of the one favor he was asked from Maria. However in Taming of the Shrew, Petruchio was able to get the love he wanted by taming his wife, Katherine. Throughout the movie, Bernardo with his gang, and Tony’s boys, interfered with what Tony and Maria had for each other. It showed the audience that not everyone gets what they want in the end.

“The Taming of the Shrew”

I really liked this new perspective of a comparison I hadn't thought of before. It really showed how powerful love is regardless of who it's directed towards.

This project change my understanding of love at first sight. I didn’t think that it was ever possible but I know that there are some people who had experience it. From both of these sources, “West side story” and “Taming of Shrew” it shows that love can be very desirable and powerful that you love who you love. The movie, “West side story” unfold a love that even though they had to go against each other they overcame it with love while “Taming of the Shrew” Petruchio wanted Katherine because she was wealthy but the mindset he had to tamed her was commitment and showed effort in some way.

This project was well written and really had a lot of good points. You were able to point out key parts in the movie that proved your thesis of falling in love at first sight.

This project showed how love is so desired and no matter the circumstances, you love who you love. The comparison to West Side Story really showed how although they came from Rivals, they were still determined to be together no matter the cost. For less honest reasons, Petruchio does not care where his wife comes from, as long as she is wealthy. This could have it’s pros and cons, but it shows the extent people are willing to go. In some ways I knew this, but showing how Petruchio uses love for his gain really showed a darker side of love.