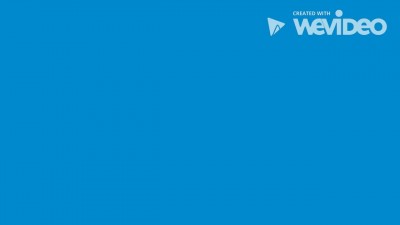 High school was always a goal for me growing up and I always looked forward to reaching that point in my life. I imagined it being just like the television shows with cliques, nerds, jocks, popular basketball, cheer-leading, and football teams, prom king and queen, etc. I fantasized about how I would be in high and school and where I would stand. I hoped I would fit in. I wanted it to be a time to remember.

When I reached the eighth grade I began applying to all of my high schools. I hand wrote essays, went to open houses, and had interviews. Once I came to Science Leadership Academy I wanted to join all the clubs and sports to be active and involved. Everything seemed so overwhelming, but still exciting. I quickly migrated towards a group of friends who are still with me today.

“Take a deep breath and remember what we practiced. You’re going to do great Yas!” I took a deep breath and shuffled through my papers looking over everything. I could feel the butterflies in my stomach as I was waiting to go upstairs. I remember I wore black pants and a white button down so that I was dressed professionally. I also, remember the principal saying “All students who are interviewing today can now head upstairs to the room number on their paper.” I stood up feeling alert and anxious and the next thing you know I was quickly walking with the crowd clenching my folder in my hands looking around the school and for my classroom. It was finally time for me to show off the project I was so passionate about. They had all the students sitting down and choosing one of the prompts to write about until we were called for our interview. I remember interviewing with one student and a teacher.

When I entered the room the whole setup was different. Instead of having individual desk there were tables that seated four people. The teacher’s desk were planted into the floor and some had sinks built into them. There were labs and other interesting things around the room. Lockers were also on every floor and there were only two lunch periods. As you can see, I had some adjusting to do. I had to become accustomed to the new environment similar to O’Brien in “The Things They Carried”. Instead of working with his father everyday and having shifts, he was fighting in wars. One of my first new experiences was not having school uniform. I’ve always been at a school where uniform was required so it was different for me to see students dressed in all different types of ways. Another new experience was carrying my book bag around to every class instead of carrying my books in my hand. I was use to going to my locker only in the morning and after lunch. Something I had to become accustomed to was traveling places by myself. I was use to a ride in the morning and a short walk in the afternoon, but I quickly grasped how public transportation operated and it became simple for me to travel around.

While reading “The Things They Carried” the author list all the things that the soldiers carried with them. Specifically, O’Brien carried a picture of the girl he was in love with, Martha. I carried a baby picture of myself with my dad in the front pocket of my book bag everyday. O’Brien kept that picture with him and always thought about Martha.  I held onto that picture keeping my dad in my mind and with me all the time. It makes you feel closer to the person and it also makes you feel some sort of connection with them even though they are not there in the flesh.

Tim mentions a quote in the book relating to stories and the impact it has on a people. “Stories are for joining the past to the future.” This book is designed in a way that all of the soldiers have a certain background that they bring with them as there moving on in life. I also, have a background that I carry with me and add on to as I do more things in life. Just to be clear when I say background I mean past life,experience, struggles, lessons, and more.

Once I was well into high school, around January, I began to lose interest in a lot of my classes. I would find myself thinking about other things and not focusing on my work as much. In the novel, Tim continuously day dreamed about Martha. “He had loved Martha more than his men, and as a consequence Lavender was now dead, and this was something he would have to carry like a stone in his stomach for the rest of the war.” When the time came to take a test or do a project I would have to face the consequences by being lost and regretful. Instead of Tim putting all his attention first towards his men and their needs he was more focused on someone who wasn’t even present in his life and he suffered consequences because of it.

A few months later, I got my letter in an envelope. I skimmed the list looking for SLA and finally I saw it at the bottom of the paper saying that I was accepted. I was thrilled! Immediately, I called my mom screaming and saying “I got accepted”. She was so proud of me and said we would celebrate later that night. Afterwards, I called my brother and stepdad to share the news with them as I was on my way to lunch with my best friend.

So, as you can see O’Brien and I have very different stories, but there are still some similarities between the two. We both experience lot’s of change and learn new things. Also, we both display some emotions that can relate to one another.