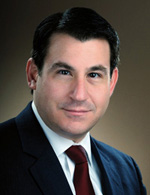 In my district (the first senatorial district), senator Larry Farnese is most involved in education reform. He’s on the state senate education committee, and he’s working with State representative Curtis Thomas to establish five new technical and vocational schools in the next five years. He is also partly responsible for increasing education funding by 250 million dollars.
Larry Farnese is a democrat and advocate of public education. His grandfather served on the Philadelphia school board. He’s sponsored programs on behalf of the Sister Cities Young Artist Program at the Moore College of Art and Design, as well as Italica Arts and Education. He attended Villanova University for undergraduate school and Temple University for Law school.
I think Farnese will take interest in my cause. He’s clearly invested in public education, and he cares about art programs, which suggests that he values learning as an end to itself. (Maybe that’s wishful thinking, but it’s possible.) He’s also is willing to spend money on education.
My district representative is Babette Josephs is an advocate for public school, and for charter schools in particular. She strongly opposes giving tax money to religious schools. She’s voted for special education funding, and is strongly in favor of the public school system.