Hi, my name is Orlando Aguayo and my passion for the You and The World project is to try to stop cyberbullying. I have a strong voice for cyberbullying because I wouldn't like to be bullied or have threats thrown at me. It would make me feel so weak and disowned by the world. I'm also interested in cyberbullying because, as of 2017, cyberbullying is one of the biggest reasons why teens have committed or attempted suicide, according to the cyberbullying hotline. It is also the third leading reason why teen deaths occur, the first reasons being car accidents and the second is homicide. One reason why I started off talking about cyberbullying and suicide is because there are many reasons how cyberbullying connects with suicide. It connects to suicide negatively because cyberbullying can be very damaging to teens’ minds. It can lead to anxiety, depression, and suicide. Also, once things are circulated on the internet, they never really disappear, causing the pain to resurface at later times to renew the pain of cyber bullying.

I am interested in this topic because about a month ago, I watched a movie called Cyberbully, which was mostly showing how bullying can cause ripples in somebody’s reputation, and how cyberbullying can destroy the person (who is getting bullied online) mentally. Another reason I’m focusing on cyberbullying is because there isn't a reliable way to stop cyberbullying. For example, if I were to block the bully’s account, they can easily make a new one unless you stop the bully by controlling the hate. My goal for this project is for students to understand how things you say affect someone mentally and physically. My personal goal is to make someone who has been bullied feel valued by becoming their friend and showing them how important they are to me. My way of learning more about it is by researching more information on cyberbullying. I’ll also learn more by interviewing a victim of cyberbullying.

In this picture it shows that the two girls uploaded a rumor or an inapporiate picture.

Cyberbullying has a connection to me because a friend of mine has very bad anxiety and depression because she was bullied and cyberbullied. It also a connection to me because my friends are the reasons why I am so happy, so when my friends are being hurt physically or emotionally, it also hurts me because they don't feel worth something or they feel weak. This topic is important to know about because over 25 percent of adolescents and teens have been bullied repeatedly through their cell phones or the internet. By cyberbullying someone, the victim might start to feel terrible about themselves, which the whole world can see. 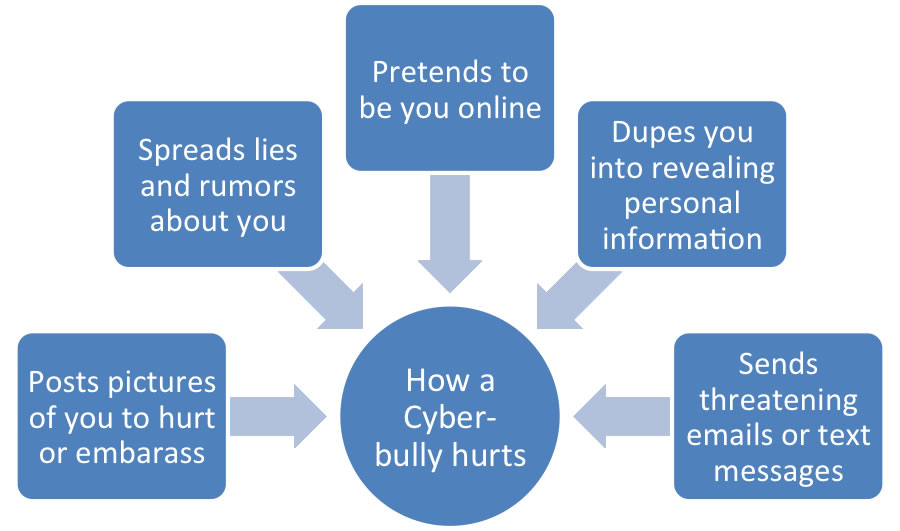 This pictures shows how cyberbullying is on social media

As you can see, cyberbullying is a dangerous thing that causes mental disorders and can even result in suicide. Did you know that 90% of teens who have seen social-media bullying said they ignored it. This is how bullying becomes out of control and why victims don’t speak up. They can't speak up because they have nobody to speak to. These victims need of cyberbullying need someone to lean on.  Also, for boys, they are most likely to be cyberbullied because the norms for a “normal” boy is to have a flat stomach, be heterosexual, and rude.
Link to bibliography

Very nice! This is really good. I like how you provided a lot of information about cyberbullying. Your pictures are really good as well. Also, you made connections to a movie, which is very interesting. Based off of what I read, it shows that you really care about cyberbullying. Keep up the great work! I'm very excited to read your next blog post.