Posted by Desmond O'Donovan in Technology- Freshmen - Hull on Monday, December 3, 2012 at 9:38 am
I put a photograph of me in the background because that is what the slide is about. I have the photo fade a little bit at the end because I don’t want  it to distract people to much. I also have it turn red because red is my favorite color. My name is written in large font, and it’s red which provides a nice contrast. The font is pretty large because that is the title, and the main point of the slide. It is important to have that really stand out. The background dissolves in which is a bit more sudlle Then I put photos of my various interests because that defines who I am. I put a liger in the slide because I really like animals, especially ligers. I put pancakes because pancakes are my favorite food. I put a sketchbook because I like to draw, and I put a running track because I like to run. The photo of the lion thing to the right is from the card game magic the gathering which I like. This is why I designed the slide the way that I did. 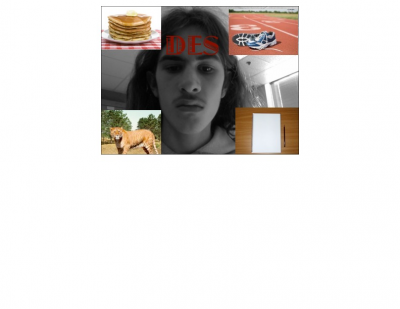 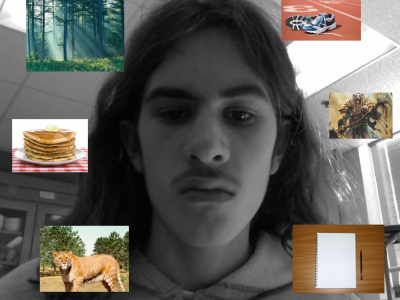 I learned to use the rule of thirds. So I used three images on each side of the slide. This also uses symmetry, as opposed to my earlier slide which had three images on one side and two on the other making the side with only two images look incomplete. I positioned the images in a more interesting way, instead of just in columns, and made them different sizes so that they stood out. I positioned them in a way that they didn't crowd the back ground image. I didn't label them like i did earlier because that was unnecessary.