In both “Taming of the Shrew” and “Silver Linings Playbook,” the text sends the message thatwe see that relationships aren’t something that can be forced. In Shakespeare’s play, Katherine is forced to be married off and Petruchio swears that she will be his wife, no matter what it takes. Her younger sister has several suitors after her, and her father will only let Bianca marry after someone takes Katherine. In Silver Linings Playbook, Pat is trying to repair a relationship he already had. After coming home to find his wife cheating on him, he ended up at an inpatient mental health facility where he was diagnosed with bipolar disorder. He confesses to his court-ordered therapist he ended up in the hospital after he nearly beat his wife’s lover to death and his wife, Nikki, filed for a restraining order. Although he left the hospital against medical advice, and refuses to take medication he still holds on to the idea that there is hope in saving his relationship. In the end of Taming of the Shrew, Katherine ends up being a nice wife and they live happily ever after, whereas in Silver Lining's Playbook, at the end, we see that neither Tiffany nor Pat are still wearing their wedding rings.

When Pat returns to his home in Lansdale, PA, he meets up with his best friend, Ronnie. Ronnie introduces him to his sister-in-law, Tiffany. Tiffany and Pat develop a friendship quickly; they both share a history of mental health issues and their hatred of Trazadone. Pat quickly realizes that he can use Tiffany to communicate with Nikki and she offers to deliver his letter to Nikki if he agrees to be her partner for a dance competition. He agrees, and is using this dance competition to show Nikki he’s a changed man and worthy of her affection. Similarly to Petruchio's situation, he is being encouraged and helped by friends at his attempt to create a relationship where there isn’t one.

Dissimilarly to Petruchio, Pat isn’t able to talk to Nikki because of the restraining order against him. In order to talk to her, he gives a letter to Tiffany about how he’s a changed man. She responds with a typed letter saying that there is still hope and that she still loves him. His first attempt to reconcile things with him is by reading all of the books she teaches to her high school English class. He tells her in a letter that he finds the book rather depressing, while Nikki responds with ‘real life doesn't have happy endings, I’m teaching kids about the real world.’ He spends all night reading the works of Ernest Hemingway, both with Old Man and the Sea and The Sun Also Rises. 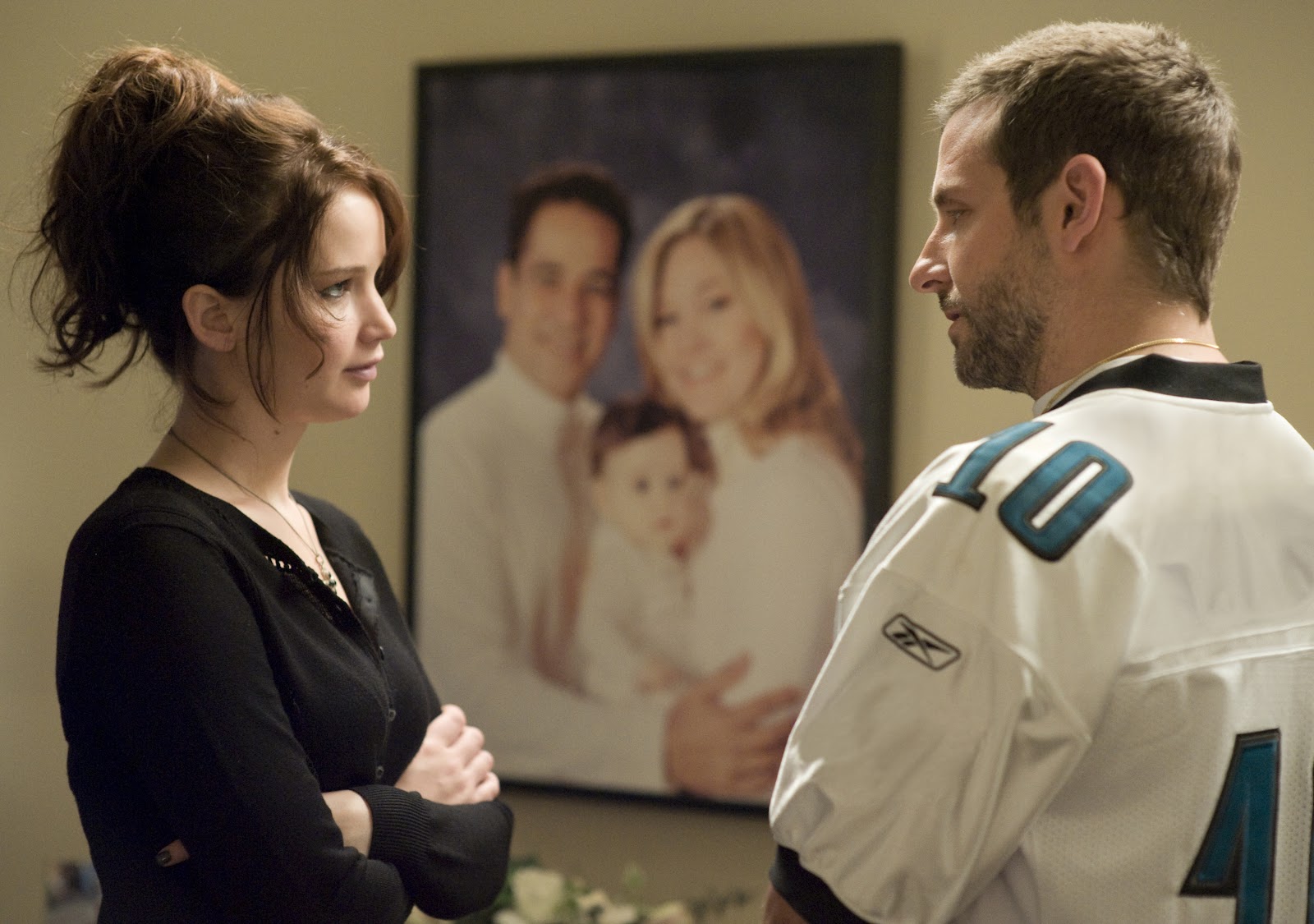 Although, more similarly to Petruchio and Katherine is the dynamic of Tiffany and Pat. Tiffany is recently widowed and unemployed. She eventually opens up about how her husband dies and how she lost her job. She confesses she wasn’t really into sex the few months before she lost her husband, and he died in a car crash on the way home from Victoria’s Secret, where he was buying her lingerie ‘hoping to get things going.’ After he died, she eased her depression by having sex with nearly everyone she worked with. This causes her to lose her job. Tiffany’s sister, Ronnie, is the nice one everyone wants. She has the perfect suburban life. Tiffany, however, does as she pleases. She’s the mean one until people get to know her. She wants Pat to love her, she even offers to let her “fuck her if she turns the lights off.” While Petruchio starves his wife and calls her Kate in an attempt to be more intimate with her, Tiffany offers sex shortly after they meet.
"You lie, in faith; for you are call'd plain Kate,And bonny Kate and sometimes Kate the curst;But Kate, the prettiest Kate in ChristendomKate of Kate Hall, my super-dainty Kate,For dainties are all Kates, and therefore, Kate,Take this of me, Kate of my consolation;Hearing thy mildness praised in every town,Thy virtues spoke of, and thy beauty sounded,Yet not so deeply as to thee belongs,Myself am moved to woo thee for my wife."
Pertuchio, Act II, Scene I
In this scene, Pertuchio is trying to convince Baptista that Katherine really loved him. One of the conditions that Baptista offered in order to marry Katherine is that she must also love him. He keeps calling her Kate, which is a nickname her father uses and is trying to flatter her. He's trying to win her love by complimenting her. Tiffany also does something similar to Pat. In order for Pat to talk to Nikki, he has play nice with Tiffany. Tiffany wants Pat to love her, and is using her upper hand to gain his affection.
"Come, Kate, we'll to bed.
We three are married, but you two are sped."
Act V, Scene II
At the end of this all, Katherine is happy with what's going on. She's been tamed. At the end of Pat's story, there was no hope for him and Nikki. What happened before the hospital will never happen again. So he moved on with Tiffany. He finally quit wearing his wedding ring, and she stopped wearing his. Although in both Silver Linings and Shrew, they don't end up in the situation that they would have liked, everyone is happy.