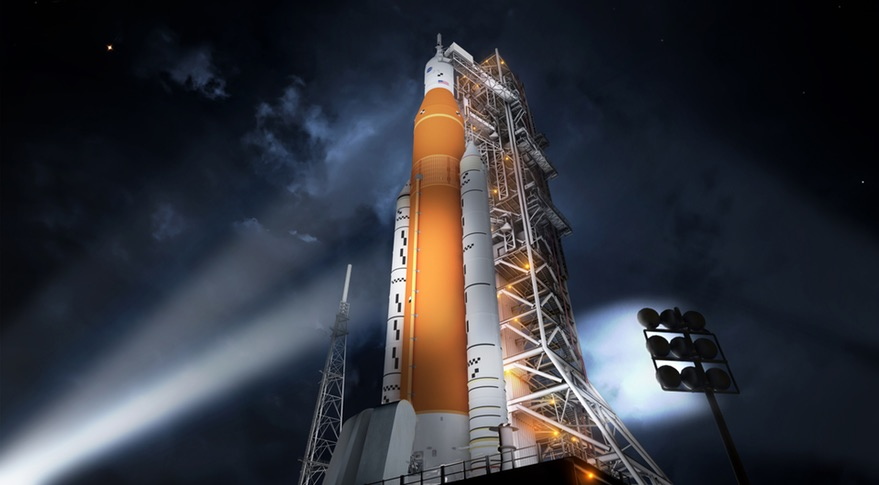 “All three engines up and burning.  3, 2, 1, 0, and liftoff! The final liftoff of Atlantis.  On the shoulders of the Space Shuttle, America will continue the dream!”  Since the end of the Space Shuttle program, NASA has aimed for the much more ambitious goal of sending a man to Mars.  Currently, they plan to launch man to Mars by the mid 2030’s In the last blog post, I talked about how NASA’s funding has declined since its apex in the 60’s 70’s and the moon landings.  Since then, the Space Shuttle has expanded knowledge of living within space but it can travel no further than low earth orbit.  To do that, they need to build a new Space Launch System or SLS. However, it is already much more expensive than the proposed BFR from SpaceX who plan to launch more to Mars at just a fraction of the cost.  One possible reason for this is the change of power in the United States meaning change in plans for NASA’s programs, leading to progress taking a long time to be done with constantly changing goals.

After having collected surveys from students at SLA, I would like to share my results, but before that, I will state the goals of my survey.  My plan for the survey was to ask people how much they believed that NASA receives, along with whether they should receive more or less funding.  As I continued my research, I began to add more questions based on companies like SpaceX competing with NASA. When it came to the answers, the common answer to “how much money do you think NASA receives?” was around the ballpark of 2-5 Billion, with some saying in the range of millions, and one answer saying trillions, but the trend is showing that people think NASA receives less money than they actually do,

which is around 18 Billion. 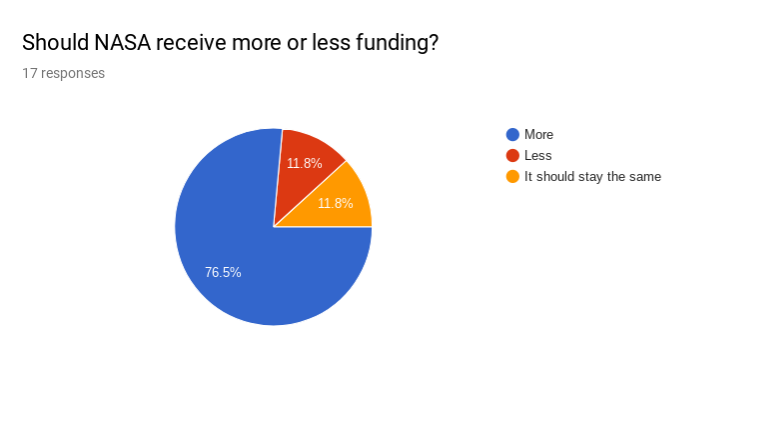 The majority of people believed that NASA should receive more funding, and they said that the money for that should come from the budget for Government or Military for the reasons of it being important for them to combat global warming and advance technology on earth with endless possibilities.  The people who said that NASA should receive less funding said that it should go to education, citing the reason that our school system is falling apart and would need the funding. 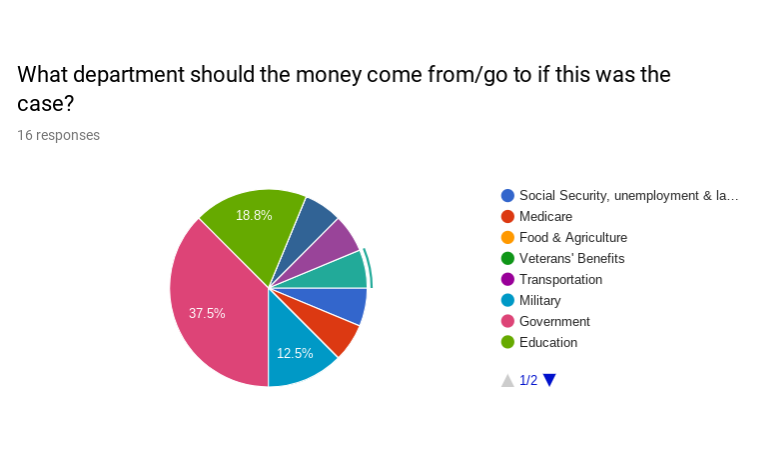 Another question that was added was on the topic of NASA’s manned Mars mission, which to me, would show the people’s faith in NASA to send humans to Mars within a decent time frame.  The majority had faith in NASA to land a man on Mars before their planned date timeframe of the 2030’s 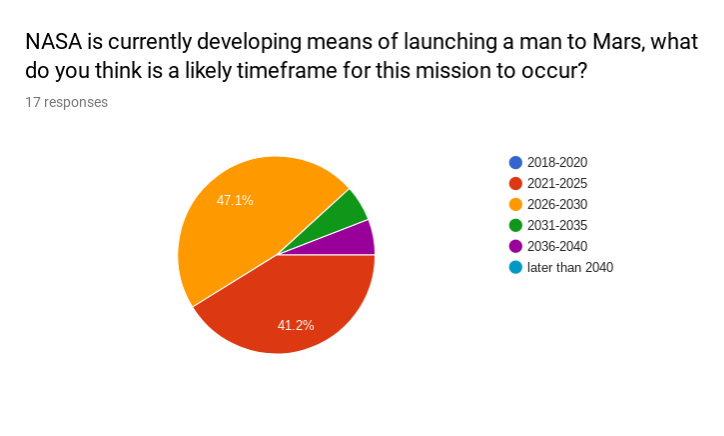 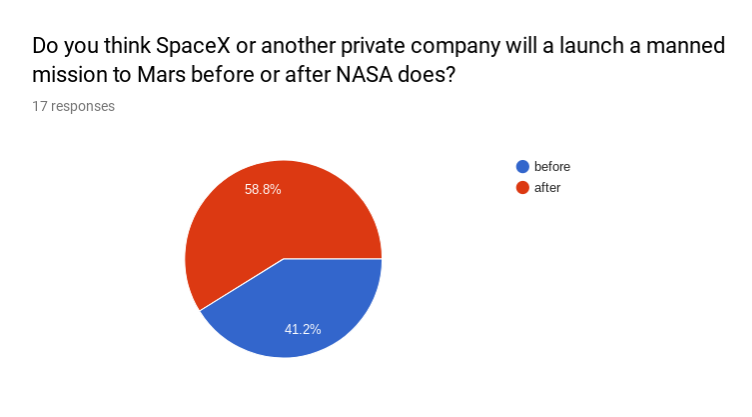