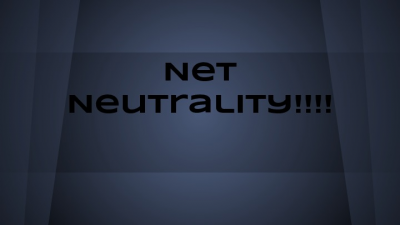 ​Net neutrality is a network that is designed by engineers and other people. The interent addict many teens because of the cyberbullying that be going on the internet or just the things that entertained the teens that make them so addict to the interent. I am as a teen that is addict to the internet i can be on it for 8 hours and i used the internet for school to so it will be another 8 hours again. Net neutrality is a internet that is open to the whole world and whenever you have a picture you may think its delete but its not delete at all. A closed internet have restricted to access on certain thing.
Why teens should know about Net neutrality is that internet is a useful thing when you need it for class or homework. But another reason is that women are very addicted to internet. One example is that students task a force to to the study of needs that we need on college campuses . All schools use interent so if people cut the net neutrality students would go crazy and would have to write homework and students will be exhausted writing down all these essays when you can just type it on your computer. Everybody would be so exhausted if we didnt have any interent.
http://www.freepress.net/blog/2014/09/29/without-net-neutrality-women-and-girls-will-lose-out-online
http://www.womenactionmedia.org/net-neutrality/
Net neutrality really means that the FCC has proposed that the internet service provider Verizon and Comcast that had access of tiers service. If net neutrality left women and teens mind teens will go so crazy because the internet is where is erased from our screens and and speakers. Having the proposal of the FCC would have the internet to tell our stories and people own words. Justice in the many form of the companies of tools to use. Lets keep the FCC proposed begin