The Mako Mori test is a test that analyzes films based off of gender-bias. It was created to show that movies can sometimes have the same archetype and   In order for a film to pass the Mako Mori test, there needs to be at least one female character, who has her own narrative arc that doesn’t support a male’s story. The Mako Mori test is quite important because sometimes the Bechdel Test can be an insufficient way to measure female representation in films. We need the Mako Mori test to add a twist to films, because in most popular films, if there even is a woman in it, have the woman’s backstory dependent to the male. It’s also important to have tests like these so that movies aren’t repetitive. Many directors use these tests because they want their movies to actually be more representative to women.

Things begin to shake up in the quaint little town of Woodsborough as a killer is on the loose. But this killer is quite different than your ordinary horror movie slasher, because this killer knows his scary movies and is set out on stalking and taunting his victims with trivia questions.  In the horror-suspense film “Scream” (1996), you’ll begin to find out that no one is safe. In the beginning of the film, we meet Casey Becker (played by Drew Barrymore), a girl who receives a somewhat flirtatious phone call from someone unknown. At first, everything seems perfectly normal as the caller and Casey are talking about films. The situation soon turns gory as the caller grows more sadistic and begins to threaten Casey, and her boyfriend Steve.

After news arises of what happened to Casey, the town grows on edge and the police start an investigation. Here is when we meet the main protagonist, Sidney Prescott (played by Neve Campbell), a reserved highschool girl who is still coping with the recent loss of her mother. It is then revealed that the killer has a personal vendetta against Sidney when she receives a phone call at home while waiting for a friend. Sidney is then attacked within her own house. This is when she realizes that the killer has been trying to torment her by attempting to kill the people that she cares for.

As the police investigation goes on, people begin to suspect that it’s Neil Prescott (Sidney’s Father) doing all the killings,since he hasn’t been seen since, and all recent calls have been tracked to his phone. But Sidney defends her father, and says that he’s gone away on a business trip, even though the police still don’t think that that is the case.

As more murders occur, school gets suspended. Stu, a fun loving party animal, throws a get together and invites most of the students from school. Sidney, fearing that the killer might strike again, and at the party specifically, shows up to put a stop to it, but to no avail. The killer ends up attacking a lot of people, inevitably leaving Sidney alone in the house to fend for herself. Can our tragic heroine survive? But the main question to this mind-bending mystery is, who is the killer?

Although the movie can have it’s funny moments, it’s quite intellectual nonetheless. If you've ever watched a horror movie and grew frustrated with the main protagonist’s antics, then this film is for you. “Scream” delivers a clever horror film by ripping on/critiquing past horror cliches. The characters themselves even have a conversation about movie cliches and address slasher movie stereotypes. “Horror movies are always about some big-breasted blond who runs upstairs so the slasher can corner her…” says one character in the film. “Scream” gives a unique twist to the horror genre, as it is almost as if this movie is self-aware that it’s a horror movie. The film also coves aspect of trust. As you go on watching the film, you begin to learn that those who may seem honest, might not have the purest intentions. With a killer on the loose only targeting those who are close to you, can you really believe your family and so-called friends?

“Scream” meets the criteria for the Mako Mori test because the protagonist is a girl named Sidney Prescott and she has her own backstory. Although there are many males throughout the film, Sidney’s backstory doesn’t draw any correlation to theirs. Towards the end of the film, it is proven that Sidney is quite strong and independent as she dukes it out with the killer all on her own, thus saving the lives of her remaining family and friends.

An anti-gender bias film test that I came up with was the Pregnant Betty Test. Within the Emmy Award winning show “Mad Men”, the main protagonist’s wife Betty, gets pregnant, but in my opinion, it wasn’t a fair portrayal of women during pregnancy. She seemed very calm and reserved in her pregnancy, and she had no significant changes to her body, besides the fact that she had a larger belly, I feel like a lot of times, Hollywood doesn’t really have accurate portrayals of pregnant woman, and it’s just overly glamorized actresses wearing pregnancy suits. This test is called The Pregnant Betty test to give film/television directors a more accurate way to portray expecting mothers, and not just make her out to be a pregnant Betty Draper. The criteria for this test is 1) have the mother to be show weight gain or any bodily change 2) show the mother having morning sickness 3) have the mother to be show mood swings (besides crying) and an optional one is 4) have a scene where the mother to be isn’t wearing makeup or dressed up extravagantly or 5) the woman having an form of difficulty in her pregnancy or miscarriage.

A movie that depicts this "What to Expect When You Are Expecting", as the movie portrays 5 couples as they experience what it is like having a baby. Within the film, they go through all accurate and different representations of pregnancy through each month. 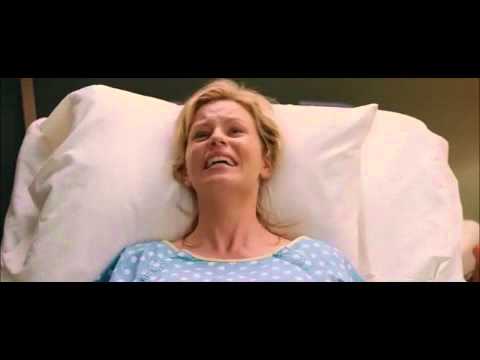