A popular trend in today’s society is for a group of people, a set of ideals, or a style to return to it’s roots in contemporary culture. It is seen as almost original to bring back a popular catch phrase, wear a 1930’s style suit and tie, or own a vintage automobile. Many modern television shows and movies can be retraced back to their roots in contemporary literature as well. While they may not always directly reflect the plots, themes, or characters of their older counterparts, these pictures are heavily influenced by the works that have come before them. The 2004 film “50 First Dates” reflects Shakespeare’s “The Taming of the Shrew”, using themes of love and romance, as well as the parental involvement in those affairs, inspired by the late playwright’s comedy.

“The Taming of the Shrew” follows a troupe of men seeking to woo a duo of sisters, one a sweet, fair maiden named Bianca, and the other a seemingly bitter “shrew” named Katherine. Lucentio, the son of a rich man seeks to win the hand of Bianca, but is unable to do so because of a rule set forth by her father, Baptista - Bianca cannot get married before her sister Katherine is wed. Lucentio goes undercover as  a school teacher to woo his love, while a suitor named Petruchio takes a more forward approach in taking Katherine as his wife. In “50 First Dates”, a young playboy, Henry falls in love with a local girl, Lucy who is plagued by a mental condition; unable to form short term memories past a night’s sleep. Lucy’s father, Marlin, forbids her from forming any type of romantic relationship for fear that she may be hurt.

Shortly after Henry learns of Lucy’s mental condition in “‘Dates”, he follows her to her house to try to win her hand, however her father has other plans. In order to protect her from waking up next to a man she does not recognize for the rest of her life, he forbids her and anyone who wishes to be with her, from finding love together. “50 First Dates” reflects society’s need for a safe and comfortable life, just as “The Taming of the Shrew”’s Baptista does for his daughter.

“Gentlemen, importune me no farther, For how I firmly am resolv'd you know; That is, not to bestow my youngest daughter before I have a husband for the elder.”

Baptista will not allow Bianca to marry for fear his eldest daughter will be alone forever. This fear is great enough that he is willing to sacrifice his daughter’s affections to calm his anxieties. Because there are so few suitors for Katherine, Bianca must also wait to be wed. Though this play was written hundreds of years ago, it describes perfectly today’s society’s need for certainty. As outlined by modern media like 50 First Dates, people today are unlikely to make a decision without near-complete certainty. Baptista is uncertain of Katherine’s future, and sacrifices Bianca’s, at least for the time being. 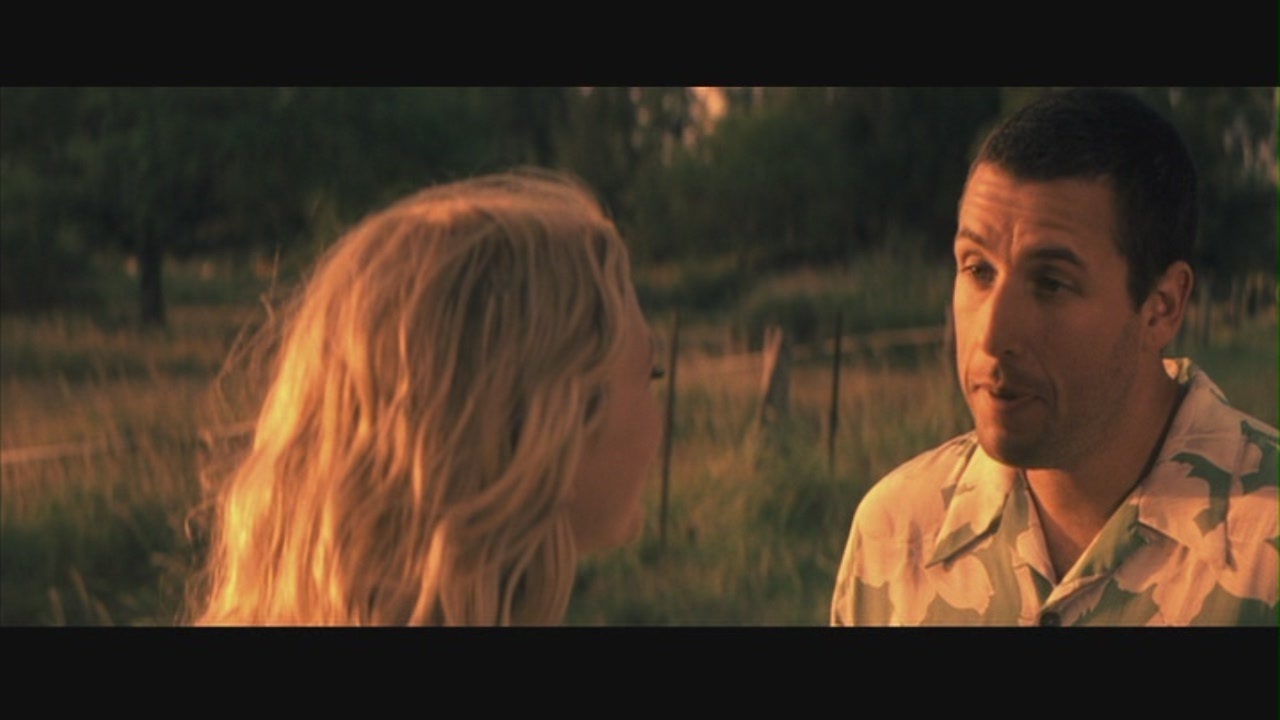 It is not until the plot of “50 First Dates” has progressed quite far that Henry is given permission by Marlin to court the forgetful Lucy. After Marlin realizes that happiness and security for his daughter can be found in Henry, he relinquishes his grip on her love life. Henry and Lucy begin to fall in love, and eventually become married with a child. The last scene finds Marlin, Henry, Lucy, and the couple’s child together on a boat in Alaska, a dream Henry has had for quite some years. The fact that Marlin is present at the end of the film says that he condones their marriage and had a large hand in completing their relationship, just as Baptista eventually finds a husband for Katherine.

“I know not what to say; but me your hands. God send you joy, Petruchio! ‘Tis a match” (Baptista, Act II Scn I)

A rich man, Petruchio, comes to the city where Baptista and his daughter live. Lucentio seize the opportunity and strikes a deal with the young suitor - Petruchio will marry Katherine, thereby freeing Bianca to be married as well. Baptista immediately takes to Petruchio and promises him his bride. Lucentio and Bianca eventually become married as do Petruchio and Katherine, all with the blessing of Baptista. Unlike Marlin from “50 First Dates”, however, Baptista’s rules never changed. He is a steadfast figure throughout the entire play, and holds his standards throughout the storyline.

The film “50 First Dates” by director Peter Segal was written hundreds of years after William Shakespeare’s play “The Taming of the Shrew”, yet it still draws heavily from ideas presented in the play. Both texts describe society’s reliance on control and dependence on certainty through their plots, characterizations, and scripts. Both follow a set of young lovers who need to find approval from the fathers of the women in the text. Though the fathers are reacting to different circumstances, they are doing so with the same intentions, and the same outcome. Maybe our society isn’t much different from that of years gone by. Maybe we’re just all trying to find love and approval for that bond.