Place brisket in a large pot of water with the season packet.

Bring to a boil.  Reduce heat and simmer 50 to 60 minutes per pound or until fork tender.  Remove and allow to rest while cooking the cabbage.  Slice meat across the grain.

Cabbage - Rinse the head of cabbage and cut into quarters.  When meat has completed cooking, place cabbage quarters in the boiling water and allow to cook for fifteen to twenty minutes.  When completed, remove, drain, and place on plate.  Serve with 1/2 cup melted butter, salt, and pepper to taste, or with vinegar, to taste.

Boiled Potatoes - Peel 5 pounds potatoes and cut into evenly sized chunks.  Place into salted water and bring to a boil.  Cook potatoes until soft, but not mushy.  Drain.  Add 1/2 cup melted butter and a handful of parsley and stir.

I would say that it’s about half and half for processed and unprocessed if you just look at the number of ingredients, but if you actually look at the amount after the dish is made then it’s a relatively small amount of the actual food is un processed.  On top of that fact there is a bit of gray area I think as to what exactly is processed and un processed, for example, would something that is just dried out so that won’t rot as quickly really processed?  The way that I’m viewing processed is something more like butter, it is a significant change that changes it completely and isn’t all natural.  If the parsley is just a dried version of the original plant I don’t think that’s really processed.  Due to the butter having a higher fat concentration and the same being true for the meat, this meal is certainly not something that should be eaten on a daily basis as one would definitely gain a lot of weight as a result of not being able to use all of that energy provided by the meal in one’s everyday life.  Obviously stemming form that would all of the other problems that come with, high fat intakes, especially animal fats from the meat and butter, like cancer increases, heart disease, weight gain, and joint issues from that weight.  So this not something that one should eat everyday or really even more than a maximum of probably once monthly.  I’m pretty sure that all of the food comes from within the US when we buy the ingredients, I’m sure that one could find the ingredients from another place outside the US but that’s were we get it, and as far as the processed foods go, any factorial interaction is going to have a negative affect on the environment so I imagine that these did too.  When I asked my mom she said that when not on sale, this meal can cost a little under 30 dollars, but it really depends on things like how big of a piece of meat you buy or how many potatoes or how big the cabbage is.  As for who made money off it all, I would have to say every company involved in the process from the farming companies to the stores that we buy the food from.  While we could probably have grown, things like the potatoes, cabbage, and parsley ourselves in our backyard or something, a cow might have gotten a bit difficult, we would not be able to do any of it during the winter and we certainly wouldn’t have gotten a cabbage or potato as big as those we were able to buy from the store.  I’m not really sure how to go about tracking any of the food other than to say something along the lines, that the potatoes were grown in the ground out in Idaho, as that was where our’s were from, harvested, washed, packaged somewhere, and then shipper over here to pennsylvania to be sold to us and then to be eaten not the most environmentally friendly process but it could be worse, imagine if the potatoes had been grown somewhere else, like Ireland. 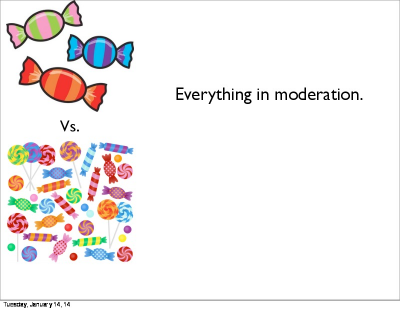 I do have to say that during this unit I've learned more than a few things, about how food works on a government scale, and how it works down to the meal we actually eat.  Among that there are some of the issues with the actual consuming of those type of foods, not to say I thought eating at McDonalds was healthy but some other examples I didn't think were that bad.  I didn’t really think that having a steak when I was at someplace like Applebee’s was really that bad for me, ok maybe if I ate nothing but steak and replaced the other parts of the meal with it but just the normal meal, meat and some veggies.   However that’s not the case, just doing something as small as that, eating more red-meat than I need to can increase the chances for me to have health complications later on in life.  Overall though I feel as though I have a pretty good diet, in some cases much better than some of my friends who appear to be healthier, I try to eat plenty of fruits, and veggie’s and I generally accomplish that under a normal circumstance, maybe not on vacations as schedules can be erratic and therefore so can eating, but overall I feel like it’s a pretty good diet.  One thing that I guess I could do to improve it though is to cut down how much my family and I go to fast food places, because while we don’t go that often, going at all is really to much.  One other thing about this unit that surprised me was when we were making a list of the labels on our food and we found some of the actual rules on things, like how something could be called 100% whole wheat just for having 10g or more in the item even if that only actually made if 30% whole wheat.  So in general just a lot of things to think about every time we go to put a piece of food into our mouths from now on.