Gloria Steinem is known as one of the prevalent figures in the midst of the Women's Civil Rights movements. Born March 25, 1934 in Toledo, Ohio, grew around her encounters of the discrimination of women. On the brink of Steinem's birth, her mother, Ruth Steinem, went through the motions of a "nervous breakdown".  Long after the birth of her daughter, Ruth never reverted to her old personality becoming unstable for actions as great as carrying a job. Throughout her childhood Steinem observed the mistreatment of women through experiences with her mentally ill mother.  After the great amounts of travel Steinem experienced as a child, the divorce of her parents, at age ten, ended the chaotic cycle of life for her. Gloria and her mother settled down in Toledo where she finished out the last six years of her schooling prior to college.

After graduating from high school, Gloria attended Smith College, pursuing studies in government. She completed her degree in 1956, graduating at the top of her class.  Aside from graduation, Gloria dealt with an illegal abortion after learning she was pregnant.  Upon finishing school, Steinem delved into the field of journalism. Throughout the 1960’s she aided in the creation of the New York magazine where she wrote a column on politics.  Surrounded by the atmosphere of journalism it came to Steinem’s attention that there was a bias towards women in the workforce.  However she continued on with journalism, going undercover as a “bunny” at the New York City Playboy Club in 1963.  This project resulted in the publishing of an expose on her experiences as a “bunny”  in Show magazine.

Steinem’s interest in the feminist movement did not fully develop until 1969 when covering a story on abortion hearings presented the feminist group Redstockings.  At this time she realized that all of her experiences of discrimination and harassment were not isolated incidents; women everywhere were experiencing the same nature of mistreatment and hardship. At this point Steinem began writing essays expressing her feminist views with various titles such as, “After Black Power, Women’s Liberation”.  Then in 1971 she joined fellow feminists to form the National Women’s Political Caucus,  “a pro-choice, multicultural, intergenerational, and multi-issue grassroots organization dedicated to increasing women’s participation in the political process and creating a true women’s political power base to achieve equality for all women.”

In ‘71 Steinem took it upon herself to pursue the launch of a feminist magazine, making a first step with the publish of an insert in New York magazine.  The following year the first independent issue of Ms. magazine was released, with Steinem as a co-founder.  The magazine gained popularity, continuing to be a resource for women today.  Steinem continued with her spread of feminist agenda making appearances to deliver speeches and continuing on to progressively publish new writings from the early 80’s to the 90’s.  In 1986 Steinem was diagnosed with breast cancer, yet had a brief treatment process which eliminated the illness.  As of 2000 she married the late David Bale, a feat she swore since her younger years that she would never comply to.

Gloria Steinem is 82 years old today and still sharing words on feminism and equality through interview and writing. 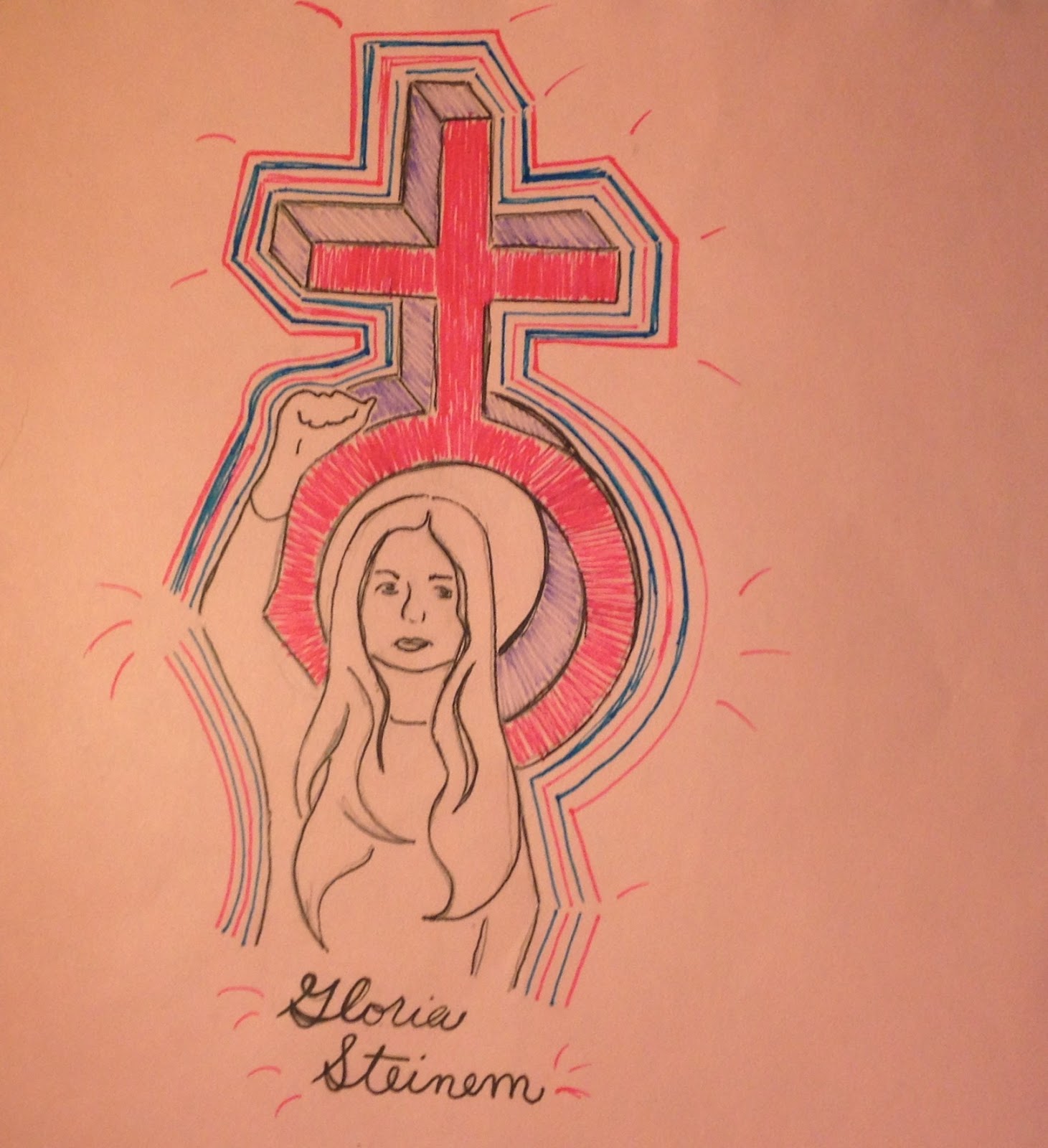