On my first blog post , I described how poverty is an issue in Philadelphia, such as people dying everyday. I tried to bring awareness on what we can do to reduce it. On my second blog post, I went into more detail of what we can do to help and basing my information off my research. Many people responded to it as an issue, but many people did not know it was affecting many others. I tried to explain how the struggle was real for people suffering from poverty.

To bring more awareness about this issue, I am currently doing a canned food drive where people who attend SLA can bring in cans to support a charity. This can bring more awareness to them since when they donate cans, they are understanding the issue better and trying to help reduce it. I am currently still doing a canned food drive and will continue until the end of the school year. After I collect enough, I will bring the cans to the “Chosen 300” which is a charity. This can reduce the amount of children starving since they will be able to eat something.

I feel like people should do more about this issue since it is critically affecting many people today. I don’t think enough people are doing this and I want to make a change so that people can bring in cans to help. I believe this is a good way to help because starving children are caused by poverty and we can help reduce it by just donating some cans.

So far for my agent of change, I told my classmates to bring in some cans and to put it in the advisory memo. I am also currently putting around advertisements with the help of my friends. The advertisement is an ad that tells people to bring in cans for a charity in which you can saves lives. I have about 20 cans as of now, and my goal is to receive at least a hundred. 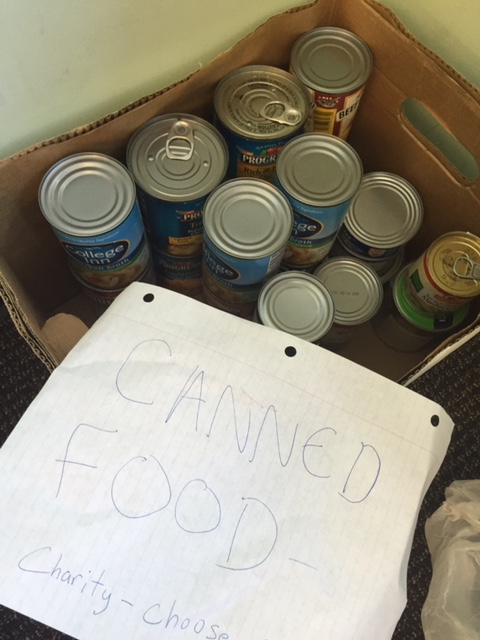 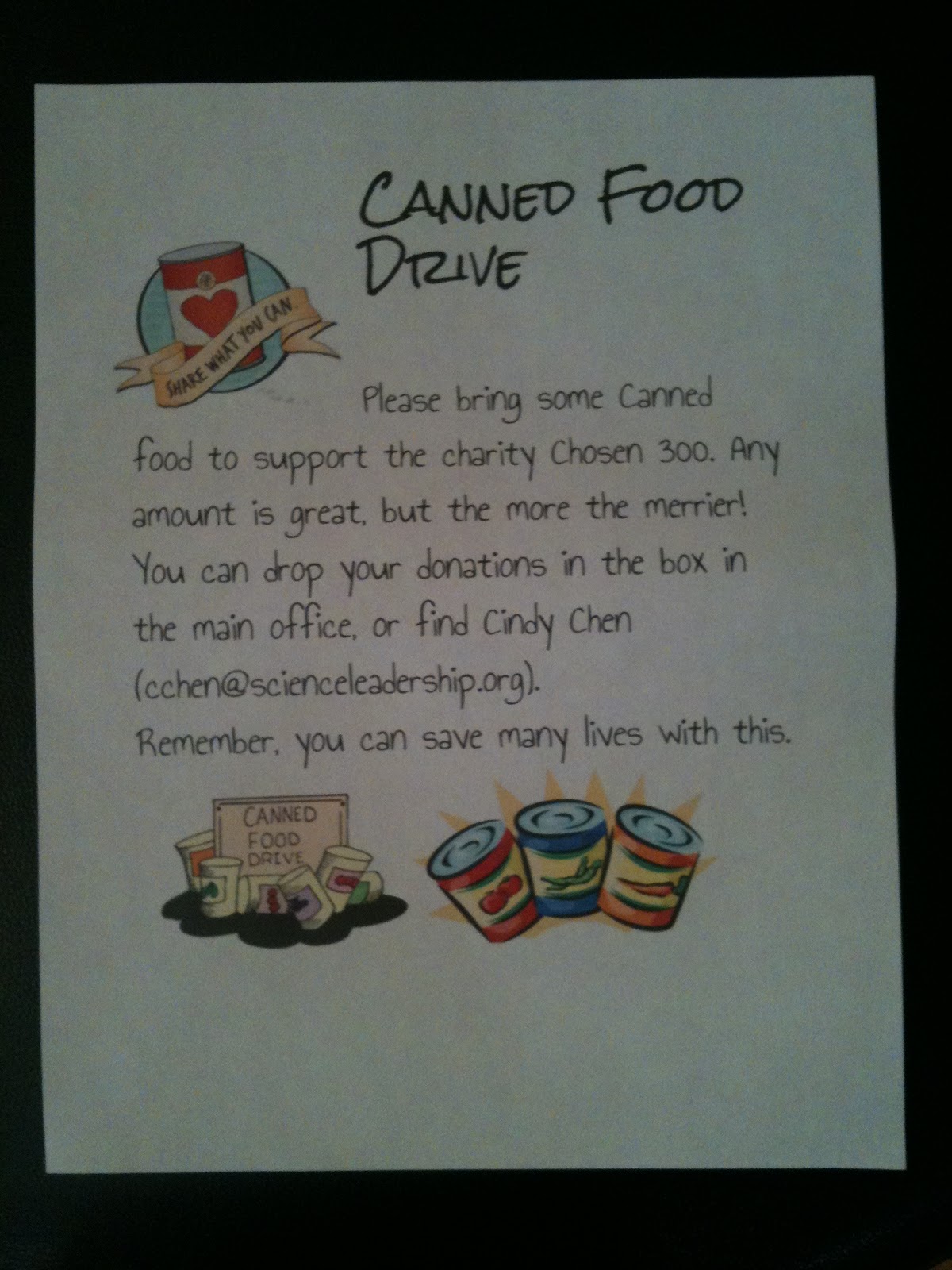 This is a image of the cans I received so far. This is the advertisement I put up.

For my canned drived, I have about 20 cans. I feel like people who had donated cans and I are really helping people who are starving and we are helping the community. I learned that people would really help out the world if they know about the issue. I also learned that I can make a change if I put my mind to it. As for this canned food drive, I never thought I will be able to even receive 1 can.

Something that I can definitely do better was volunteer and do more to help out since it feel like cans won’t be enough to put even a small change in poverty. I think it would have been better, if I had done a presentation along with the canned food drive because that way I could bring awareness to those students who have no clue about poverty. I can teach them about it and tell them to donate some cans for the change. I still need to convince some people to bring in cans and others to contribute and donate the cans so I would reach my goal.

I love what you did in this project. A can food drive was a great idea. Its good that you have gather 20 cans, only if you had gathered more. I feel like a fundraiser would have been better therefore you could have donated more but overall I like your project and your information.

For an Agent of Change on the topic of poverty, I think a canned food drive is spot-on. What is a better way to reduce poverty then to donate food? I commend Cindy for her persistence. I remember when she only had one can, quite recently actually; now she has about 20! I'm interested about Chosen 300 and want to know more about that charity.