Posted by Otter Jung-Allen in English 3 - Pahomov - C on Monday, April 25, 2016 at 2:24 pm
A Thematic Comparison of The Taming of the Shrew and Silver Linings Playbook

In The Taming of the Shrew, the plot revolves around Petruchio “taming” wild and angry Katharine to be a proper and decent wife as part of a challenge. Pat in Silver Linings Playbook does the same to Tiffany unintentionally by falling in love with her.

Though the methods that the two men use may seem different, the end result and the stereotypes the pieces carry out are very similar. Both men see possession over the women in their lives that they wish to date/marry, and both men end their journeys with a docile partner as a result of their actions, whether intentional or unintentional. The idea that women need to be fixed by a partner is perpetuated by both literature and media that portrays men as the changing force of a “troubled” woman’s life. He uses his tools of strength and affection to sedate her ways and convince her to act “normal”. Even though the movie has some more egalitarian themes because it is a more modern piece of work, both The Taming of the Shrew and Silver Linings Playbook show us that outspoken women are seen as something to be loved or taught how to be loved when they are incapable of doing so.

In Shrew, Petruchio is a suitor from another land who arrives to purposefully tame and marry infamously untameable and always single Katharine. In this particular scene, Petruchio is announcing to a crowd the power that he has over Katharine, the woman who, as made clear to us, does not wish to marry him. Petruchio acts as if he deserves to own Katharine as both his wife and property. He demeans her by comparing her to objects and animals. He implies how obedient and inanimate she can be under his care. Here, Katharine is shown as something to be taught how to love because she is so “wild” she was previously incapable of doing so. The idea that a loud or rude woman is presented as an inanimate thing waiting to be taught love is sexist by nature. The man in this scene is named Pat, and the woman Tiffany. They both have ambiguous mental illnesses and violent mood swings, and because of this they do not get along at first. But after meeting through a mutual friend and then establishing a complicated friendship, they manage to find some common ground through their honesty. Pat was imprisoned because he beat up a man that he caught his wife with. In this particular scene, he has recently been released a few days before and is out on a job when he runs into Tiffany. Here, he is explaining to Tiffany why it will work out when he meets up with his past wife, Nikki, again.

“Okay, yeah, we wanna change each other, but that's normal, couples wanna do that. I want her to stop dressing like she dresses, I want her to stop acting so superior to me, okay? And she wanted me to lose weight and stop my mood swings, which both I've done. I mean, people fight. Couples fight. We would fight, we wouldn't talk for a couple weeks. That's normal. She always wanted the best for me … our love's gonna be f---ing amazing.”

Pat acts as if he deserves to win back Nikki and that she should accept his advances, even after their separation was because of an explosion caused by his possession over her body. He sees Nikki as something that he must teach how to love. He implies she was incapable of loving him before he “improved” himself and vice versa. Though this may seem like a more egalitarian way of considering love (both partners must improve for the other), Pat still presents it as if the only reason they will ever be happy together in the future is because they both changed they way they looked/acted.

“Katharine the curst,/A title for a maid of all titles the worst.”

In this particular scene, Grumio is speaking to Hortensio about Katharine, and how mad and difficult she actually is to handle. The implication that Katharine already had this nickname assigned to her in the past, since mentioning it is a point of humor. Katharine is obviously seen as a woman who does not fit the societal standards of female obedience, and therefore is labelled as “curst” and “the worst”. But we are shown later in the play that Katharine has always continued to act this way because of the contrast between her and her docile sister, Bianca. She even criticizes her father for not favoring her and instead giving Bianca all of the affection and good marriages. Katharine is a real person acting on real emotions, not a madwoman like she is made out to be. 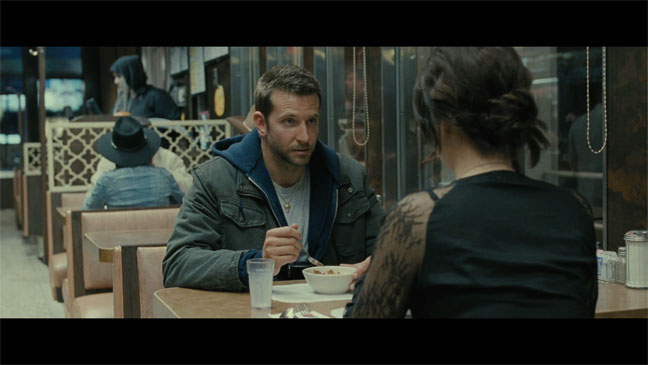 In this scene, Tiffany has just finished opening up to Pat about her depressive sexual behavior after her husband died. Then, Pat is discussing the dinner they had with a mutual friend and whether his behavior there would impress Nikki if Nikki had been there. They are speaking about the opinion of the actual woman who held the dinner, Tiffany’s sister. Tiffany is telling Pat what her sister said about him.

“Sort of like you? I hope to God she didn’t tell Nikki that.”

“Because it’s just not right. Lumping you and I together, I mean, it’s just wrong, and Nikki wouldn’t like that. Especially after all the sh-t you just told me.”

“You think I’m crazier than you.”

Tiffany is shamed by Pat because Tiffany does not meet the societal standards for female sexual activity. Therefore, Pat treats her as if she is a mad person and unable to be seen as anything acceptable. This is especially true because the purpose of the conversation is for Pat to woo Nikki again, and he condemns Tiffany’s behavior as not something that would attract a partner. Again, we return to the standards set for single women who do not want to marry.

It is made clear that Tiffany is a real person acting on real emotions, not a madwoman like she is made out to be.

Pat is Petruchio and Tiffany is Katharine. Both Tiffany and Katharine are labelled as onry and untamed. Except in Playbook as opposed to Shrew, both Pat and Tiffany are tamed by each other instead of the man taming the woman on purpose. Pat makes that clear when he says, “The only way to beat my crazy was to do something even crazier. Thank you. I love you.” Still, there are underlying implications of Pat taming Tiffany by loving her, and by the end of both the movie and the book (Shrew), both women are passive. Both Tiffany and Katharine are shown as people who need to be loved, and then are taught how to love once it is obvious that they are “unable” to. These portrayals show us that society’s attitudes toward heteronormative courtship/dating are largely skewed. Women are not seen as equals in the relationship in relation to men. Instead, they are first seen as something to be edited in order to fit patriarchal expectations. The moment they express themselves, outspoken women are seen as something to be loved or taught how to be loved when they are incapable of doing so.

I notice a theme. Between the Shamu thing, your essay, and my essay, we can see that manipulation isn't gone, as per your "both Pat and Tiffany are tamed by each other instead of the man taming the woman on purpose." Manipulation is just more equally possible; women can manipulate men instead of just vice versa. I'm glad that our conclusions are in line with each others.