In both The Parent Trap and Taming of the Shrew, two relationships are formed through heavy influence by family members. In the Parent Trap, twin sisters Annie and Hallie used a series of tactics such as deception and trickery to reunite their long separated parents. While in Taming of the Shrew, Baptista used his being the lead male figure of the family as means to decide when and who his daughters, Bianca and Katherine would marry. Both situations see family members Annie, Hallie, and Baptista taking matters into their own hands to effect the relationship of others with varying success. The children in the Parent Trap, and the father in Taming of the Shrew. These reflect that the idea of familial influence and impact on relationships has transcended time, but time has equalized the power of women and men allowing for certain tactics that were once acceptable to be ended.

“Gentlemen, importune me no farther, For how I firmly am resolved you know: That is, not to bestow my youngest daughter Before I have a husband for the elder.”

In this quote, Baptista informs the male characters about the marital status and plans for his two daughters Katherine and Bianca. All of the male characters up to this point have shown great interest in marrying the beautiful and desirable Bianca, the youngest daughter. However, Baptista explains that Bianca is not allowed to court or contact any males excluding teachers until oldest sister Katherine, who has developed the reputation as a shrew or mean spirited is married off. Furthermore it is Baptista who has final say in both who and when his daughters are married to. Bianca and Katherine are at complete submission to their father who dictates their interaction and relationships with men Baptista displays a firm grasp and influence on the future of his daughters. His ability to do this also reflects the time period of the late 1500s where women had little to no choice in who they would be married of too. Instead this right given to parents, particularly fathers.

Annie and Hallie develop a similar mindset and plan however in this case it’s to get their long lost parents back together. 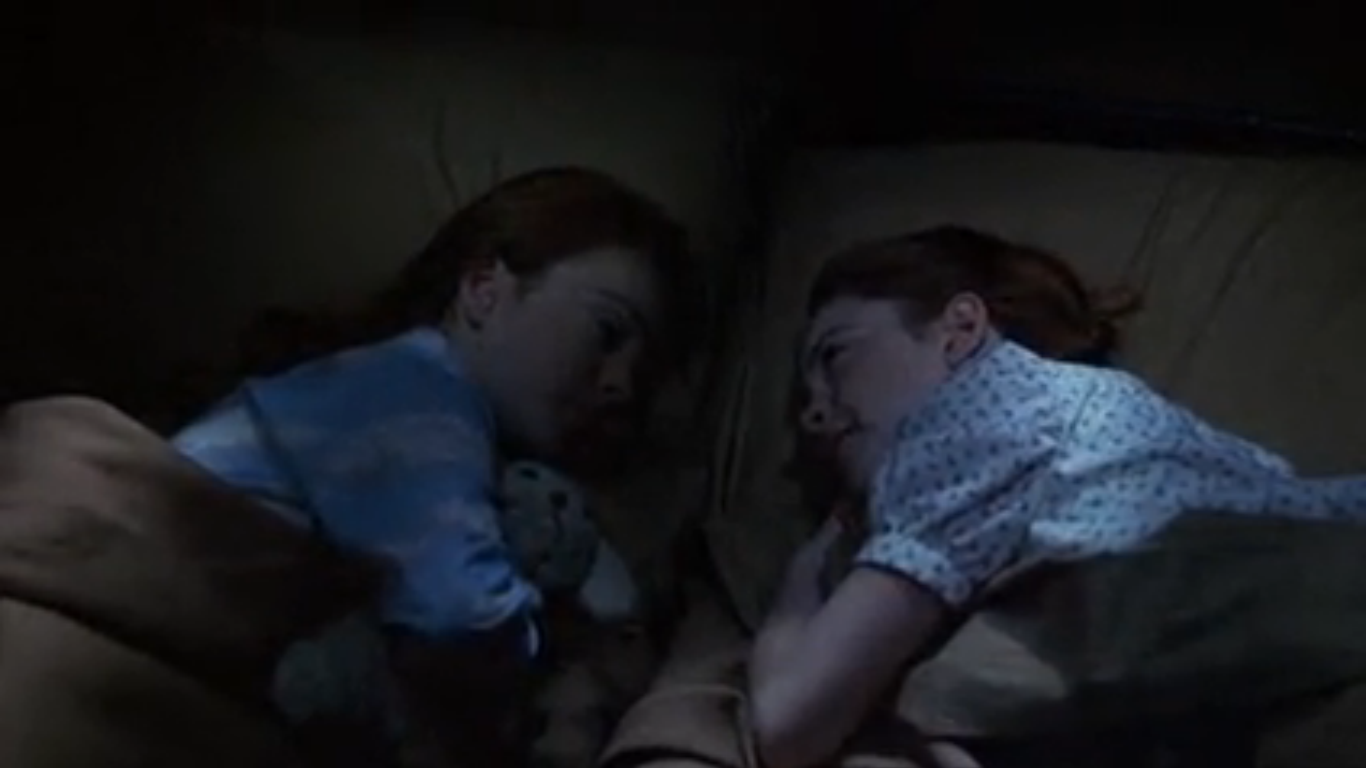 In The Parent Trap, after Annie and Hallie discover that they’re twins, Hallie suggest switching places so they can experience the parent they never had. They soon realize that even with this plan, they’d eventually have to go back to their original parent and once again be separated. Because of this, Annie goes on to explain that this will also force their parents to come together after 11 years apart, and they’ll fall in love with one another. They spend the remainder of the film with their primary goal of getting their parents, Nick and Liz, to fall back in love and get remarried. The girls are faced with the obstacle of Meredith Blake, Nick’s fiancee, similarly as Baptista has the obstacle of Katherine’s raging temper which makes her undesirable. Baptista does have more power, wealth, and ability to attract someone to Katherine despite her bad reputation. Annie and Hallie go an unconventional route. There are equal in that both Annie, Hallie, and Baptista create an exact plan to get others to marry without receiving input for those they are trying to wed.

“ Then tell me, if I get your daughter’s love, What dowry shall I have with her to wife. (Baptista) After my death, the one half of my lands, And, in possession, twenty thousand crowns. (Petruchio) Let specialties be therefore drawn between us, That covenants may be kept on either hand.”

In this quote, Baptista is arranging for Katherine to marry Petruchio. The two men discuss the dowry that shall be given if the marriage does go forth. They go on to agree that if one dies before the other, they inherit whatever Katherine has inherited. Instead of giving his eldest daughter to someone who she has developed an actual relationship with, Baptista has done what resembles a business transaction in order to have Katherine married off. After figuring out the logistics and inheritance, Baptista is willing to let Katherine go, despite Katherine having no knowledge of their conversation or Petruchio to be her soon to be husband. Further in the book, Petruchio marries Katherine by force as she initially crys at the idea of being his wife. However at this time, Katherine could not do much about her circumstances, as dealings such as marriage were left to the father to decide.

Despite their plan seemed foolproof, Annie and Hallie were met with the obstacle of Nick’s fiancee who could make it so that Nick and Liz never have a chance to fall in love again. 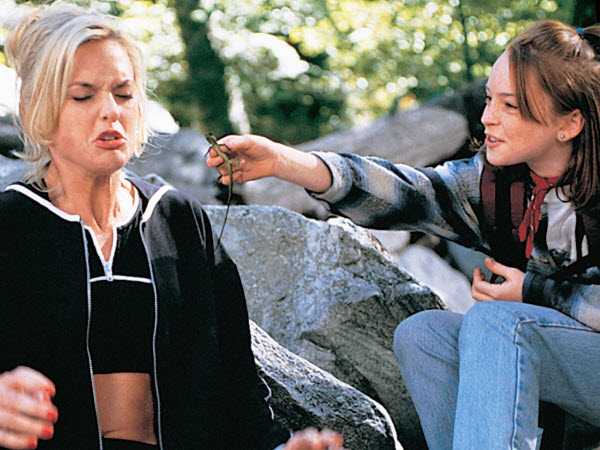 When Annie pretending to be Hallie returns from camp, she quickly discovers that her father is engaged to the young, beautiful, and manipulative Meredith Blake. Annie realizing the danger that Meredith poses to their plan and to Hallie when she returns from London, launches a plan to get Meredith and Nick to separate. In a later scene after all of the characters have gathered in California Annie, Hallie, Nick, and Meredith go on a camping trip where the girls pranks Meredith several times with the intent on breaking her. It proves successful when Meredith tells Nick, “The day we get married is the day I ship those brats off to Switzerland, get the picture? It’s me or them. Take your pick.” Nick ultimately chooses them therefore ending his engagement to Meredith which gives him the opportunity to get back with Liz which does happen at the end of the movie. Similarly to Baptista, Annie and Hallie develop a method of getting their family member to marry a specific person, and while Nick and Liz weren’t obligated to marriage like Katherine, they were still susceptible to the girls influence which caused them to get back together.

The Parent Trap and Taming of the Shrew are two fictional tales from different time periods with varying plots, but one theme that can be taken from both sources is that the idea family influence in relationship is a standard or accepted action. This may not be relevant for every single family, but it does reflect a common idea that many people have come to accept. One could only give the explanation that people trust their family the most, hence valuing their input on relationship most. Whether the idea of parental influence from a wealthy father marrying off his mean spirited daughter, or young twins scheming to get their long separated parents to once again fall in love. It is up to viewers if this idea is successful, beneficial, or an actual thing in the real. In the end, both the movie and play ended with successful relationships.

This essay makes good connections between two fictional instances of romance that I likely would not have seen initially. It’s curious for me to compare these two examples, as one shows two people intentionally working behind the scenes to get married, while the other shows two people working behind the scenes to get two other people to get married. I’m appreciative of your ability to demonstrate their similarities the way you have in this piece.