If you missed out on my last blog entry, I have been looking into the subject of domestic animal abuse within the world, and what I could do in order to help stop what is happening. Before, I packed in a lot of information about serious abusive situations and why I wanted to be a part of this kind of change. With this next entry, you'll find some more information, but more importantly, what I think of my topic at this point in my research.

I still have been keeping tolls on what has been going on with the health of domestic animals. While looking for some news to talk about, I found this article on the relations between domestic violence and animal cruelty from the ASPCA website. In that article is a list of stats comparing different concepts that have to do with domestic abuse and animal abuse happening under the same roof. For example, according to the article, studies have shown that those who abuse their pets do so in order to show control over the household and to intimidate the victims of domestic violence. The ASPCA has been finding ways to respond to those situations and help out as much as possible.

This is a venn diagram showing the relationships between different forms of domestic abuse, including animal abuse. Child maltreatment is also in the equation because in domestic abuse, there is neglect towards mostly children, women, and animals.; source

​To add on to all of this, I have started to look into why animal abusers do what they do, to attempt to answer my questions from my first post. Some of the answers to that question came up on the article I just read and mentioned above. However, the questions like "What types of abuse happens in labs instead of homes?" and "How can people prevent abuse besides donating?" I have yet to tackle. I'll definitely have that by next week's post. On a different note, finding local people to talk openly about the subject has not been easy. Most people in abusive situations, even if it is "only" pets, do not just come clean to strangers. I can understand that logic, for if I were in the situation there would be no way I share my personal life on the spot, either.

Going throughout this whole research project, I developed an even stronger opinion on animal abuse than I had before. For example, when I say "Animal abuse is wrong," I can back it up with more ways as to why it's wrong and examples of situations involving animal cruelty. Right now, I still want to find more reasons as to why pet owners find reasons to abuse their animals. Was it the way they were raised? Did their parents do the same thing? Is there a connection to emotional problems somewhere in there? Also, I am dying to know about what happens to animals used for testing in labs. More information is to come very soon! Thanks for reading! 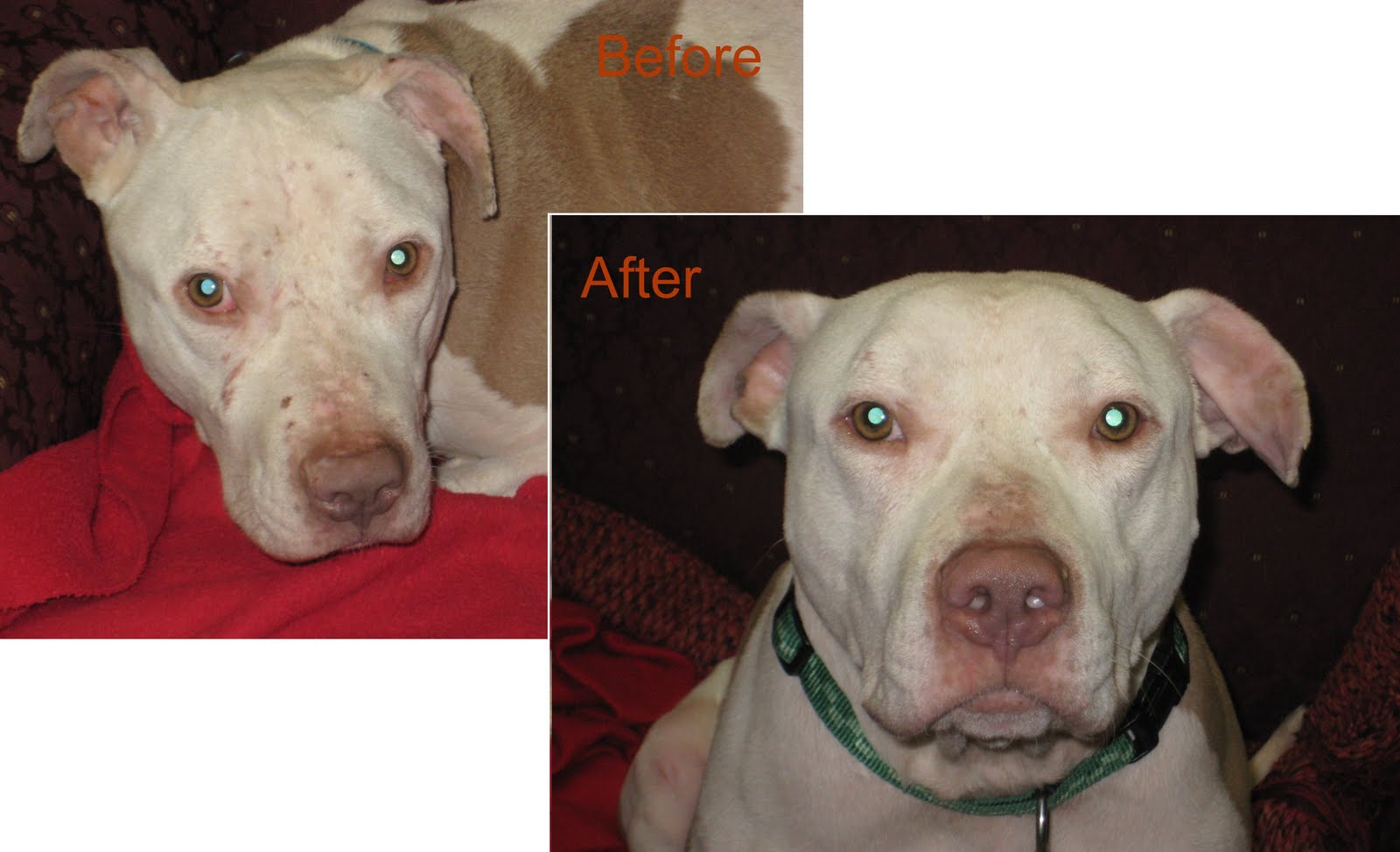 The before & after of a dog that has been saved from animal cruelty. This is the goal of many animal care organizations–to have pets be cared for and healthy after their previous life of neglect.; source