In blog post #1 {Blog Post #1} I talked about how police brutality has been affecting African Americans ever since the 1900’s and is still occurring in 2015 today. Not only are black people being affected by this but many other races as well. American citizens are blind to this and believe that the citizens affected by this are only black people. Cops have killed and beaten people of many races, which gets into this second blog post. I’ve found new information that proves it’s not always black on white crime but it’s all police of all different races on the many residents of America.

Here is a case that involves a homeless man by the name of Kelly Thomas who was beaten to death by cops in Fullerton, California. Thomas was not only homeless but schizophrenic and the horrid sight was caught on tape. The outcome of the beating closely resembled the case of Emmett Till, a 14 year old boy who was beaten by white people during the Jim Crow era in the South and his offenders as well as Kelly Thomas’ offenders were pleaded as not guilty. Kelly Thomas’ case was a white on white crime but it was committed by police.

( Before and After Picture of Kelly Thomas )
Recently there was the killing of 25 year old, Freddie Gray who died of severe injuries to the spinal cord while in custody of Baltimore Police. Unlike a lot of other cases, the 6 police officers involved were charged with murder because the death was ruled a homicide. The death of this man sparked many protests but also many riots. People of all ages in Baltimore participated in the actions of throwing rocks at cops. burning down businesses and busting windows out of police cars. People from Philadelphia protested but in a much more calmer way but some cops from Philadelphia steered it up a bit. A woman named Dianne Tzouras who is aPhiladelphia citizen expressed how she felt on the differences between Baltimore’ and Philadelphia’ protest. 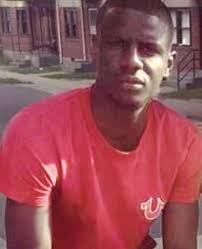 She responded : The protests in Philadelphia were very calm and very peaceful, the citizens stood up for what they believed in and made that very clear and moved along with their night, but the riots in Baltimore were uncalled for. We didn’t need people to throw rocks at cops, or burn down other people’s businesses just to prove a point. Baltimore could have gotten their message across in a entirely different way than they did.

I also asked another question on whether or not she believes we can change the way police are treating American’s and here was her response.

I asked : Do you think you could make a change?

She responded : Yes by prayer and regular everyday respect for cops. If we do not respect cops, cops will not respect us. It all starts with communication.

I also interviewed Matthew Kay, an African American drama and reading teacher at Science Leadership Academy. Mr.Thompson runs the poetry club here as well and one of the topics happen to be police brutality and Black Lives Matter. I asked him the same questions I asked Mrs.Tzouras but the responses were completely different.

I asked :  How do you feel about the  black males that have been shot in Florida, Ferguson, Baltimore and Missouri ? ( Freddie Gray, Trayvon Martin, Mike Brown )

He responded : Sad but not surprised, black men have been being shot for a while now. America was born on the killing of black men.

He responded : The kids who are doing these protests do not have good intentions about what they’re doing, just because you march down the street with a bunch of signs in your hand doesn’t make it a protest.

I asked:  How do you feel about the slogan “ #BlackLivesMatter”?

He responded : Clearly catchy, not very sure when black lives mattered in this country and they sure as hell dont matter as much now. The poorer you get the less you matter. The slogan itself gives people imaginary hope.

I asked: Do you think you could make a change?

He responded: There are common sense things, language about body cameras, reviewing techniques, someone who has their mind set on killing someone, badge or not you can’t really change that.

The whole process of finding new information that you actually created yourself was hard. I ran into a lot of challenges when it came to finding people to interview. I came up against lots of walls where I couldn’t find anyone to interview. I tried to ask #BlackLivesMatter a couple of questions as well as a student from SLA but I got no response there either. Even though I only have two people which whom I interviewed I got a lot of people’s opinions and things they believed could change the world. 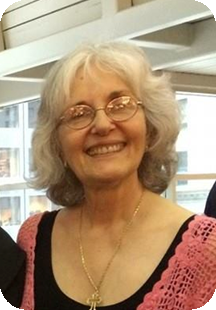