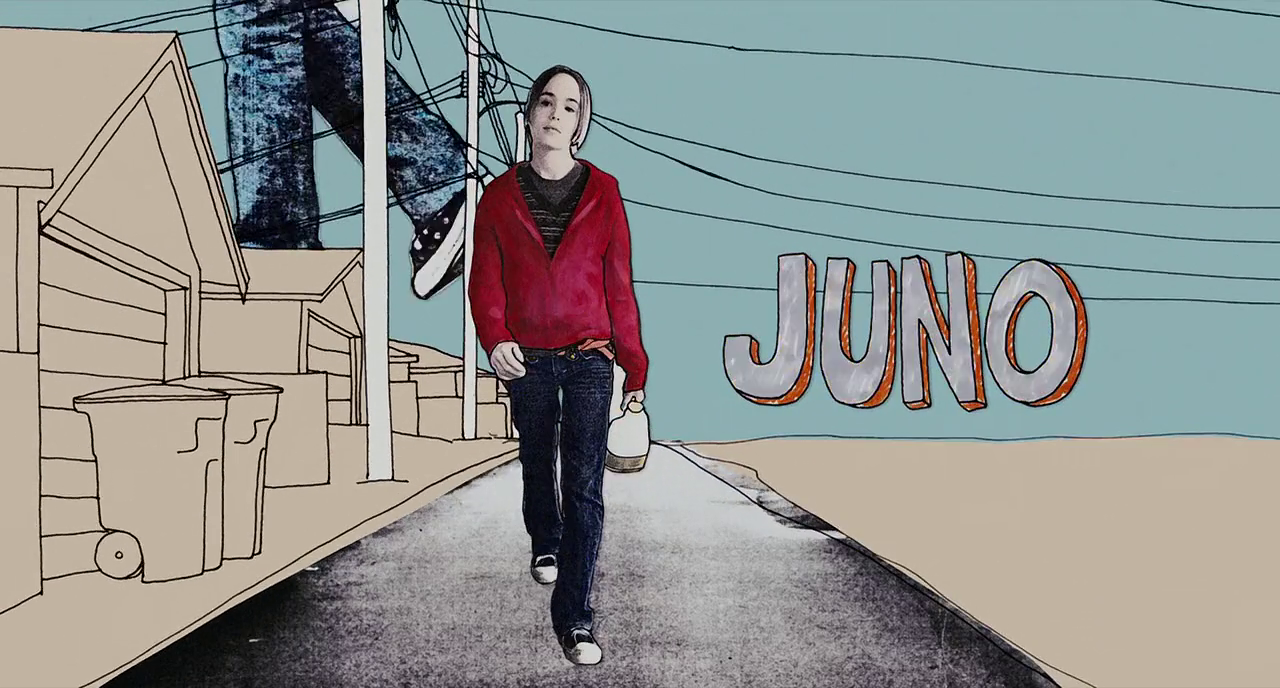 Juno is an independent movie from 2007 starring Ellen Page. At the age of 16 she became pregnant after having sex with her best friend. She decides to give the child up for adoption. But this movie is about more than that. It is about the hardships of being seen as an outsider, the pain of loving someone who does not loves you back, and so much more that we all fell as people passing through this world. This movie has witty dialog, strong characters, and insightful commentary.  But how does this movie, which is written by a woman, Diablo Cody, represent women?

This movie is named after the lead character for a reason. At it’s core the move is about no one other than Juno. This movie easily passes the Bechdel test. It has multiple female characters; the main character Juno, her friend, mother, and the woman who is adopting the baby. These are the most important, but there are a few more. There are multiple situations in which the women talk to one another. There are a good amount of conversations between female characters, and even though lots of them are about male characters, enough of them are about other things that Juno passes the Bechdel test much better than plenty of other moves.

The Mako Mori Test is no match for Juno this movie never has a scene without the lead female. The narrative arc is only really about her, how she changes, what she experiences, and the good and bad decisions she makes. Even though this movie is in a lot of ways a romance too, Juno in no way depends on a man, and the parts of the story that do not include male characters are just as strong as any others. Juno’s story arc does not support a man at all, if anything the male christers are there to support her story arc.

When It came to making my own test, I wanted to focus on gender and race. I created a test that was heavily based off of the Bechdel test, but focused on the race of the female characters. Juno just barely passed this test. There is only one female character that is not white, in fact she is the only character in the whole movie who is not white. Su-Chin is an asian classmate of Juno’s who she sees outside of an abortion clinic. In this conversation Su-Chin tries to convince Juno not to abort her unborn child. This short, but important scene gives the movie a passing grade on my test, but by a slim margin.

The fact that a movie passes even one of those tests, is rare compared to most movies. The fact that it was written by a woman is probably linked to that, but it is also rare in Hollywood. This is is both a good and bad fact. It is good that Juno passes these tests and supports women in Hollywood. But us also just barely passed the last test, think of how many movies don’t do that, probably the vast majority. Juno, aside from being a beautiful, compelling, and entertaining movie, it brakes a lot of boundaries in the movie industry. More importantly, it shows how much more work Hollywood must take on in order to make the industry truly equal and fully diverse.