To begin, I though this was a very fun and creative assignment. The reason being is that we were able to make up a story by standing in a fictional made up characters shoes in the mean time, we were learning. During the making of the assignment, we had to act as if we are a person that is being impacted by the Keystone XL Pipeline. And with that factor being played it gave us as the students to people creative in many possibly ways. So when creativity is a role in education rather than a direct assignment, it allows to the students express their selves in ways while still being educationally active.


​Woken From A Mistaken Earthquake

Chad is standing with his arms crossed with a focused expression on his face
Hello, my name is Chad Dickinson and I am a current household owner in the Steele City Area. I have many things to say against this fancy oil pipeline thing going one in my area. I am fully aware of the fact that I am not the only one being affected by this, but I am one of the million that is infuriated with this movement. It all began on August 22nd or August 23rd I was woken up by the sound of a truck engine at about 6:30 in the morning. I look out my window and see a white eighteen-wheeler truck with long pipes chained on top being driven across my neighbor Sally’s cornfield. To continue, I watched them drive across the cornfield and release the chains. Once released, the pipes rolled off of the truck and fell to the ground. That is only the beginning of my hatred. I’m hating so much because the stuff that people like Sally and I make, such as corn, is just destroyed because the ignoramus companies wanting their millions while others are becoming dirt poor. This is can no longer continue. I can assure you that we as a community can and will form a group and boycott this movement so that us people can live our lives with out obstructions in the way. The first person that I got to join this group was my neighbor Sally Duguid.

Ones Lifestyle Destroyed
Sally is sitting in a chair, legs crossed, wiping random tears, and has a depressed expression on her face
Hi there, my name is Sally Duguid, and I am also a current household owner in the Steele City Area. As you all shall know from the interview with Chad, a large portion of my cornfield has been destroyed.
Puts her face in her hands and weeps for 3 seconds. Uncover your face and wipe the tears away

I’m sorry about that, its just that this is such a devastation to me. Let me continue, so I would say that it was about 6:30 maybe 7:00 in the morning, and I am woken up by the sound of something snapping, and my house was shaking. Well the snapping noise was the corn stalks being run over, and I’m pretty sure my house was shaking because of the truck, but at first I thought it was an earthquake. As the house began to shake I quickly ran into my sons bedroom, grabbed him and we ran out the house. As we jolted out the back door I notice a big white truck driving right through my cornfield. I started screaming at the truck to stop, but the sound of the engine overpowered my scrawny voice. Since I couldn’t get the trucks attention, I ran over to my neighbor Chad’s house. I asked him what was going on and he was clueless, so we decide to take a walk down the path of squashed corn. Once we approached the truck, we asked the driver who he was and what he was doing. He told us his name was Rick McKnight and updated us on the information that an oil pipeline will be placed in my cornfield. After he went into further detail I just walked away in disappointment. From their, my neighbor told me about a group he was attempting to conjure up to go against this pipeline being placed in our area. But for now on there is nothing we can do about the situation, its all about money. If we had millions then we could possibly get our selves out of this, we would probably be able to bribe Keystone XL to not do this in Steele City. But unfortunately we don’t have millions; all we have is a cornfield.

Pipeline Point Of View From An Employee

Rick is standing there with a slouch, wiping sweat off his forehead, and taking big breathes occasionally to catch his breath due to the heat. Now and then stumbles with sentences.
Howdy there, my name is Rick McKnight and I am a Truck Driver Delivery Man for Keystone XL. During the spring of 2011 I was laid off from my job as an auctioneer. So I went job hunting and found this. It may not be my favorite job, but it pays the bills. Anyways, there are a few reasons why I don’t like this job. First, I’m driving a truck up, down, and around the USA picking up pipes for this fancy pipeline that my employer is building. It becomes very much just getting the pipes on top of the truck. But then after that, I have to chain them and buckle them. It is a lot of work. The other reason I don’t enjoy this is job is the way that the pipes are going to be used that I have to deliver. The reason I don’t like the usage of these pipes is they are going to stretch across the USA vertically. And the way they are stretching, they are going right through my hometown in Texas. For all I know, I might wake up one morning and have giant pipes laid out in my back yard. If they do put them anywhere near my house I might just have to move. Because I live with my wife and two daughters, and my daughters occasionally go outside to play and these pipes can be put their life on the line. When I say, “Put their life on the line” it may sound dramatic, but I am being realistic. Whenever they go outside, I am going to have to worry about them running into a pipe and tripping, or even a pipe exploding. To finish up with my ranting, I must say that this pipeline project is possibly one of the most idiotic and horrifying things that the USA has ever allowed to happen to their country. 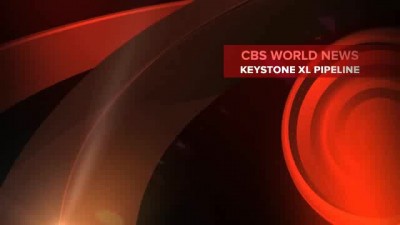