This month in out English class, we have been studying something called language identity. language identity is your connection to your culture through the language you speak. This point of this Project was to look at our own language and how it ties into who we are. In my paper i decided to focus on how unique language evolves in the first place by relating it to my own experiences. I think that my paper did a good job of explaining where the language we speak comes from, but i could have maybe worked my own connection to this language into the paper a little bit more.

Language evolves with greater variance than anything else related to background or identity. One of the best ways to truly understand some one's background is to learn to how to speak their language. But sharing language goes deeper than most people realize. In many cases there is language that you share with your family that isn’t spoken by anyone else, even if at the core it is the same language everyone else in your culture speaks. As this language is passed down from generation to generation it deepens the family’s culture, becoming more and more unique. Unique language and culture help create the fabric of community.

Unlike religious traditions or material possessions being passed from generation to generation, language is passed down casually, often without realizing it. Two years ago, around Christmas time, all of my relatives on my mom’s side of the familty, including myself, were gathered at my aunt’s house. We were all sitting in the living room playing with stocking content that we had joyfully dumped out over the floor that morning. There was every corny little toy you could think of being used by my sister, my cousins, and me. You haven’t been entertained until you’ve seen a room full of twenty-somethings argue about who really won a slinky race.

Fifteen minutes of hysterical laughter later, my cousin noticed my aunt’s collection of keepsakes on the piano. The collection included everything from giant plastic jellybeans to nesting dolls to snow globes.
“What exactly do you collect up here?” she asked, a hint of fascination in her voice.
“Oh those are my Chachka’s.” my aunt replied, her tone implying that everything had been explained
“What are Chachka’s?” my cousin asked, not satisfied with the first answer.
“Those things on the shelf!” my other aunt chimed in, again with the same confidence that made you think she’d explained this more times than she could count.
“OK,” replied my cousin, more confused than she was to begin with.
“Well what do you do with Chachkas?” I asked, in attempt to help settle this confusion, now curious myself.
“You Tikky-boo them of course.” My mom replied with the same self-assurance as my aunts had used.
“Which means…?” my cousin asked, in a somewhat defeated tone.
“Dust them”
“Rearrange them”
“Sort them”
My mom and her sisters all chimed in, one after another. Defeated, my cousins and I all went back to our Slinky's. However, in the years that would follow, my sister, my cousins and I began to use the word chachka regularly. Without meaning to, or even thinking about it as a possibility, my mother and my aunts had passed down one of their own words to us. While on the surface this seems relatively insignificant, this one word has given me and my cousins a firm piece of background that we can all cling to.

Language like this is almost never intentionally created. It arises out of the need for clarity or understanding or just plain ease of use. Ever since I can remember, my family have been fans of quesadillas, especially when my sister and I were little. What better lunch is there for a 8 year old and his three year old sister then two pieces of cheese wrapped in a tortilla and fried? It was something we both liked. Soft enough for my sister, just now getting her molars in. and bland enough for me, picky eater that i was.

The only drawback to this was every three year old comes guaranteed with difficulties pronouncing new words. You have not lived until you’ve seen a toddler try to say quesadilla. Or better yet an adult try to teach them how.

When what to have for lunch became a 10 minute discussion, most of it gibberish, we decided it was pointless to call them by their original name. within a few weeks  within a It’s funny when you think about it, but what my sister and I were doing was not unlike what many scholars and scientists have done for centuries. She saw something she knew nothing about and decided to name and define it herself. While she didn’t use Latin prefixes or a numeral system to classify it, the general concept is still the same.

Thing’s like this happen within every form of culture, not just family. Wherever you look, you can see languages developing. At the Science Leadership Academy we have Quarterly Projects that we call “Benchmarks”. Even though almost every school has projects, they are only called benchmarks at SLA. It is special words like “half moon sandwiches” or “benchmarks” that help define culture and bind people in community. 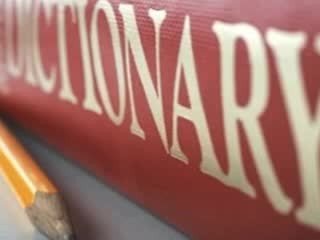