The purpose of the essay was to explain my idea of what language is. I say in my essay that I think that language shows someone’s state of being. It has no representation of your IQ or of your mental capacity. One thing that was very difficult, was writing about my language. It is hard to explain to people who cannot understand it, so everybody.

My family is a regular pot-luck of languages, everyone brings something new to the table. Everybody, knows something different. For instance, my Mom knows french, my Dad knows Spanish and Gaelic. My brothers know German, and my one brother knows french too. It’s really confusing when people speak all of their languages at the same time. I am the only one who can understand all of the languages. I can’t speak them back, but I act as an interpreter. I translate the other languages into English, for the other family members that can’t speak the language.

My parents rely on me to translate what the other parts of the family are saying. Even my brothers’ English is slurred and I am one of the only people who can understand him. I have had a lot of experience with people who cannot speak English correctly. This is because my brother suffers from a disease which causes you to have less control over your muscles. Actions like speaking are usually very slurred and most people can’t understand him. My brother and I are the only ones who can understand him all the time. It is very often that my mother with ask me to translate what he said.

Another way that I have had experience with people who can’t fully speak English, is with my cello teacher. I met him when I was 5 years old. When you are 5, you don't talk much anyway. Language is not your first priority. I was scared. I was starting a new instrument, which for me meant a new language and it meant a new teacher.

I walked into the room awkwardly with my new cello. It was a little bit bigger than my 3 foot tall body. I see my new teacher for the first time and we talked very quickly.

I was confused by the question. Was he asking what I wanted to be called?

He replied “Are you sure? Confused you sound like.”

I didn’t know what to do. I then looked up at my dad. He laughed and said “I don’t think Teige can understand you”

Dr. Yu replied to this by saying “I sorry, I no help it, just way I speak.”

I have always remembered this moment, specifically when he said that he couldn’t help it, and that is just the way he speaks. That it wasn’t his fault that he spoke like that. For some reason, before he had said this, I just thought that everybody talked the same way and that some people would put on a different voice in order to make a joke, or to seem funny. It had never occurred to me that his voice was a product of his surroundings.

When I was younger, I didn’t understand English as a language. I never could understand the tones of a normal everyday voice. I always had this problem, because I have a disease. This disease is called synesthesia. Its where I see colors and taste different things depending on what I hear. This caused me to create my own language. Basically it just consisted of my favorite sounds that I could make, I also used tastes as words. Colors or tastes didn’t mean words like we use in English, but rather thoughts or ideas. Many people who have this disease, wind up like this too. An example of this, is like the taste of metal, this to me means that something is out of place or is going wrong. What this meant for a kid like me was a way of expressing myself that English couldn’t do for me. I am told that a normal person thinks in words or phrases, I however retained the language that I had when I was younger and still use that to think. It is kind of like a short hand that no one else in the world can understand.

I used to take pride in it, that I was one in 200,000 that could think like this or even see the colors that I see. The only big problem in this language is that no one else can understand it. Try as I might I could never seem to teach the language to anyone else. Around the age of 5, I gave up trying to teach it to anyone. I figured that they just weren’t going to get it, and that it must be as difficult for them as English is to me. This has always affect the way I think and the way I do math.

I enjoyed talking about current issues that I face, and to tune people into my thoughts on the subject. The issues that I talked about are important to my family and I. Most of my family believes the same thing as me on this issue. 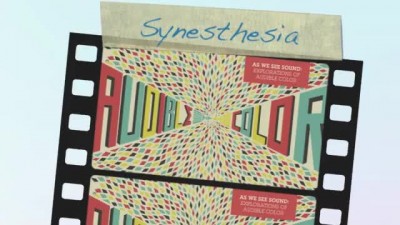