Love In No Time

The Taming Of the shrew (Big Eyes)

Reviewing the actions of Couples in love and the expectations of what they get out of their relationship other than love it is found that true love can only be felt through time. If you compare the experiences between Petruchio and Lucentio of Taming of The Sher, and to Walter and Margaret of Big Eyes you will find this to be true. Love at first sight can only happen on the rare occasion that two people meet out of lust and then fall in love for real through time. This lust to love doesn’t happen very often, where most of the time the true colors of lust doesn't show up in the relationship until much time has been invested. Couples who claim love at first sight are actually false. These couples contain a naive partner a lustful partner, or a deceptive partner.

Lucentio falls in love with a woman named bianca for reasons that aren't love. He falls for her because of her looks and the way she carries herself. True love can only be felt through experience and time together.

Lucentio liked her because she looked nice and she smelled good. She hadn't even spoke yet, but still he just knew he loved her. This can be compared to the relationship of the main couple in big eyes. Walter proposes to Margaret and she actually marries him because she needs to marry in order to keep her daughter. She might have lost her daughter because her x-husband wanted custody of her, and being a single mother she didn’t have much say at the time. Walter lies to Margaret and tells her that he paints, when in reality he didn’t paint anything he claimed to paint. Conclusively, Margaret marries Walter out of situational desperation instead of marrying him out of real love. Walter didn’t want to marry Margaret because he loved her. He didn’t even want to marry her because of her charm or her looks. He wanted to marry her out of her potential to make him money. Looking towards the end of their relationship you will see that this was indeed his motivation from the start. 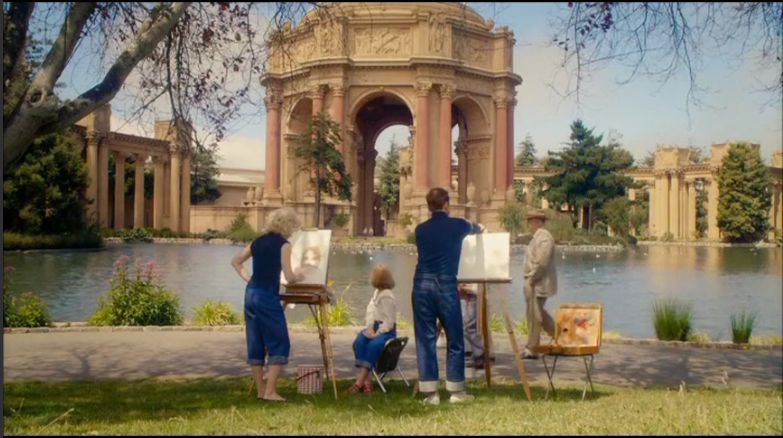 (Walter see’s Margaret can paint, and he see’s her potential of making him money. Walter himself has a blank canvas.)

Petruchio chooses to marry Katherine because of her potential to make him money. He knew this from the start, and it seems this is the only reason he would marry anyone.

"...Such friends as we few words suffice. And therefore, if thou know one rich enough to be Petruchio's wife." p 52 (petruchio)

Just like how all Petruchio wanted was may, by end of the movie you find that all Walter  really wanted was the money that came out of the paintings she made. If he was anything like Petruchio we would find that he realised the potential for her paintings to be lucrative from the beginning. We find this to be the case because Walter used the paintings from his previous relationship to make money. Walter figures that since it worked before, it will work again. Thus he set his sights on Margaret. This meant that he disguised his true intentions of lust love at first sight in order to get money out of it. 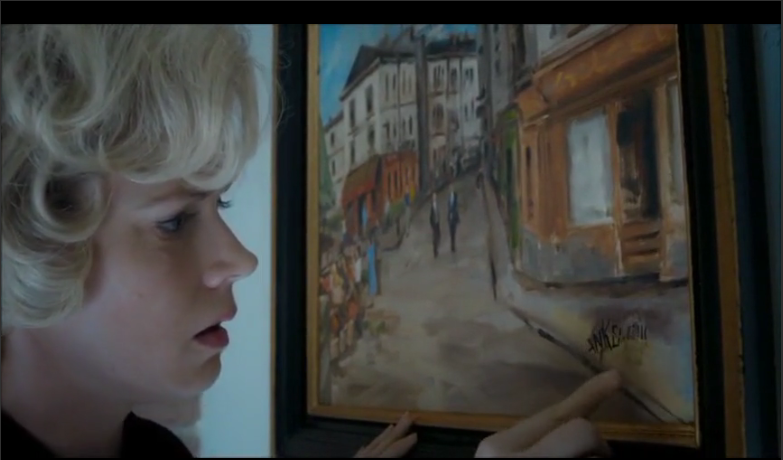 (Margaret finds that walter painted over his x-wife’s work with his own initials to sell them.)