Taming of The Shrew is book that centers around courtship and love, a man named Lucentio and his suitor Tranio arrive in Padua on their way to study when they see a lovely woman named Bianca. Lucentio finds Bianca to be beautiful in feature but he cannot marry her until her older sister Katharine is wed, they plan to marry her to a man named Petrucio who is a bit raw mannered. In the end, both parties get married but Katharine and Petruchio are the couple with a stronger bond than that of Lucentio’s marriage. The film Juno, which aired in the year 2007, was about a high schooler named… Juno!, who finds out that 3 months after her first and only sexual encounter, she’s pregnant! Juno decides to find a family to adopt the baby and go about her life as if nothing happened but this wouldn’t be much of a movie without some drama. The adoptive parents ended up divorcing due to the love between the two diminishing, while the two teens somehow come to a conclusion that they were meant for eachother.

The thing about love is that it's an uncontrollable thing, it doesn’t actually manifest right away as we can see from our two couples [ In Taming of the Shrew, and Juno] Juno and her partner Paulie were friends they weren’t actually in love with each other, one day Juno is really bored, and she gets the idea to make love with Paulie. Throughout the movie Juno makes it clear that she has no actual interest Paulie which could be tied back to the way that Katerine speaks to Petruchio after he reveals his motives (to marry her)

For patience she will prove a second Grissel,

And Roman Lucrece for her chastity.

And to conclude, we have 'greed so well together,

That upon Sunday is the wedding day.

This quote may not be an exact parallel to the scene of Juno and Paulie bedroom chat but it has some similarities in which i could point out: In this scene, Juno goes over Bleekers house to talk about the adopted family she plans on giving the baby to, Paulie is accepting to all that is happening in response to this accident which shows us a very warm side that Paulie has for Juno despite her more rough and over stepping nature when it comes to taking care of issues. The talk leads to Paulie making a comment on the nature the couples faint but somewhat relevant love for each other, suggesting that he’d indeed like to get serious;

Paulie - “I mean we-we could always get back together too… that’s an option.” 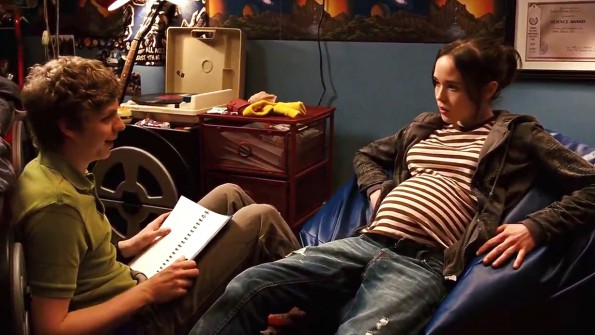 Unfortunately Juno strikes down the comment, suggesting that whatever they “might” of had together was barely there suggesting once more that Juno has yet to accept him as a partner. See, the two quotes may be on different levels due to the fact that the Shrew characters are dealing with marriage rather than BF & GF relationships and shows a little more seriousness as they are adults doing adult things… But Juno and Paulie are kinda doing the same although the seriousness comes from the fact that they have already created a child which lies in Juno. Both soon to be couples have one side which wants to make something official while another wants to deny any possibility of it happening… in the beginning. 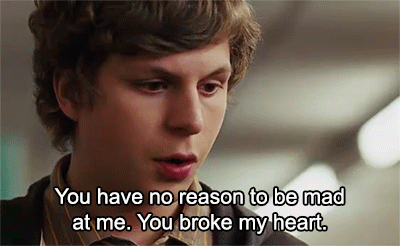 The second quote has to do with the actual arguments that the two couples have as well as the one thing they both have in common, embarrassment. Throughout the book Taming of the Shrew, Petruchio pulls many psychotic pranks on Katharine, making her almost ashamed to be alive, let alone being married to a man. Petruchio’s most daring prank in terms of embarrassment, making his way to their wedding in garbs ridden with rot and stenches and has the whole audience shocked. His arrival gives Katharine a near heart attack, sending her running off in fury:

Juno may not have as much reason/ fury to bring to Bleeker but it is definitely juxtaposed. Due to the obviously pregnant Juno becoming larger in appearance, coupled with the fact that Bleeker is not taking her to prom puts her in a worse mood than before about the pregnancy. The two show the humiliation that the woman in the story faces due an action made by the male in the relationship. Even if Paulie’s negligence to protection wasn’t totally his fault it still left Juno with the feeling of loneliness when going through a situation of embarrassment. The outcome of the two love scenarios may have seen both couples triumph in the end, the conflicts they had may have only been loosely tied together but they ultimately show that love can bloom from damaged or complex relationships.