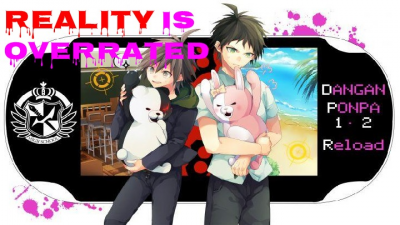 My previous slide was unbalanced, too hard to read and was too busy. So I decided to try and fix these things that my fellow classmates told me about. To begin with I chose a completely new background that still from the same video game but instead just featured the main characters instead. That, I hope, fixed the screen too busy. To fix the hard to read I put my text in a part that you could understand m words and to make it more eye-catching, I made 'Reality' red instead of the game pink. And that was also a reason. In reality your blood is red, meanwhile in the game your blood would be pink. To fix the unbalancing part I put my text on the side that was more plain than the other side. Therefore completling my second slide. Thank you my fellow classmates for your advice.

oooh it looks so much better! but does it say Dangan Ronpa or Dangan Ponpa?