In class we have been talking about creating a slide. Most people don’t know how to create a slide correctly. A lot of people try and put too much information in a slide, but you should actually only try to have one main idea per slide. Through using two websites, I learned how to make a better slide. One of the websites said that Ikea the furniture store did a great job with the way they did their posters for advertising. I really like the way that the posters look. That is where a lot of my inspiration for my one slide came from.

When I was making my slide all I could think about was how clean and nice the Ikea posters were. I liked how they had about 2 words, and then a picture of what they were trying to sell. I like how they didn’t try to make it crowded  it with a bunch of information that they wanted you to know. When I was making my slide I didn’t want to add too many colors. I think if I did it would be a little too crazy. I made it so there is only one point on the slide just like they said on the Presentation Zen website. There is a lot of empty space on my page, so it is not too busy. Another thing that I got from the Ikea website was that it looked more interesting to bleed your pictures. I bled my picture, to make it more interesting and to make it look better. I have seen many slides where they did not bleed and I don’t think that it looked as good as Ikea’s where they bled their pictures. On slide design for developers I used the idea where you only make the size of the letters huge. I wanted to do that because that would make it so that is what the people who are reading it see that faster. If I made the letters any smaller I think that people might not go straight to that. Another idea that I got from the websites is that if you take the words and slant them in the direction of the picture it looks very nice. I think it is because when you look at the words they are leading you down to the picture. One more thing that I did with my slide was that I tried to make contrast. I made the words bright green because they make a  great contrast to the rest of slide which is all black.

I think that creating a slide was really fun because I never knew how to make a slide that actually looked good. And I also didn’t know that there was so much to learn about creating a slide. The websites that we used had a lot of useful information on them. With mine, I applied a lot of the information that I learned. Overall, this information helped me create a really cool slide.

I didn’t change much on my slide. The only thing that I really changed was that I changed the picture. I thought that this picture stuck out more. The words are leading down to my picture. The picture still bleeds off. It is very similar to the first one. I think that the words stick out well so you see them first, they lead you down to the other picture. My slide is very plain because I wanted I didn’t want it to be too distracting, and I wanted people to know where their eyes are going. The way that the words go, you can see which way your eyes are supposed to go. I am very proud of my slide, considering I never got to present, and get constructive criticism. I have learned so much about this, I now have a really good understanding on how to make a slide, and I will keep these ideas forever, since I have to make slides for the rest of my life. 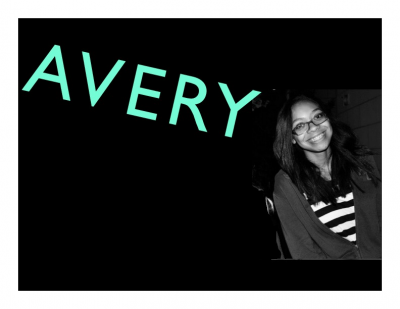 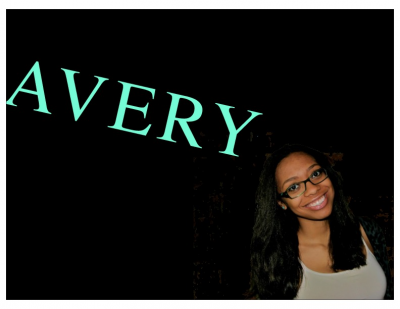 I like your slide a lot. It's interesting how the letters move toward the picture of you, making that the last part of the slide you see. Over all, the aspects of the slide work well together.