As you see here, I created a slide. To create my slide, I used the concept of bleeding to the picture of the piano keys, so the viewer is left with some wonder and has to think about what the rest of the picture is.  I made the type big so people would be able to read it easily, without taking their attention from me speaking. I made the slide mainly visual by making the focus the photos that I added. I created the slide so you would only have to glance at it. I used the rule of thirds to somewhat separate my photos into three columns, and added a small amount of text to narrate what I was talking about. I tried to make it as brief as possible, considering how many things I could’ve added. 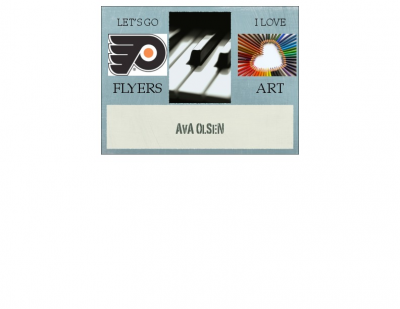