“The Taming of the Shrew” is one of the is one of the earliest romantic comedies that has survived. In the play several men such as Lucentio, Hortensio, and Petruchio chase after women. In the 1985 movie “St. Elmo’s Fire”, Kirby is just like these men in this aspect except for the fact that the woman he is after is already in a relationship.

Kirby shares similarities to Lucentio as they both attempt to get the woman but fail. While their actions are similar their situations, the outcomes are different. Kirby is trying to get a woman who is much older than him while she is in a relationship, while Lucentio falls in love with someone of a similar socioeconomic class. Since Kirby is trying to get a woman older than him, so he is considered bolder and less caring of the social norm to marry a woman younger or around someone’s age. The fact that Kirby is just as eager to get close to Dale as Luciento is to Katherine is a sign of how the boundaries of what is considered an abnormal marriage are changing. The difference between “The Taming of the Shrew” and “St. Elmo Fire” is proof that people are becoming more open minded to people of very different ages and socioeconomic statuses being in relationship.

“You will be schoolmaster and undertake the teaching of the maid: That’s your device” (Act i, Scene i,  43)

In this quote Tranio is describing the idea he has for how Lucentio can get close to Bianca. The fact that Lucentio went along with this shows to what extremes he will go to in order to get with a woman. He does this in the spur of the moment as he just saw her pass him by for the first time.

Kirby finds himself in a similar situation with Dale except he is much more infatuated with her.

In this scene of “St. Elmo’s Fire” Kirby is talking about how Dale whom he just saw at a hospital is the love of his life even though they spent years apart without contact. He does not care about the advice from his friend, which is to not to go after her because of her age and the fact that she is already in a relationship. He completely disregards the advice and goes after her anyway. He is willing to change his college major from law to medicine in order to get closer to her, which is similar to what Lucentio was doing when he disguised himself as Bianca’s tutor. While Lucentio had nothing to get in his way such as socioeconomic status. Kirby has the problem of her age and socioeconomic status, which shows just how much men have changed over the centuries in their pursuit of women and have changed what they consider to be an acceptable relationship.

Preposterous ass, that never read so To know the cause of why music was ordained. (Act ii, Scene i, 109)

This is from when Lucentio, while disguised as Cambio was talking to Hortensio about how he should go first. He acts very pompous and believes he is more important than Hortensio when trying to get Bianca. She then does let Lucentio teach her first. His attitude is a sign of how confident he is that she will marry him. 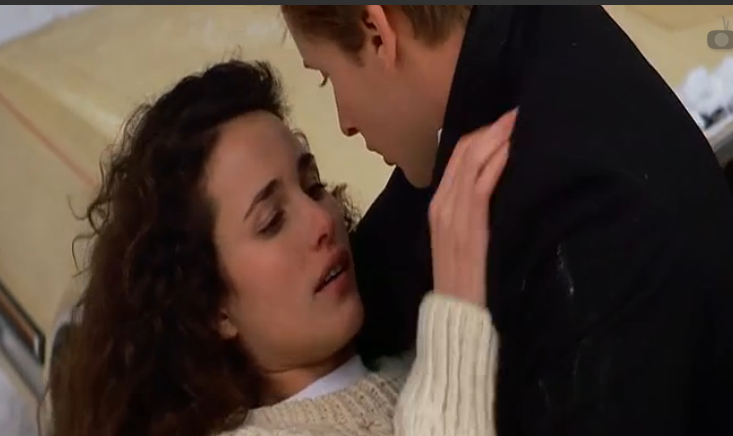 What is considered an appropriate marriage today and during the time “The Taming of the Shrew” was written are completely different. Marriage is about more than marrying someone who is in the same age group and socioeconomic class. Now its about finding anyone who you love and who loves you no matter the differences between them.