My capstone was creating poems that were published on a website that I created. 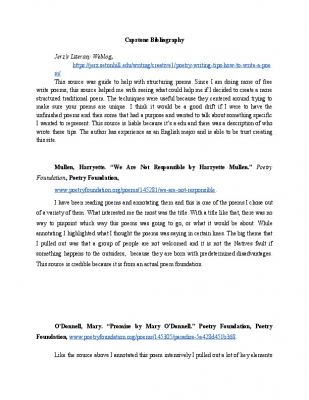 ​Abstract: For my Senior Project, I decided to write free write poems throughout the school year. I wanted to create a project that I was interested in. This was very difficult for me in the beginning stages of the Capstone. I didn't feel like I had interests that were year long projects. My original idea was to create a book with a series of short stories. I wanted them to be horror mysteries. For the first month I have been working on trying to create these stories but had no luck. The reason why i wanted to do a writing piece was because of my old passion for writing. I use to spend a lot of time writing poems, stories, and even songs. Due to progressing in school I had less time to write and really do what I like. I saw this as  an opportunity to advance with a subdued passion. When I was writing the stories I instantly had writer's block. I had an idea but I didn't know how to write it. I was stuck for a week with just formulating characters. After awhile I decided that I needed to change my idea. I was not progressing and time was being wasted. I found a journal that held a few of my past works. I then decided to change my idea to making poems. I would write a poem everyday day or frequently. There would be no specific topic but just what I feel in the moment.  My initial goal was 100 poems for the whole year. I knew this was a lot to strive for but I set a schedule for myself. Unfortunately, I was not on track for my poem amount and it was changed to 50 poems. I was very close to writing 50 poems but then I was only able to write 31. I feel like I accomplished a lot and that I saw a lot about myself through these poems.
Capstone Website: https://ngreen95.wixsite.com/unspokenthoughts