In my blog posts one and two I spoke about how unknown Domestic Violence is. It is a sort of hidden, underground issue, yet effects one in four women and one in seven men in America within their lifetimes. It is mostly viewed as a “woman’s issue” because 85% of the abusers are men, and women are more likely to become dominated by an abusive partner. This is not to say that men do not fall victim, domestic violence targets men, women, and children of all races and economic status. One of the primary issues surrounding domestic abuse is that it is extremely hard to inform people that you have fallen victim, sometimes because the bruises are worth the so called “love” they have found. Education is key in stopping this problem facing millions.

Campaigns have been started trying to capture the attention of the people living in a social media dominated world, like Safe Horizon. The campaign is called “#PutTheNailInIt” and teamed up with Miss America 2015, Kira Kazantsev, to help prevent domestic violence by painting your left ring finger purple to pledge against domestic violence. I decided to use this same concept, adapting it to fit my own guidelines. I created my own hashtag, “#NailItPhilly” to track how many people I myself could motiviate to join the movement. I said that we should keep the nail polish movement the same, yet I know many people who are not comfortable painting their nails so I also made it so we could draw a purple X on the same finger. The original campaign also includes donating, and I thought education was most important and most managable for those around me. Domestic violence needs all the attention it can get to help create a brighter future for all of America. 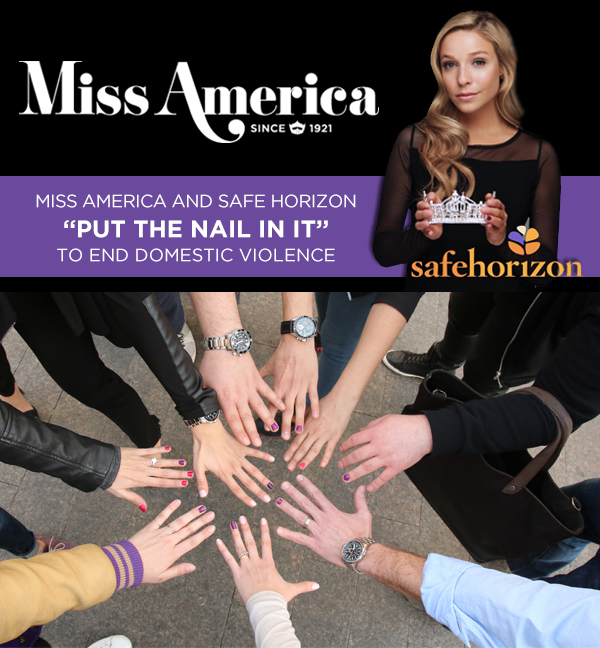 There are many different ways to try and end this issue,

like by using the hashtag by safe horizon and Miss America

I learned a lot through doing this project. I learned that people really look to others for guidance, especially involving this hashtag. At first, no one contributed and posted, but after I got one or two posts, it began to increase the amount of posts. It was hard motivating, and I see how difficult it is for one person to try and spread a hashtag. I would have maybe made it more entertaining for people to want to help if the topic itself was not motivation enough. The ALS ice bucket challenge was very successful and spread through social media very quickly. I could have designed my own challenge which might have turned out with more results. Through this entire project, I learned more about domestic violence and got the amazing opportunity to speak with a representative from a large organization, the National Coalition Against Domestic Violence, and reflect on how much attention this issue truly needs. I feel like I made an impact, and that is a step in the right direction towards ridding this country of domestic violence.

These are some examples of the people who contributed to my hashtag! 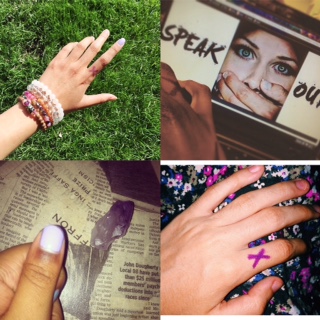 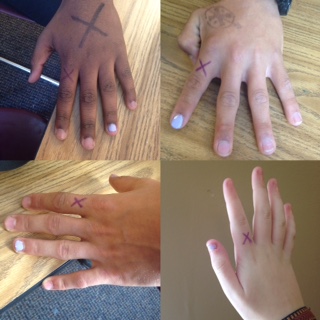 Check out my Annotated Bibliography!

I loved this idea because it was one this everyone could participate in. It spread a lot of awareness both through social media and real life. It was a really creative and expressive way to get your point across and it was really fun to join the movement.