Net neutrality is the process in which major internet companies have a direct connection to the use of internet that goes to customers of major companies who need access to internet. There are certain amount of rules and regulations put in place to protect the system. The people in control of this are the FCC. They work to try to promote fairness and equality for the internet companies and distributors. At the moment they are working on regulating the rules so that everyone agrees and benefits from them.

At the moment there are significant discrepancies between the ways things should be run and the way they are happening. There are two sides to the system that is net neutrality. One being the people in control of the internet flow, and the others being those trying to sell or give internet to their customers. The problem is that one side feels that they are being unfairly forced to pay for a service that should be given. Companies like Comcast can if they want can slow down their internet services to companies like Netflix if they feel like they are not being paid enough. This obviously causing conflict.

The unfair way of the system has caused each side to fight with the other. Because there is conflict, everyone is looking forward to the new rules to be announced soon. Tom Wheeler, chairman of the fcc, is going to make a new set of rules. This is known supposed to fix the issues that are currently taking place, so they both sides can be civil. It is going to be a step in the right direction in net neutrality. 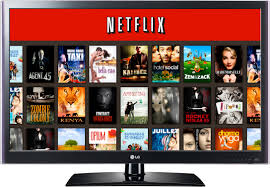