Posted by Desarae Gilbert in Technology- Freshmen - Hull - y1 on Thursday, January 8, 2015 at 11:07 am
Net Neutrality is the principle that internet service providers and governments should treat all data on the internet equally. Net Neutrality is important for teens to know about because teens lives are on the internet. Every likes fast internet speed but its especially important for teens. Teenagers have school work, social media and other needs that requirement the web. It may not seem like a big issue but it is.
We have to protect our right as people to access what we want and how we want on the internet. If bigger companies that use the internet to promote what they sell have faster internet, than everyone else is slowed down. Including teens internet service. If the government doesn't act soon about it then net neutrality will soon be to an end. Computers will slow down and websites will load slower.
If companies paid money for faster service, it will disrupt many things because everything revolves around technology today. Teens need to know that just because it isn't exciting, its still important. Equal web access for everyone is crucial to life. Equality on the internet has been fine so it shouldn't change. Its important for teens to know about net neutrality because it result on their life
http://netneutrality.ca/
http://www.theopeninter.net/
https://www.aclu.org/net-neutrality 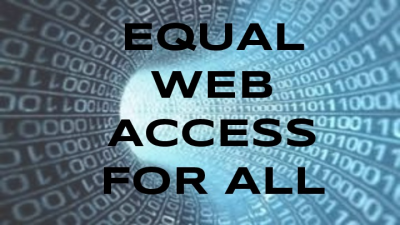